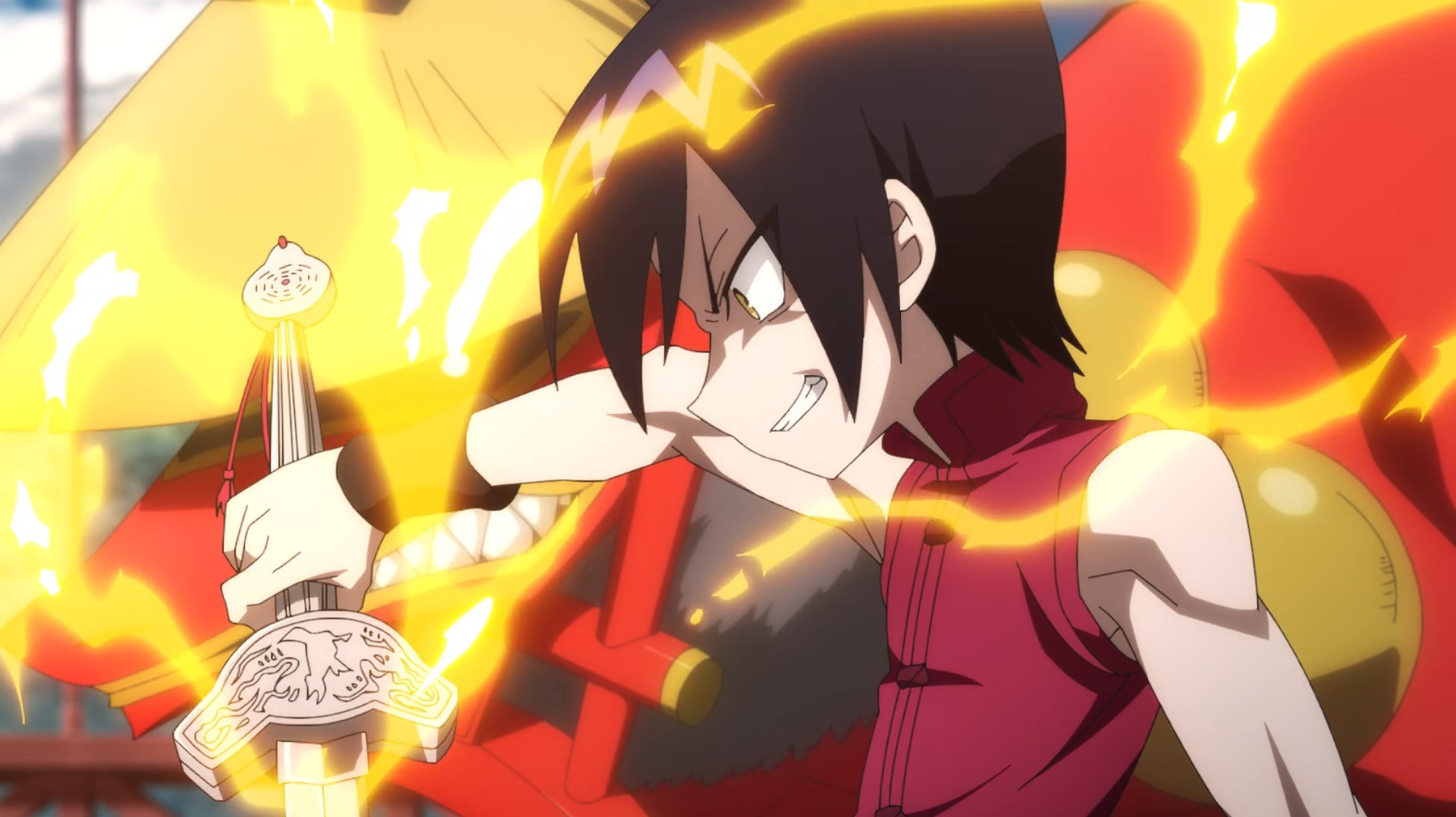 In the previous episode, Shaman King further expanded on the series antagonist's, Hao's, powers. He uses air as the medium for his Spirit of Fire, but if the environment loses all oxygen, he can change his spirit's element at will and effectively, change his medium.

On top of that, the episode did a really good job evolving Yoh's character development as he finally opened up to his friends about his relationship with Hao (in that he's both his distant ancestor and twin brother). Unfortunately, the fact that the first episode already spoiled Yoh's relationship also made Ep. 26 into a pseudo-recap. It was a weird decision by studio Bridge to do that in the first place.

This episode adapts Chapters 144 - 147. Much of it is dedicated towards the fight Ren and Mikihisa, Yoh's father.

Yoh's parents, Keiko and Mikihisa, meet with Ren's family so that they can teach Ren the Chō-Senjiryakketsu. Despite the Asakura and Tao families' touchy history, they agreed to do whatever it takes to stop Hao. However, Ren's father, Tao En, opposes Mikihisa teaching Ren and challenges him to a duel (to which he subsequently gets stomped). 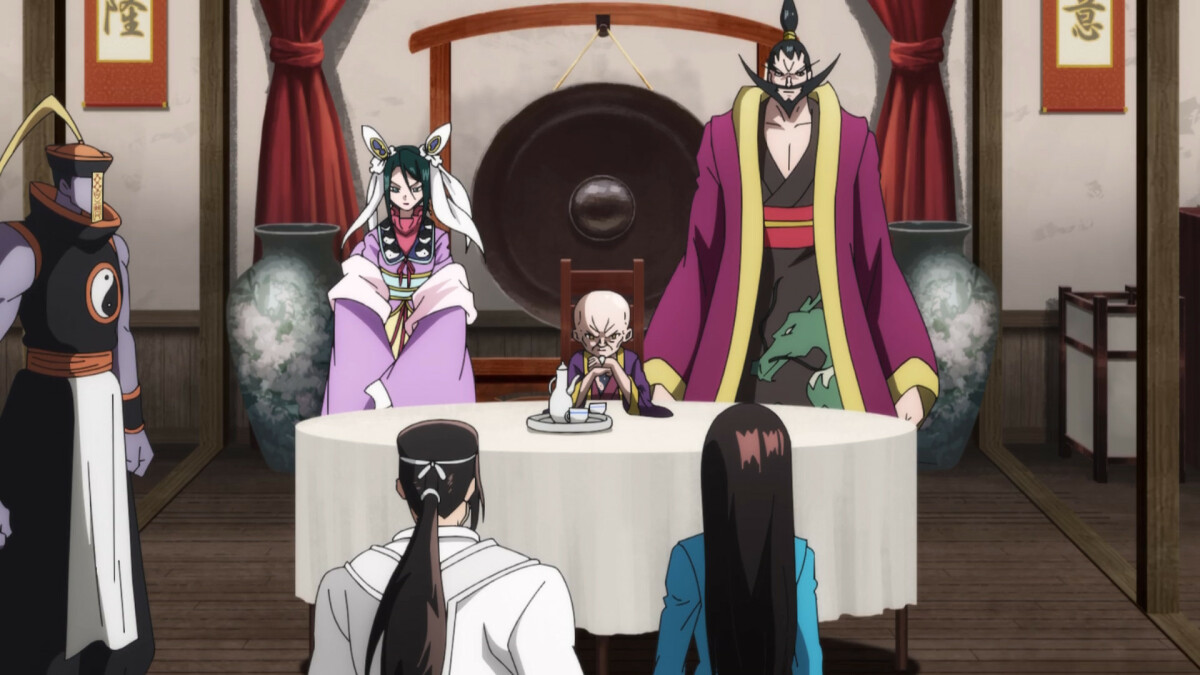 Keiko and Mikihisa Asakura meet with the Tao family.

Meanwhile, Yoh has just finished summarizing his relationship with Hao to his friends, leaving them in utter awe. Furthermore, Yoh reveals that Hao's furyoku level is 1.25 million which completely dwarfs the 9,000 - 11,000 range from the X-Law's Team X-III. While everyone else is intimidated at such a high number, Yoh remains unfazed as he intends to do whatever he can. As this is happening, two Patch tribe members, Magna and Nickrome, notify Hao about Silva possessing the antagonist's techniques on video. 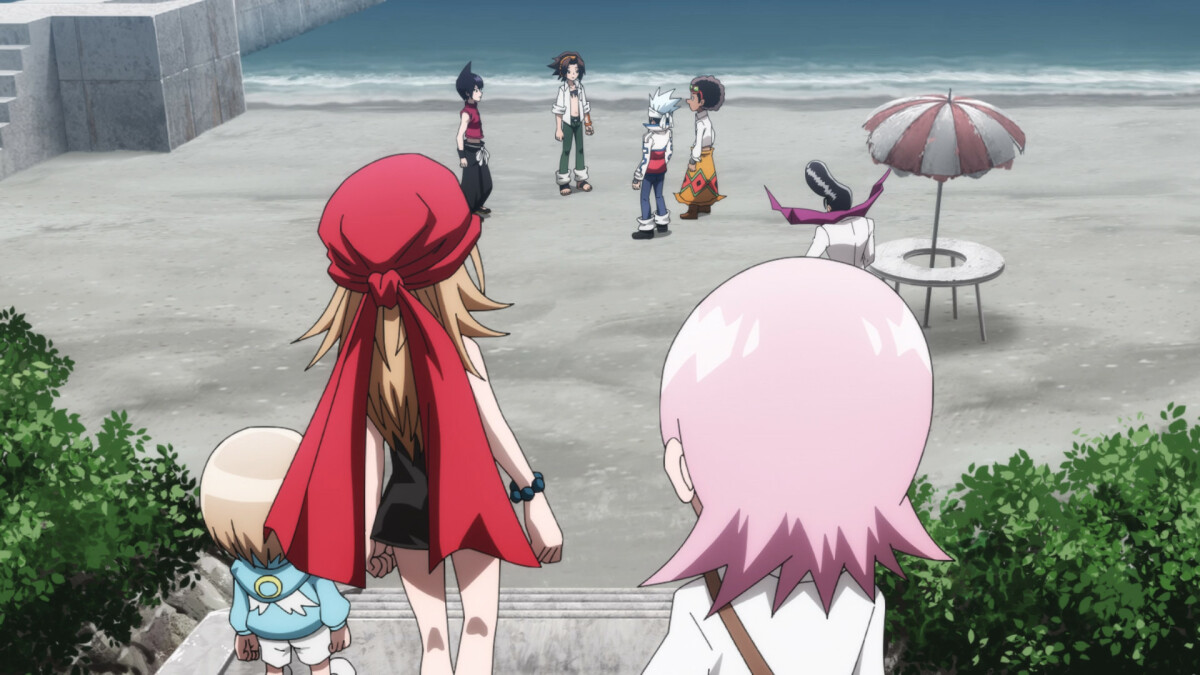 Everyone is silent as Yoh reveals Hao's full capabilities. 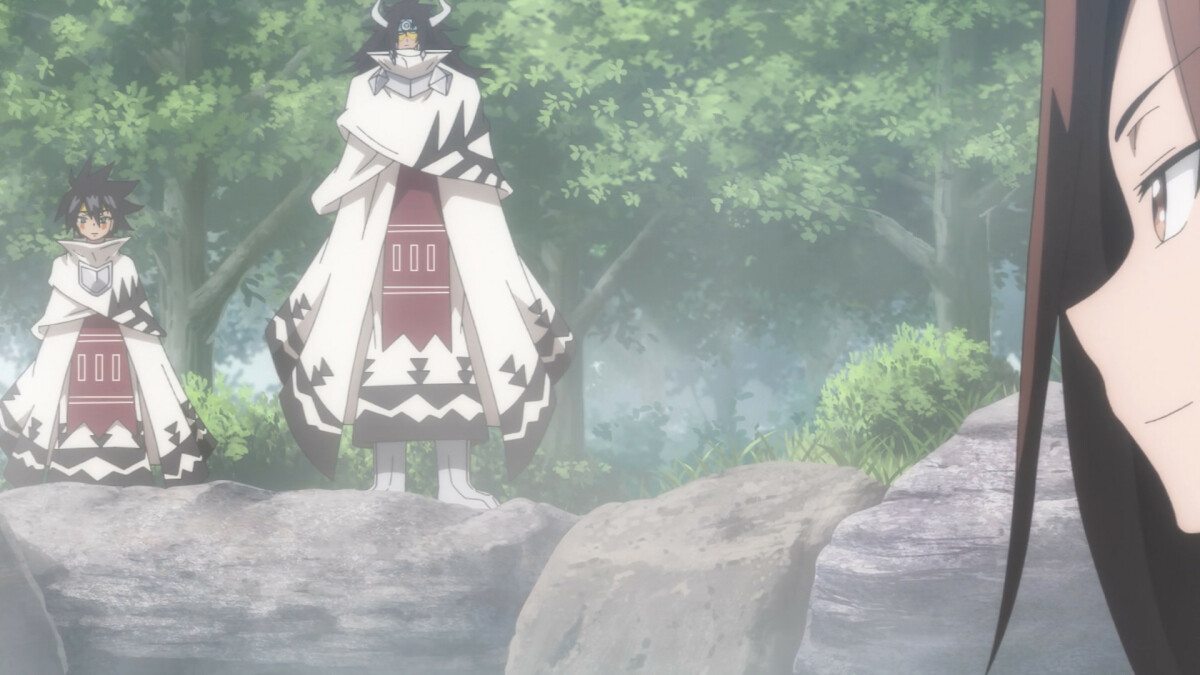 Then comes the main event. As Ren, Horohoro, and Chocolove discuss what they can do to stop Hao, Mikihisa pops out of nowhere. Horohoro and Chocolove are caught by surprise, but Ren was able to sense Mikihisa's presence beforehand, impressing the latter. Yoh's father decides to put Ren to the test and launches the first strike. Ren is able to deflect Mikihisa's punch, but misses on his counterattack. 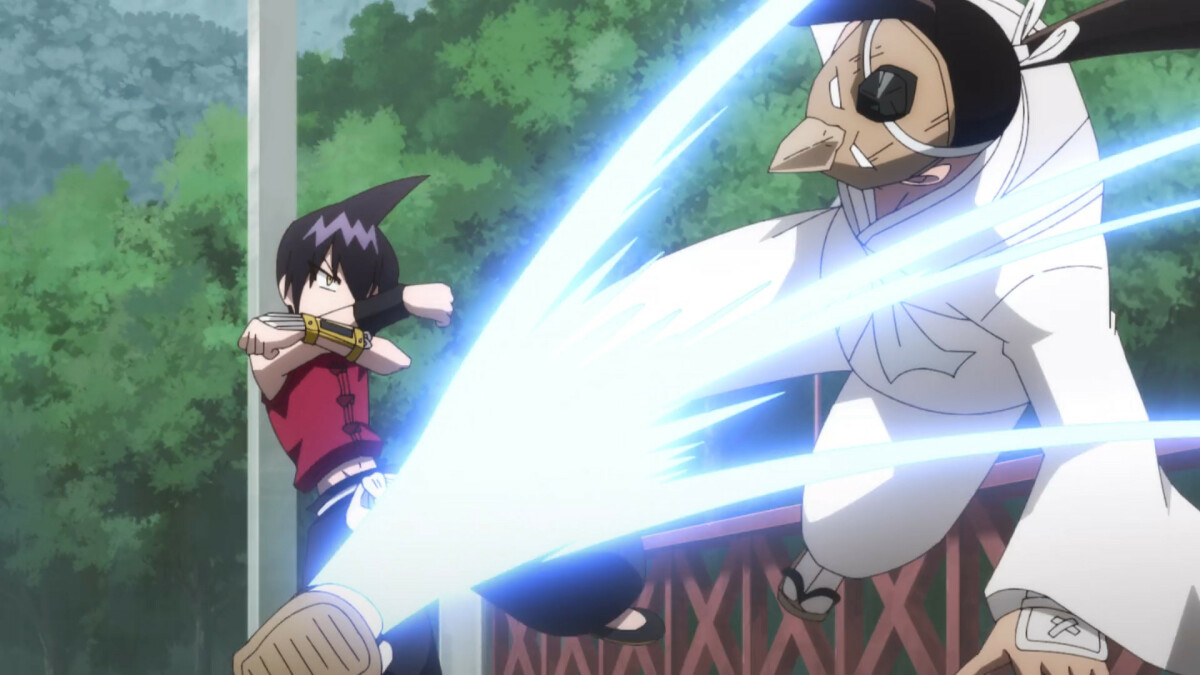 Ren takes out his family's sword, the Hōraiken, and seemingly gets the upper hand, but it turns out he merely destroyed Mikihisa's doubles made by his two spirits. Unable to land a critical hit on the real Mikihisa, Ren brings it up several notches and unleashes his new AOE attack, Sword Mirage, to clear away Mikihisa's doubles. 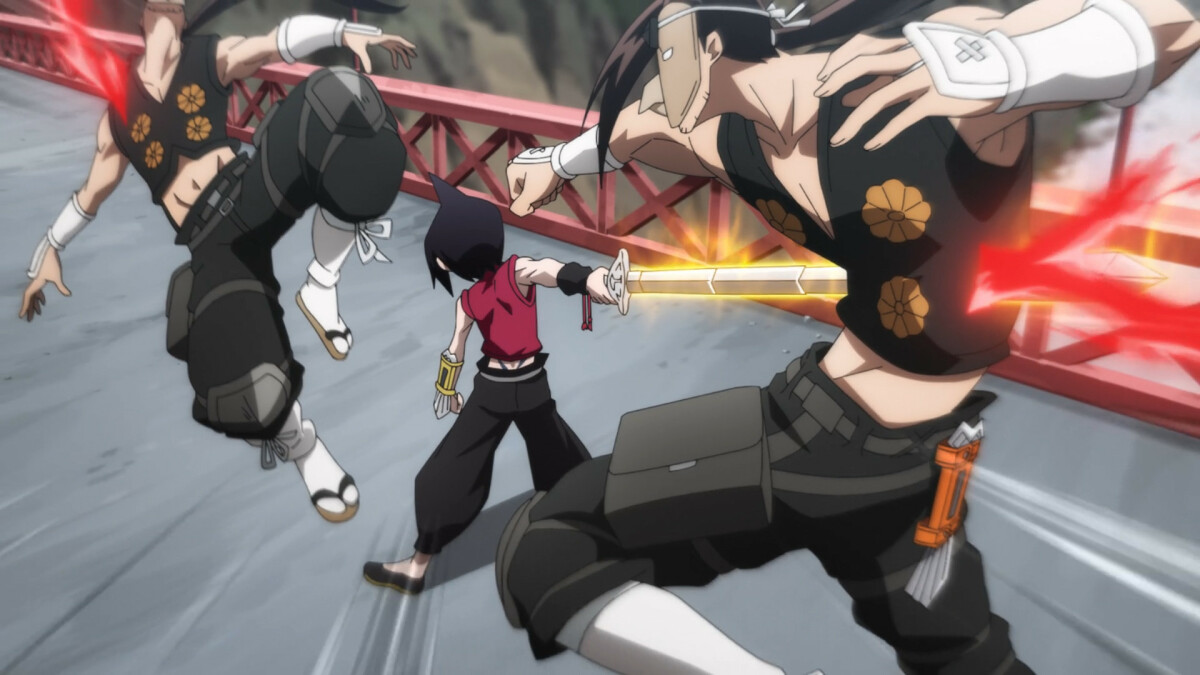 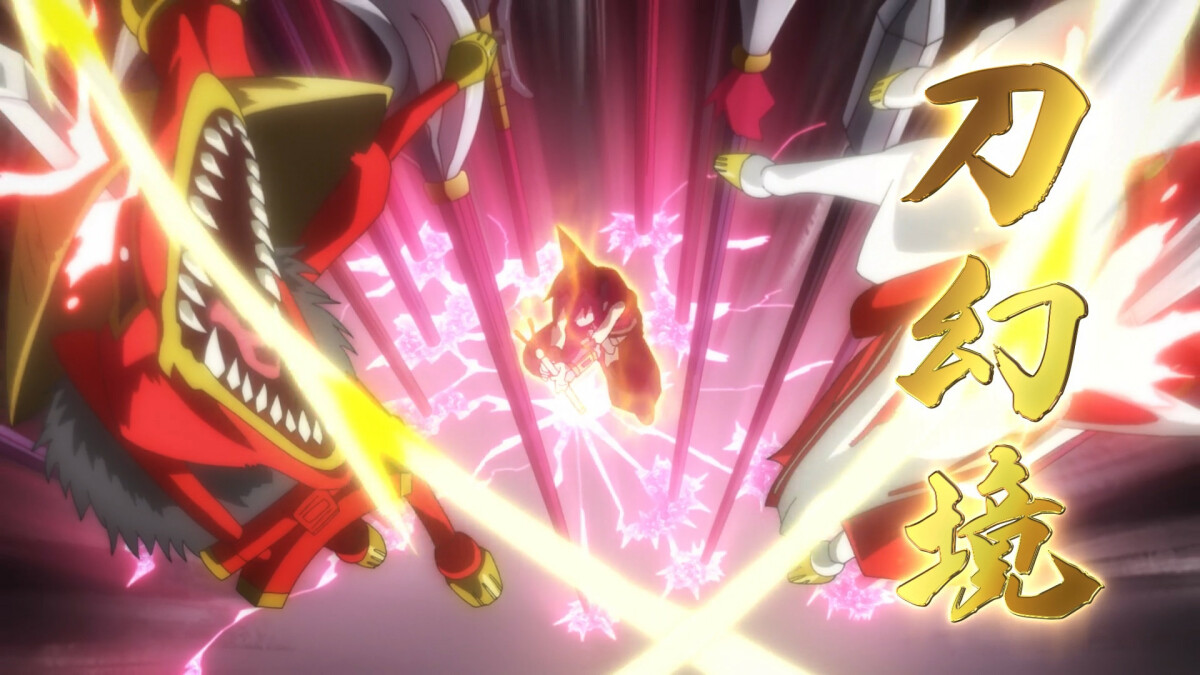 He subsequently attacks the real body, but finds himself instantly smashed to a wall, unable to catch up with Mikihisa's real speed. Seeing Ren getting beat up badly, Horohoro prepares to intervene, but Ren calls him off before the episode concludes. 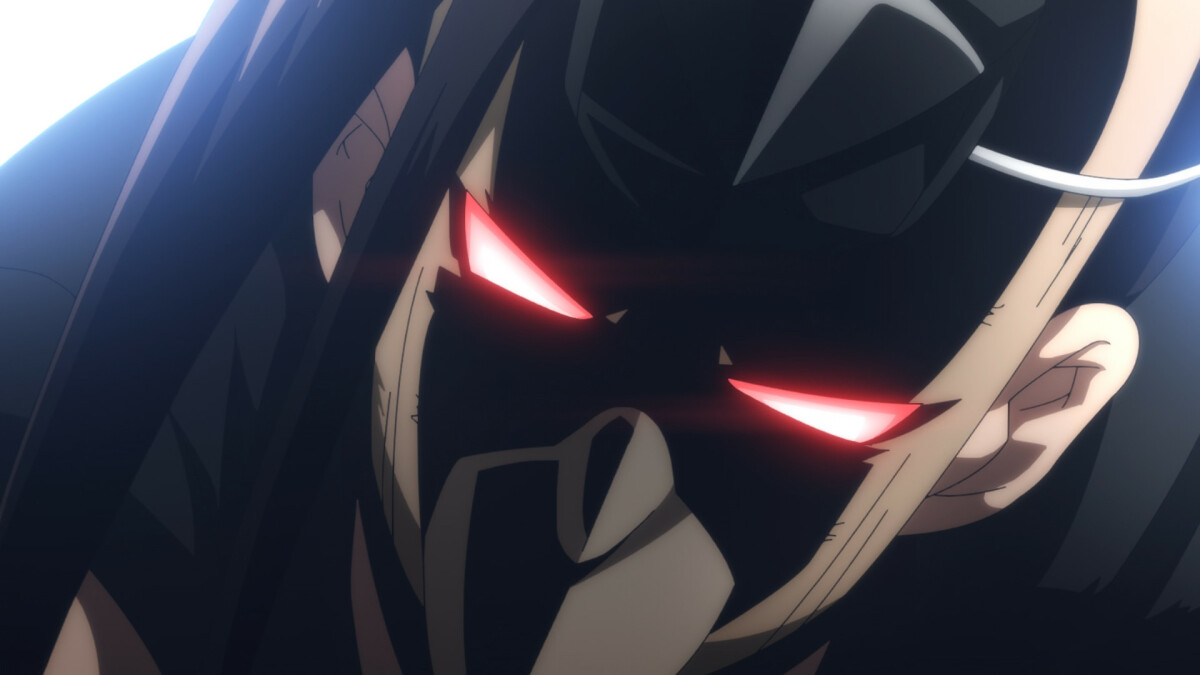 Mikihisa showing off his real speed and demonic strength. 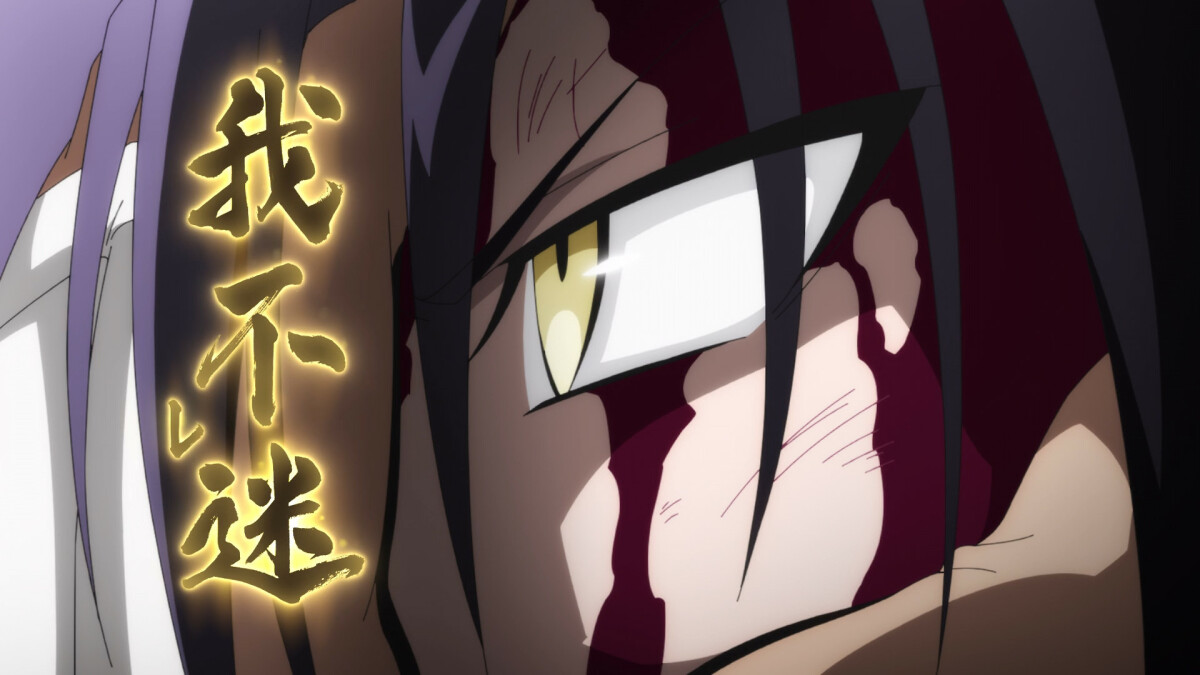 The characters say "I will not yield" in Chinese mandarin.

It's been a while since a Shaman King episode featured some good fighting animations and I'm glad that it has gotten back to that level of quality. The last time I was this impressed was when Chocolove took on the BoZ Brothers and Peyote. How each shot and scene transitioned from one to the next felt fluid and cohesive. Unlike with the Hao vs. Team-XIII battle, Ren vs. Mikihisa provided a sense of space and direction.

On top of that, the effects that accompanied both Ren and Mikihisa's attacks were very pleasing to the eye. The flash of white-blue when Mikihisa threw the first punch provided a good sense of great impact. The streaks of bright red that would appear whenever either one landed a hit were also a good touch. However, nothing beat this scene when Ren charged up his Sword Mirage. That sword twirl was pretty clutch.

The audio throughout the episode was impressive, as well. The punches had a lot of boom and heft to them. When Ren slashed and stabbed Mikihisa's doubles, the sound effects were very fleshy. Musically, the soundtrack perfectly fit all of the scenes and used a wide variety of instruments from the acoustic guitar to the erhu to the violin.

However, the star of the episode has to go to Mikihisa. His speed, strength, and composure makes him really badass compared to Ren's haughty confidence. On top of that, he's very clever with the way he used his spirits as doubles.

Overall, this is arguably the best episode I've seen since the two episodes where Chocolove fought against BoZ and Peyote. My only concern is how the rest of the anime will divide the remaining chapters of the manga. The episodes lately have only been adapting 4 chapters and with how much chapters remaining, the anime will not be able to cover all the material if it keeps going at this pace. I'm not sure how studio Bridge will pull it off, but I really hope it will not cut corners. The anime has its flaws, but it has done an admirable job and I would hate to see its quality suffer because the second half is rushed.