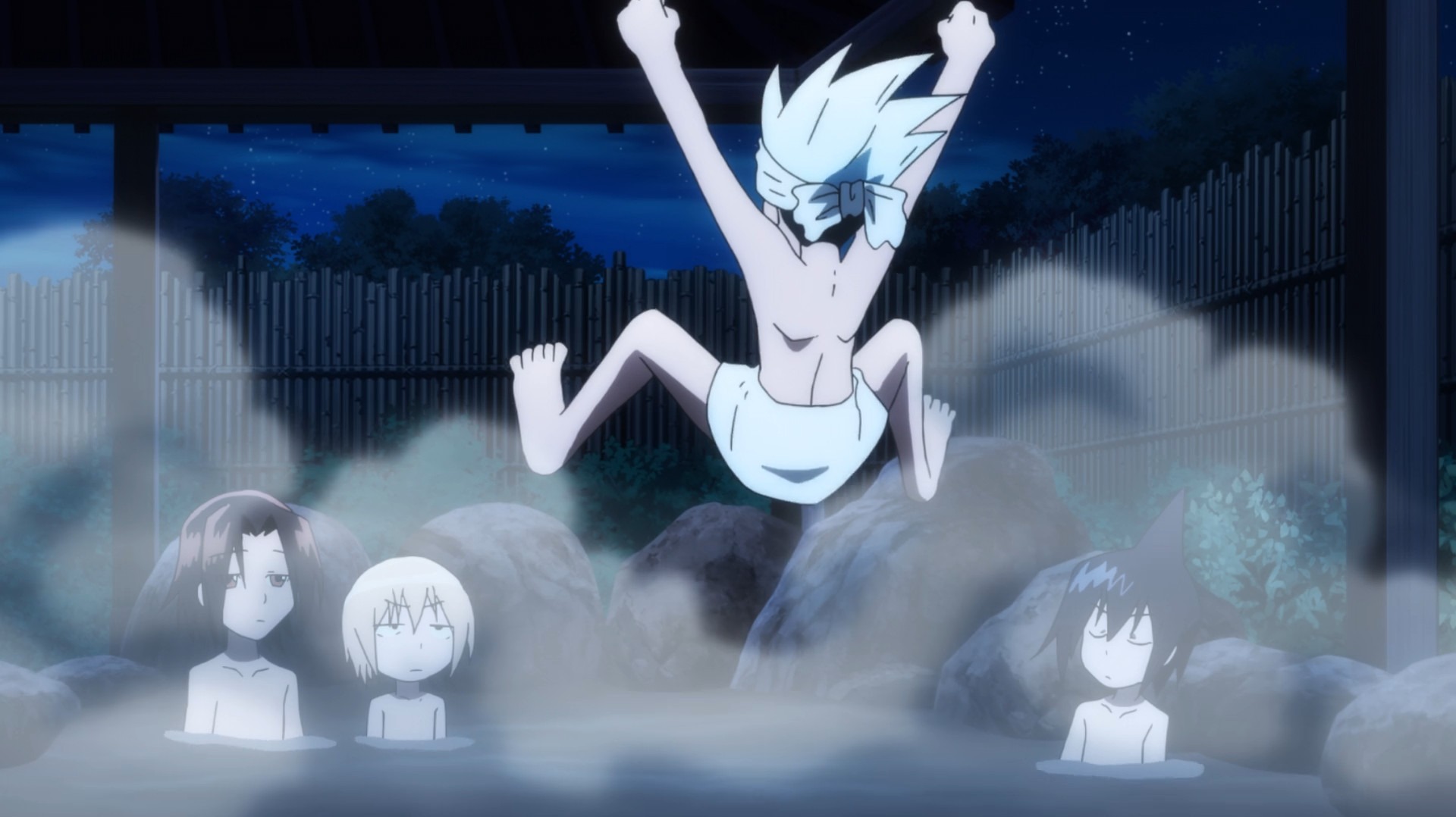 In Episode 9, Yoh and Ren had a very intense high stakes shaman fight. The battle ended in a draw, but the Great Spirit decided to advance both shamans. In my review, I commended the musical score and Romi Park's, Ren's voice actress, performance. The fight was also among the more dynamic ones thus far.

With that said, the anime has slowed things down quite a bit in Episode 10.

Unlike the previous episode, which adapted a record 11 chapters, the 10th episode adapts Chapters 65 - 68.

The anime divides the episode into four main parts: the welcoming ceremony and school scene, Yoh and friends celebrating, Yoh running into the BoZ brothers, and Ren's return to China.

During the ceremony, Goldva warns to all contestants that the upcoming battles will be more intense and they will never return to "normal" life again. The next morning, at school, Yoh is still trying to process everything before Anna talks some sense to him. 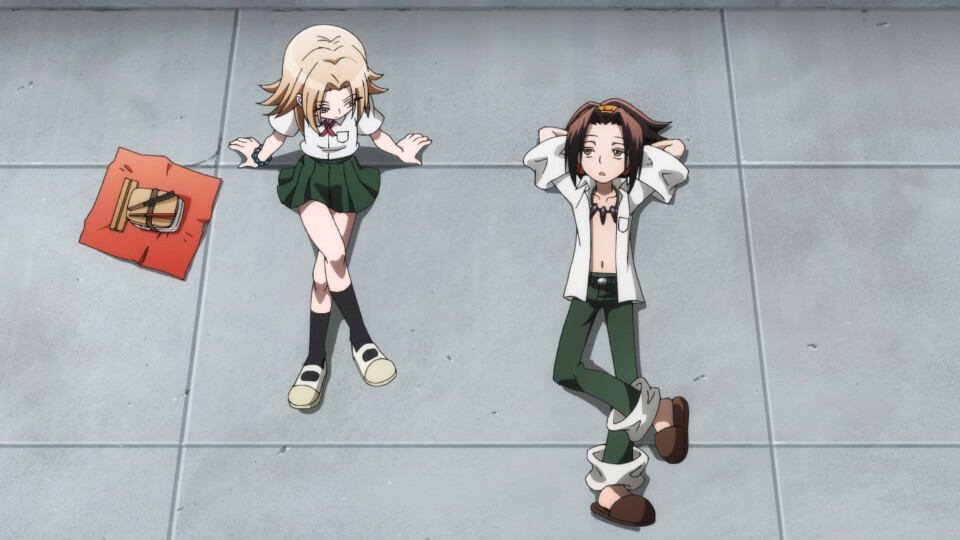 Yoh telling Anna how he can't tell what's real and what's not.

After school, at Yoh and Anna's house, they plus Horohoro, Pirica, Manta, Ren, and Tamao celebrate their advancement together. Ren personality clashes with Horohoro's, but in a funny twist, Bason actually cries at his master finally having fun. After all the festivities are over, Ren decides to head back to his home in China, but not before he opens up to Yoh about his loss of focus on his goal. 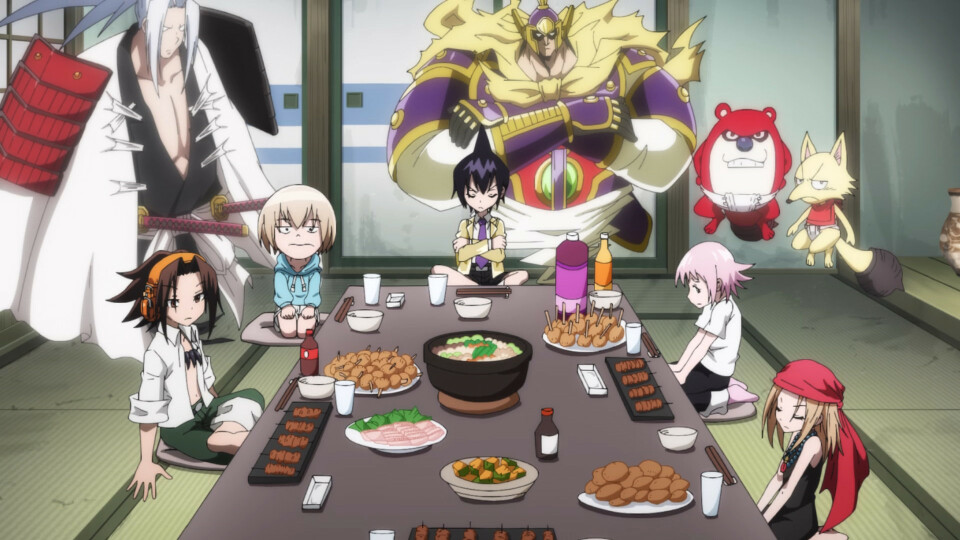 Yoh and company about to celebrate. 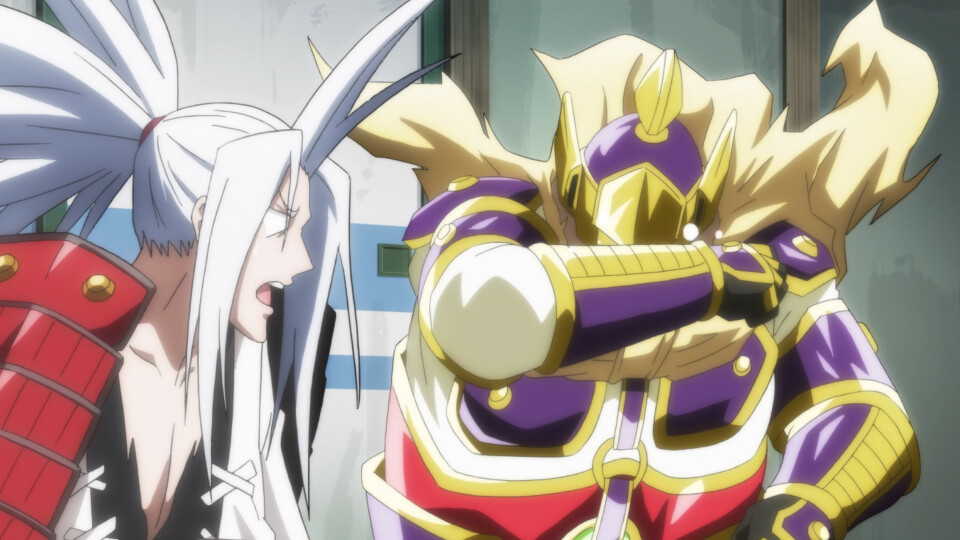 Amidamaru shocked at Bason crying that Ren is finally having fun in his life.

The anime transitions to the next main scene as Yoh and Tamao run into two rock n' roll priests called the BoZ (literally a pun on the Japanese word for monk, bozu) brothers during their grocery trip back home. The priests are up to no good as they intentionally found Yoh to eliminate him from the tournament by taking Amidamaru and using their unorthodox rock n' roll sutra to send him to the afterlife. Yoh tries to get Amidamaru back, but the BoZ brothers' chimimoryo spirits manage to keep him down. 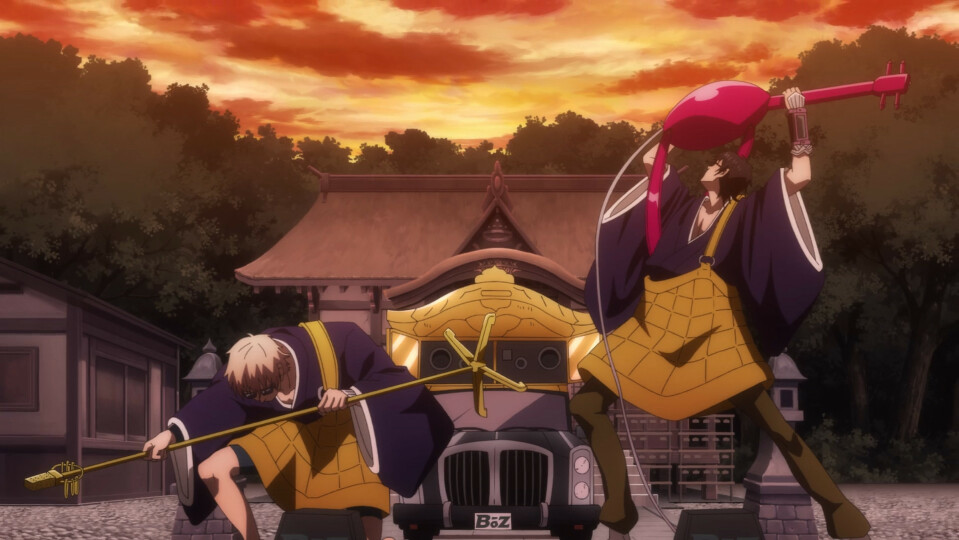 The BoZ brothers and their boombox car. 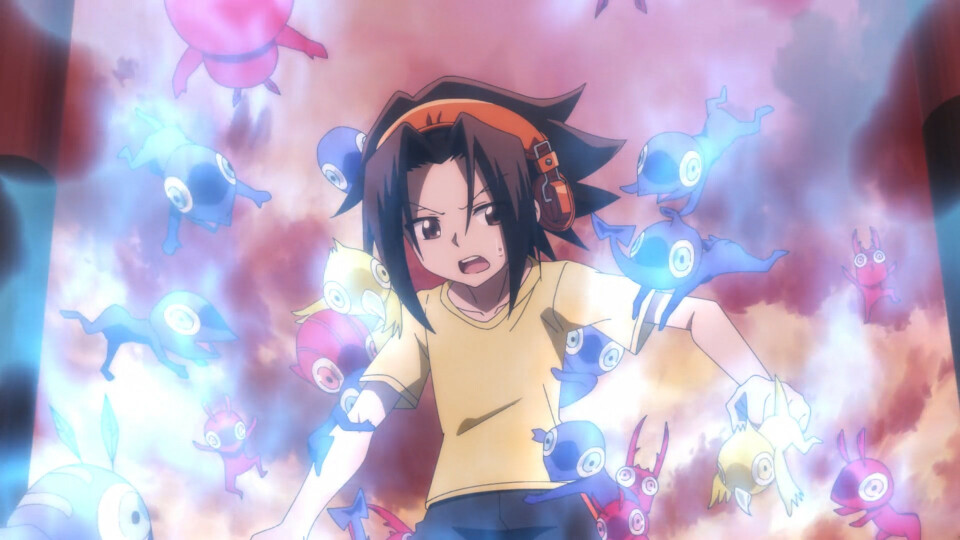 Yoh restrained by the chimimoryo.

Yoh is able to overcome the chimimoryo with his own willpower, but without his spirit, he is easily outgunned. However, Ryu manages to save the day as he and Tokageroh take down BoZ's spirits and split their boombox car in half. Yoh, Tamao, and Ryu all return home where Ryu explains how he became a shaman through Yoh's grandfather's training. There is also a small scene of Hao Asakura hearing the news of the BoZ brothers, who are actually his followers, failing to eliminate his twin brother. 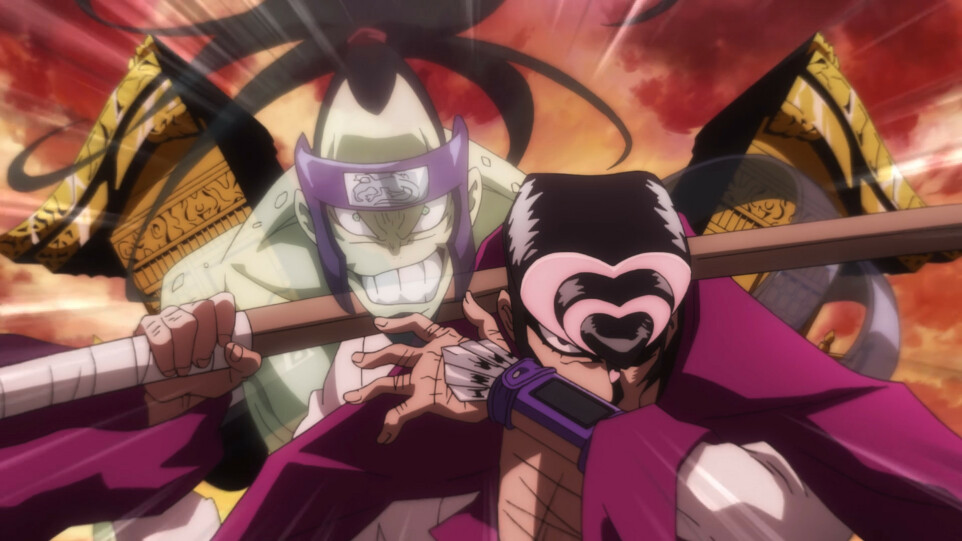 Ryu and Tokageroh successfully stop the BoZ brothers to save Amidamaru. 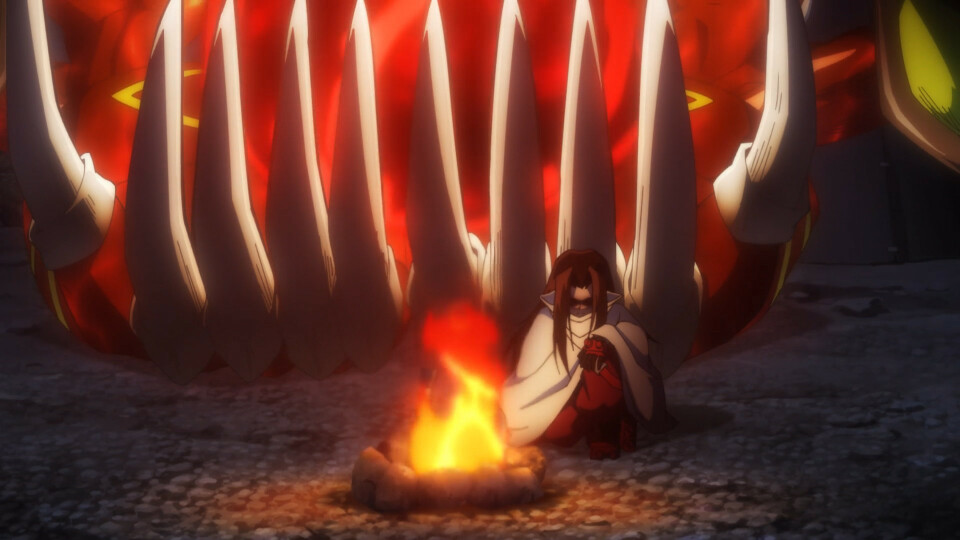 Meanwhile, Ren takes a very length journey back to his home. During a train ride, he accepts a bun from an elderly stranger which surprises Bason as he typically is not that accepting. Ren reveals to Bason that because of Yoh, he has realized the error of his hatred-filled destructive ways. As a result, to end the cycle of hatred, he intends to defeat his father. Once he reaches home, he is "welcomed" with the Tao family's zombie corpses ready to fight him. 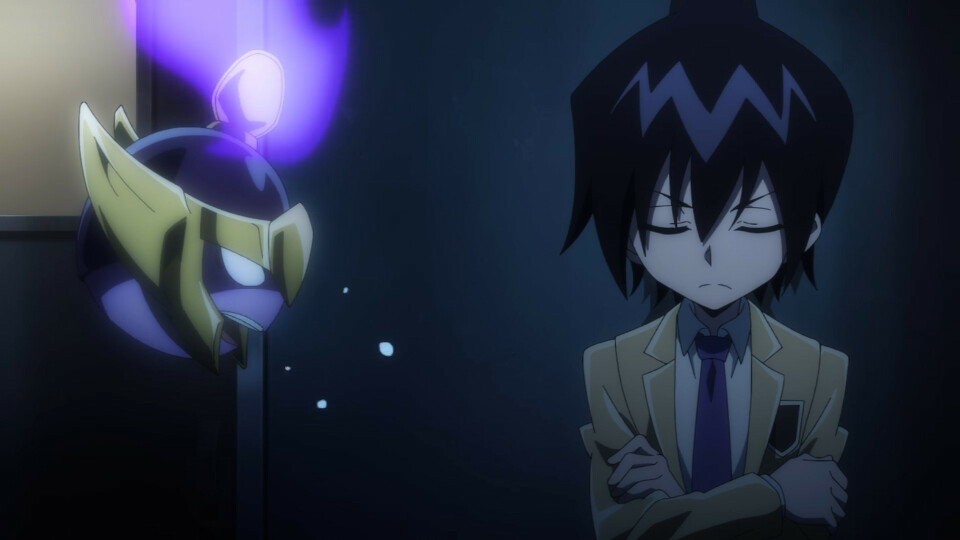 A baffled Bason asks Ren why he acted out of character when he accepted the elderly stranger's bun. 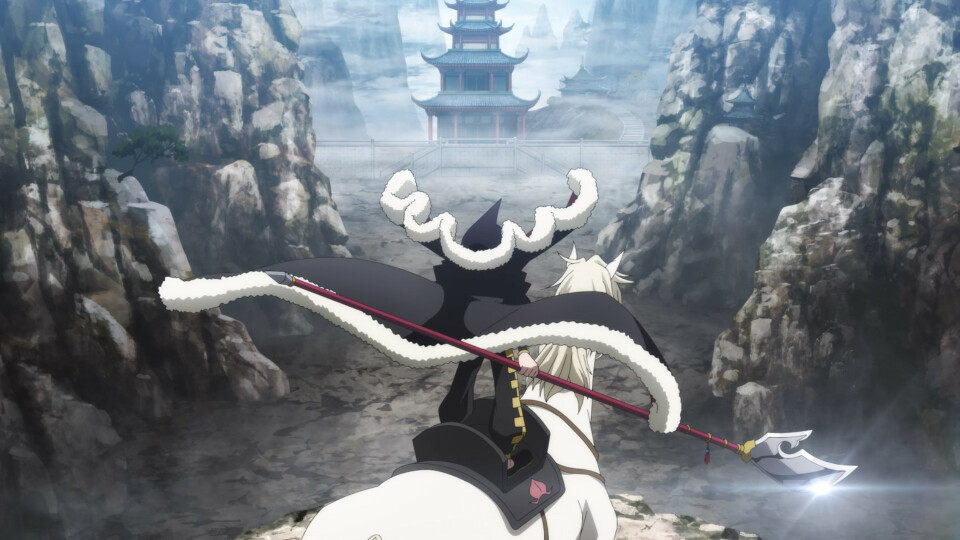 Watching this episode gave me a little bit of a whiplash. The recent episodes adapted at an average of 8 chapters with Episode 9 adapting a whopping 11 chapters. Suddenly, this one adapts only 4 chapters. As a result, the usual quick pace slowed down immensely. However, I do think it was necessary and overall, it worked out.

I liked how Ren is beginning to soften up and abandoning his edge-lord tendencies. It was really nice seeing him having a friendly conversation with Yoh and sort of opening up about his personal issues before he left for home. The anime does a good job revisiting it in the last quarter of the episode during Ren's journey back home. His monologue in the train contained a lot of introspection and development.

The introduction of the BoZ brothers was pretty funny and I was surprised that the episode featured not just one original song, but two. The first one, "Johbutsu! Sankiemon!", had a pretty catchy beat. It also struck a nice balance in its mixture of modern electric instruments with traditional Japanese instruments. The second song, "Chimi-chimimoryo", also sounded pretty good, though the episode used it more as BGM so it didn't pack as much of a punch as the first song. You can actually give both songs a listen on Spotify if you're curious.

While this episode was a step down from the previous one, it still hit the story beats effectively. The pacing may be slow, but it was not boring. There was a good amount of humor sprinkled throughout like Ryu explaining the history of his pompadour somehow growing like a plant, Ren and Horohoro's bickering, and Anna getting pissed at Yoh and Tamao having a "date". There was also a good amount of wholesome moments like Ren having a friendly conversation with Yoh and Tokageroh being more friendly towards Yoh and Amidamaru.