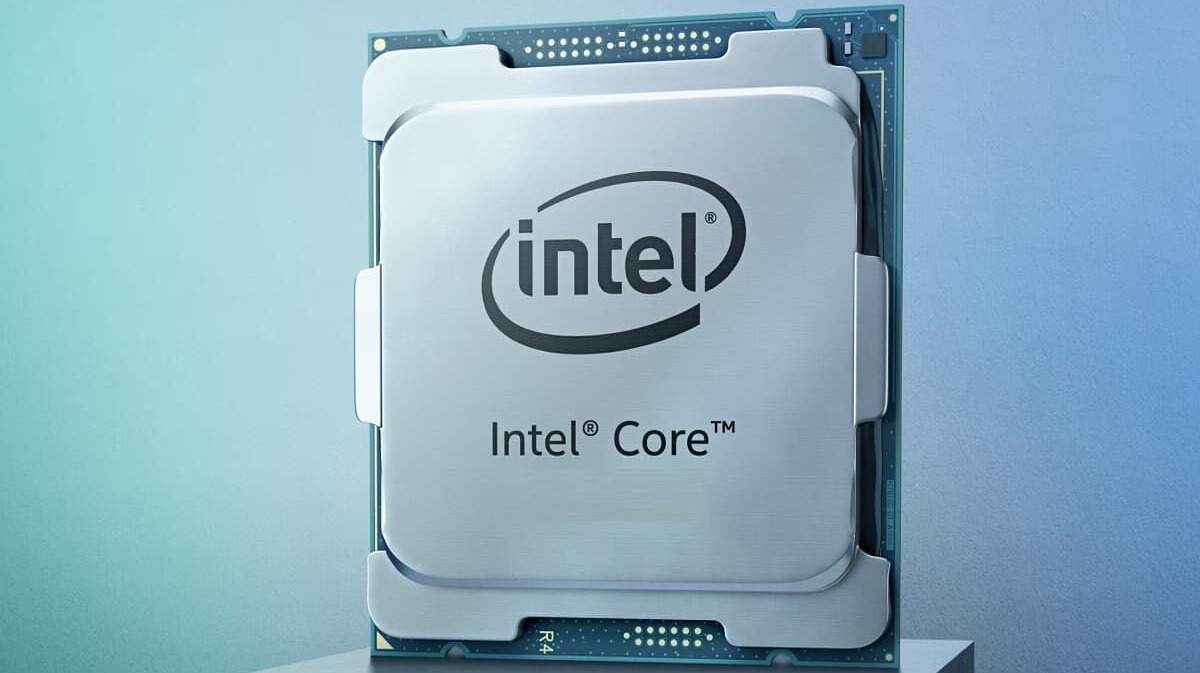 For the longest time, Intel had been the leader of the x86 CPU industry. For much of the 2000's and 2010's, AMD could not compete with Intel's offerings. Bulldozer, especially, was a disaster. However, the CPU market began to shift when AMD released their first generation Ryzen chips. While Zen 1 did not close the performance gap, it did put AMD back on the map. The company was able to capitalize on the momentum with Zen 2 and its impressive IPC uplifts. Intel's chips still had better gaming performance than Zen 2, but it was by very small margins. On top of that, AMD sold the Ryzen 3000 series at very competitive prices.

Meanwhile, Intel has been struggling with their 10 nanometer process, unable to get the yields it wanted. As a result, the company released multiple 14 nanometer refreshes to buy themselves some time as it tried to work out the 10nm kinks. Yields have improved, but unfortunately, not to the point that Intel can completely phase out the 14nm lithography.

The problem is that AMD was bound to catch up thanks to their close relationship with TSMC (Taiwan Semiconductor Manufacturing Company). Last November, AMD pretty much did that and then some with the launch of their Zen 3 CPUs. Thanks to the unification of the L3 cache, it substantially reduced the core-to-core latency which greatly improved gaming performance. Combine that with the clock boosts and IPC uplifts, Zen 3 effectively took the gaming CPU crown away from Intel. 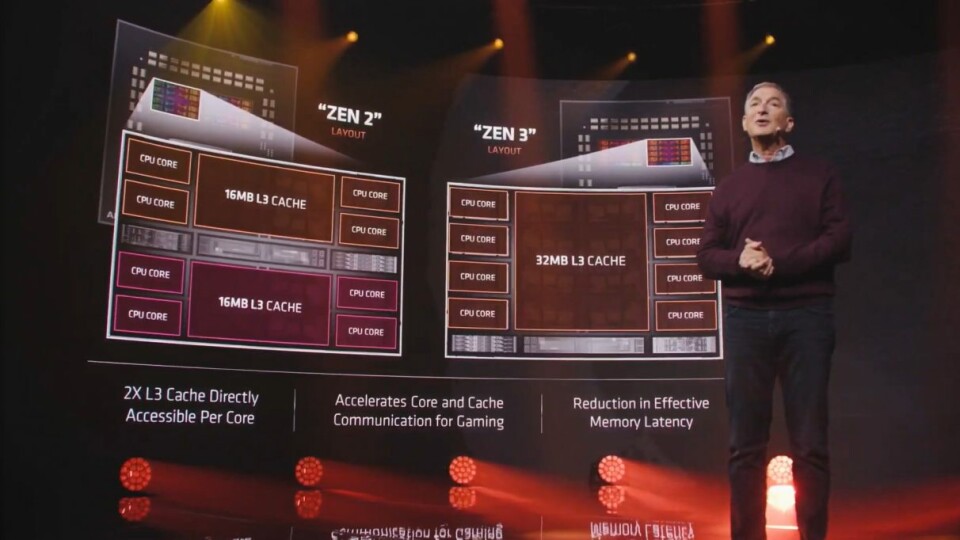 On March 30, Intel will launch their 11th generation Rocket Lake CPUs to the market. Recently, benchmarks of the 8-core 11700K have been published, most notably from Dr. Ian Cutress of AnandTech. Unfortunately, the results are a bunch of yikes as I read through Dr. Cutress's report...

The chip draws quite a lot of power from the wall. In the AVX2 benchmarks, the 11700K saps at a peak of almost 225W. In comparison, the Ryzen 5800X only draws about 141W. The 11700K is also more power hungry than its 10th generation Comet Lake counterpart.

Thermals do not look impressive either. On the POV-Ray benchmark, the CPU hits 81C with a power draw of 225W. 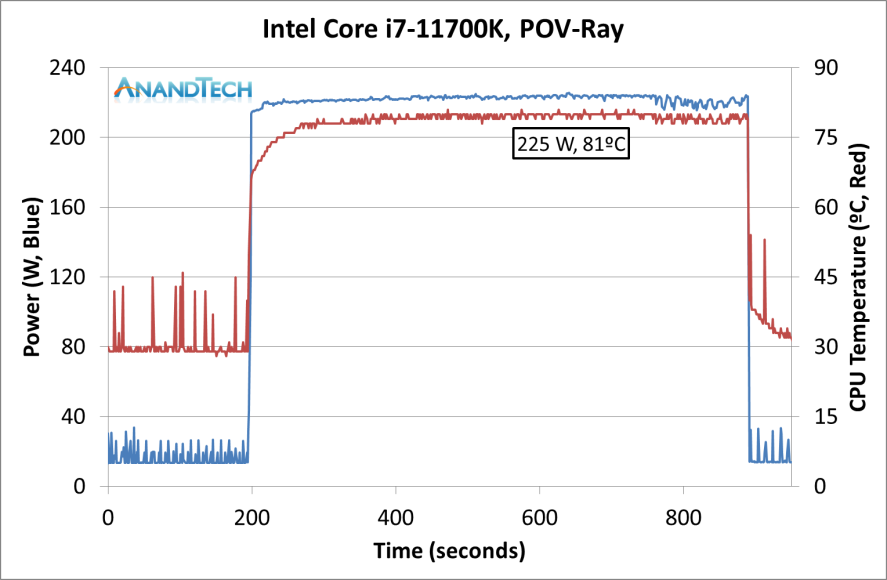 But what is the most shocking to me is the core-to-core latency. Not only are the latency numbers inconsistent, but the number of milliseconds are also large with some exceeding 31ms. In contrast, the Ryzen 5800X has significantly smaller core-to-core latency with the largest number hitting 19.3ms. 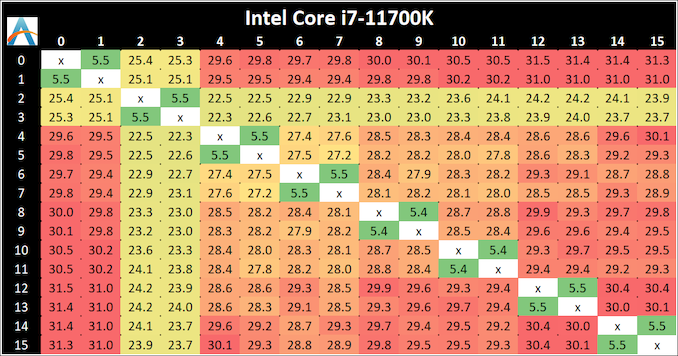 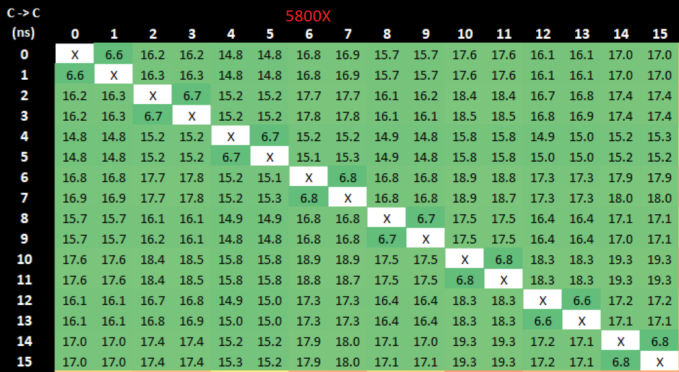 These are not encouraging numbers as games perform better when the core-to-core latency is low. High latency was the main reason why Zen 2 fell short of Coffee Lake even though it had a large IPC increase. Not surprisingly, AnandTech's gaming benchmarks show the 11700K lagging behind its competitor. I'll be using Game Debate's republishing of Dr. Cutress's results as its graphs include both average FPS and 5% lows. 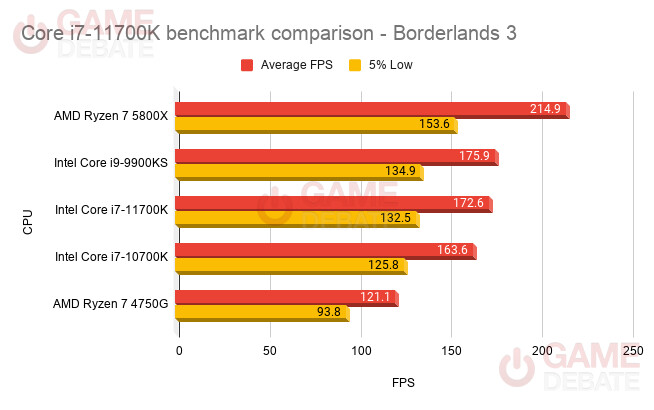 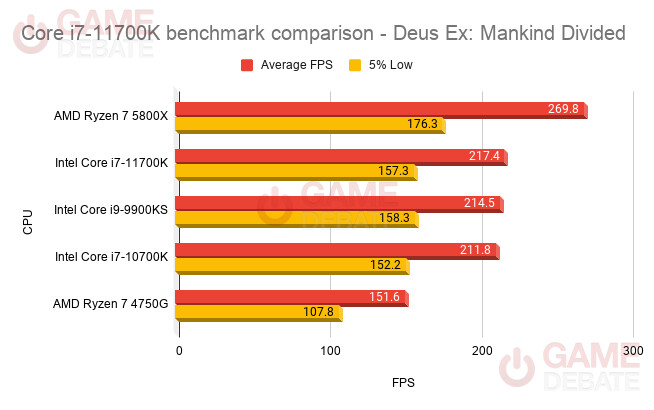 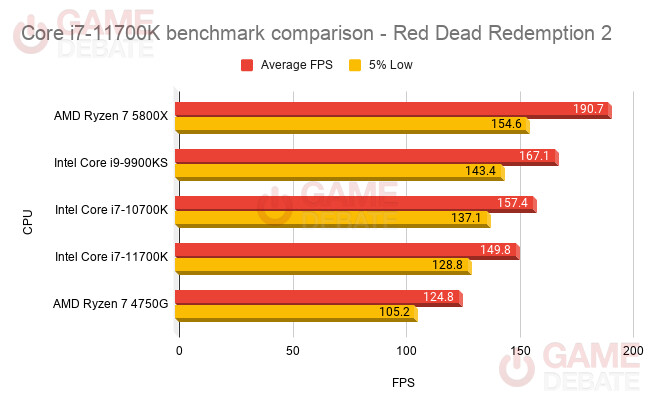 It is said that Rocket Lake will receive a BIOS update that fixes the core-to-core latency issues. How much improvement the update will bring to the 11700K remains to be seen. Regardless, this is a sign that Intel needs to improve its 10nm situation as quickly as possible. The 14nm lithography can only be refreshed for so much, and it shows with the 11700K's high power draw and thermals.

There is a reason why AMD increased the MSRP of the 5000 series chips over their 3000 series counterparts. AMD knows that Intel is struggling mightily. For instance, Intel kept talking more about AMD than their own products in their September keynote, which drew criticism and ridicule from big tech channels like Gamers Nexus. Thanks to Intel's stumbles, AMD has felt emboldened to raise prices and sell at higher profit margins.

I am hoping that the 10nm-based Alder Lake architecture will be a different story. I've seen how much money Intel tried to get away with back when AMD was not competitive. The last thing this market needs is AMD doing the same thing.