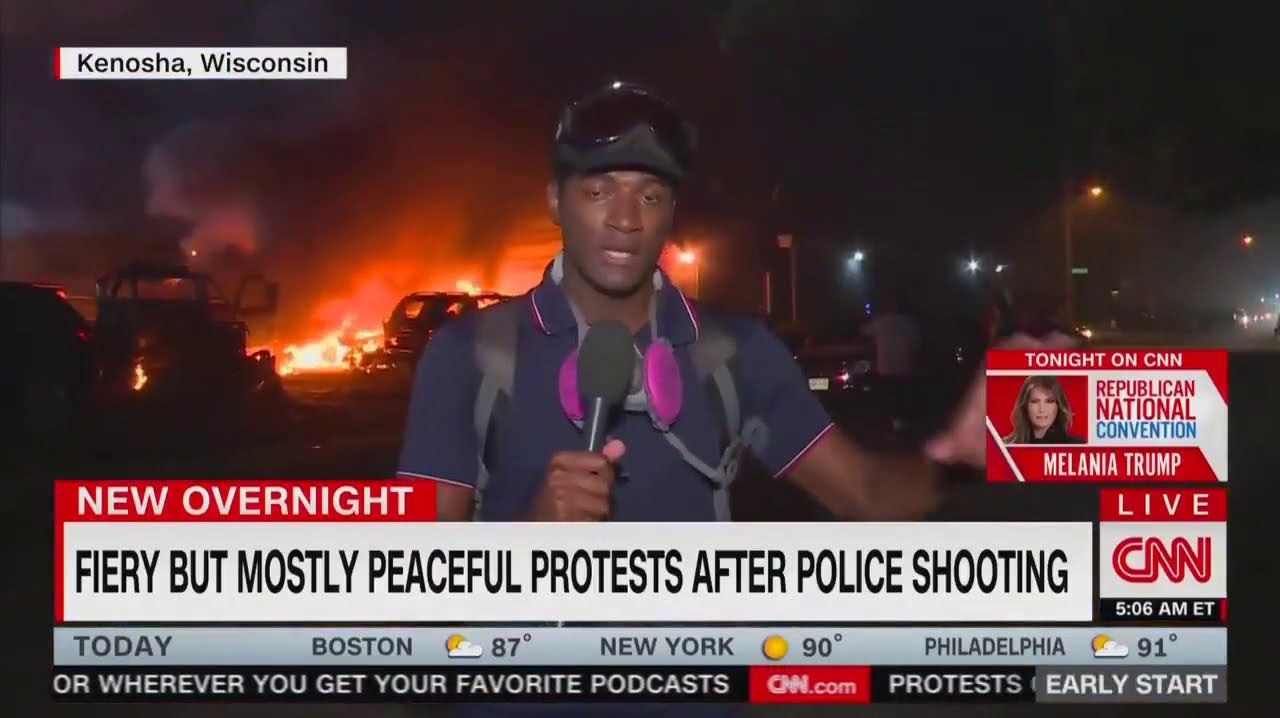 Ah, CNN, the gift that keeps on giving. The mainstream TV news network has been caught multiple times doing shady stuff like gatekeeping, omitting key parts of first hand accounts, or even staging footage. To cite a few examples, you remember Chris Cuomo claiming that reading Wikileaks is illegal?

There was also that time where CNN said Kimberly Neal called for peace, but deliberately left out the part where she said to "take that shit to the suburbs" of which "that shit" refers to violent riots:

Lastly, after the knife attack at London Bridge, CNN staged a protest of which they tried to present it as a genuine, organic gathering. While the protesters might have already been present, this still violates the NPPA principles, notably #5 in the Code of Ethics:

While photographing subjects do not intentionally contribute to, alter, or seek to alter or influence events.

So what has CNN gotten into this time? Well, Project Veritas has uploaded a trio of videos of technical director, Charlie Chester, that has revealed rather alarming, sinister motivations. On top of that, CNN has learned the hard way of how "an enemy of my enemy is my friend" is not always the case.

The first video of the trilogy covers CNN basically acting as a political action committee (PAC) to get Biden into office:

One example of CNN's PAC-like activities is the double standards when it comes to Trump and Biden's health. With Trump, CNN made a mountain out of a molehill from his hands shaking by bringing in medical guests to speculate that he was neurologically damaged (2:23). At 2:50, Charlie Chester straight out described it as propaganda. In contrast, the network would show shots of Biden jogging to portray him as fit (3:41).

In the second half, it covers how CNN took advantage of COVID-19 for the ratings, but how recently, it reached a point of fatigue. As a result, the network is setting its sights on pushing more climate change-oriented news as its new "COVID".

Speaking about COVID-19, the second video of the trilogy covers more of the fear mongering aspects of CNN's coverage:

As a way to instill fear into their audience, CNN constantly presents the COVID-19 death count number on the screen. At 2:11, Chester even confessed at how he would root for the death toll to rise which is honestly disturbing. When asked about why the news channel does not show the recovery numbers, Chester replied that those numbers are not scary. After that, he finished with an eyebrow-raising catchphrase: "If it bleeds, it leads".

Later in the video, it shows some of the more manipulative aspects of the network. At 6:36, Chester stated how when CNN reporters ask questions, they're not actually asking questions. Instead, they are actually shepherding interviewees into what the network wants them to say. At 8:01, Chester also revealed how CNN would only invite people who have a proven track of taking the bait.

In the last video, Chester reveals the network's racial biases in its news coverage:

Chester revealed the network's bias towards BLM. He bemoaned how the Asian hate crimes committed by black men were hurting the optics of the organization. Later in the video, the technical director mentioned how news "focusing on the color of people's skin that aren't white" don't get as much attention. Lastly, Chester admitted again to the propaganda (3:31) and elaborated how "forcing a story" can "shape an entire people's perception".

Betrayed By The People You Root For

Recently, some of CNN's reporters have gone to Brooklyn Center, Minnesota to cover the riots. One of their reporters decided to pull over a random bystander for an impromptu interview and the man was not having it:

And I have to agree with this individual when he said that when the media covers the riots, the riots get worse. Look at the thumbnail of this article. When heinous crimes and the destruction of people's livelihoods are romanticized as "fiery, but mostly peaceful", does that deter rioters? No, they're like "Oh cool, not only are getting publicity, but we're getting positive publicity!".

In another instance, other CNN reporters learned the hard way of how "an enemy of an enemy is my friend" is not the greatest piece of advice:

While CNN has become some sort of a proverbial punching bag, it is merely the tip of the iceberg that is corrupt, activist news. CNN, Fox News, MSNBC, ABC, Breitbart, Newsmax, NYT, Washington Post, NY Post, and many others? Too many people believe them at face value and never really take the time to verify the news for themselves. All outlets proclaim to be unbiased, but the reality is that they have a large degree of bias in whatever direction. If that does not convince you, then allow me to link this peer reviewed study to show how unreliable TV news (and Facebook) are at providing accurate COVID-19 information.

A key word of advice: Do not trust any single news source. If you want to be up to speed on current events, then you would need to read and listen to as many perspectives as possible. Yes, that entails reading or listening from outlets you despise. If that is too hard, then look for unfiltered primary sources. You don't like Project Veritas or James O'Keefe's commentary? Then only watch the first hand footage (provided it is not doctored in any way) and make your own judgement.