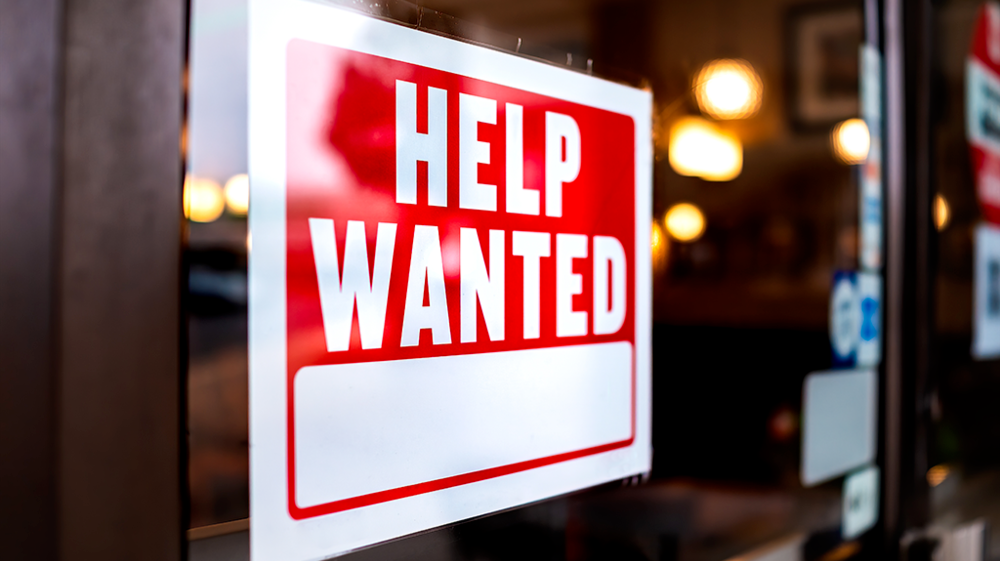 After Joe Biden's first two full months in office, he did not hesitate to tout how his administration oversaw the most amount of new jobs than any administration in history within the same timeframe. The numbers were indeed pretty impressive. In March, the US economy added 916,000 jobs and reduced the unemployment rate to 6%. This significantly exceeded the economists' expectations of 675,000 new jobs.

Unfortunately, the good news came to a screeching halt when the April jobs report recently came out. If you ever ever watch any sports, you probably have heard of the saying "Play the full 60 minutes" or "Play the whole 9 innings" because you don't want your opponent to make a sudden comeback. Well, the same lesson applies here.

According to CNN, the US economy only added 266,000 jobs last month. The actual number fell way short of the economists' prediction of 1 million new jobs. On top of that, the unemployment rate increased from 6% to 6.1%.

This could be an ominous precursor to what's the come or this could merely be an anomalous blip. Regardless, according to independent journalist, Tim Pool, this was the biggest whiff in 23 years, meaning economists were not just wrong, they were very wrong. In addition, revisions to the February (+68,000) and March (-146,000) job reports yielded a net negative of 78,000 jobs. So what the heck happened?

When you look at the amount of job openings across the US, you can see that there is an upward trend:

However, even though the number of job openings have increased month-over-month, the number of added jobs fell way short of expectations in April. So what gives? According to the Chicago Tribune, small business owners cite multiple reasons for their struggles at finding new workers, one of which involves unemployment benefits. They said that would-be workers "prefer[red] to live off unemployment benefits that are significantly higher amid the pandemic". 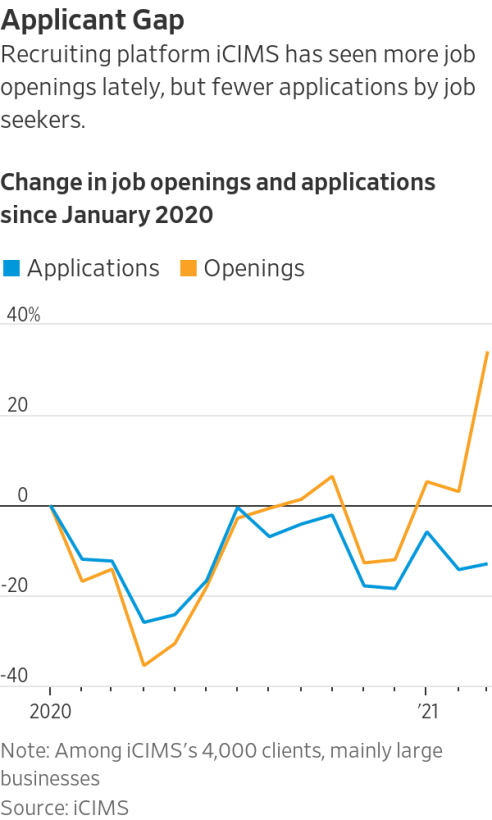 The disappointing results of the April jobs report have led to some calling for ending the supplemental unemployment benefits, including US Chamber of Commerce Executive Vice President and Chief Policy Officer Neil Bradley: 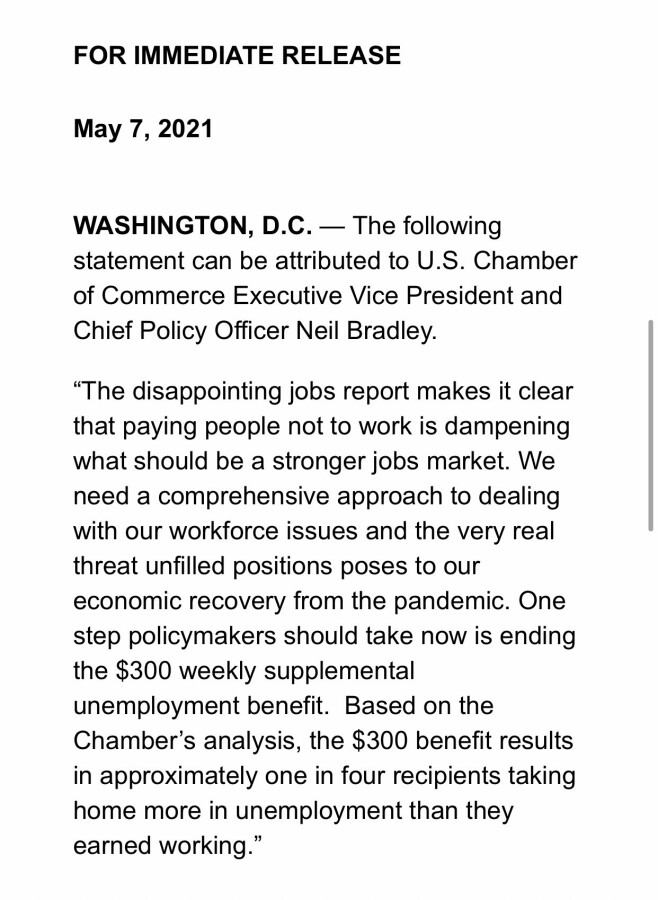 In the concluding sentence of his statement, he mentions that about a quarter of recipients receive more money from the unemployment benefits than they earned from working. According to the Wall Street Journal, "the average unemployment recipient earns better than the equivalent of working full time at $15 an hour". On top of that, the availability of these benefits last about three times longer than what most states typically allow.

We don't know yet if this is just a temporary blip or a beginning of a dismal trend. However, we can definitely say that Joe Biden counted the chickens before the eggs hatch when he touted February and March's positive numbers. As clearly shown, while job openings have increased substantially over time, applications have not followed the same trend.

Progressives have called some lawmakers' calls to end the enhanced unemployment benefits as "greedy", but they need to realize that small businesses have been hurting the most throughout this pandemic. Even at the height of the lockdowns, huge retail companies like Target and Walmart remained open. And of course, Amazon really took advantage of the sudden shift in the retail market. Big corporations can afford to take the hit. In contrast, small businesses do not have that same luxury and their struggles at finding new workers do not help either.

I am also very skeptical on whether Biden's spending plan will really help the everyday American citizen. When looking into the further details of the $1.9 trillion "American Rescue Plan", much of the taxpayer money will be spent on what is called pork. And then, there is also the $2.3 trillion "infrastructure plan".

This whimsical spending spree has raised concerns on whether the US dollar will inflate. As stated by MarketWatch, while consumer spending went up, so did inflation. While the Federal Reserve claims that predicts that the inflation will subside by next year, Wall Street is unsure about that. Today, I read MikeZillo's article on inflation and he does a really good job covering historical examples of how hyperinflation destroyed economies.

More relevant to this topic, he also states this in the description:

Only in the Covid period we faced a 22% dilution in dollars, with new money created and new money given to US citizens. The so called Helicopter Money.

The concerns over inflation have led to some people using their stimulus checks on cryptocurrency. I was one of those people and thanks to the bull market, my assets substantially appreciated over time. That said, not everyone has the money to invest into crypto as there are many who are just trying to get by. Overall, Joe Biden and Congress really needs to reassess or otherwise, things can get ugly.