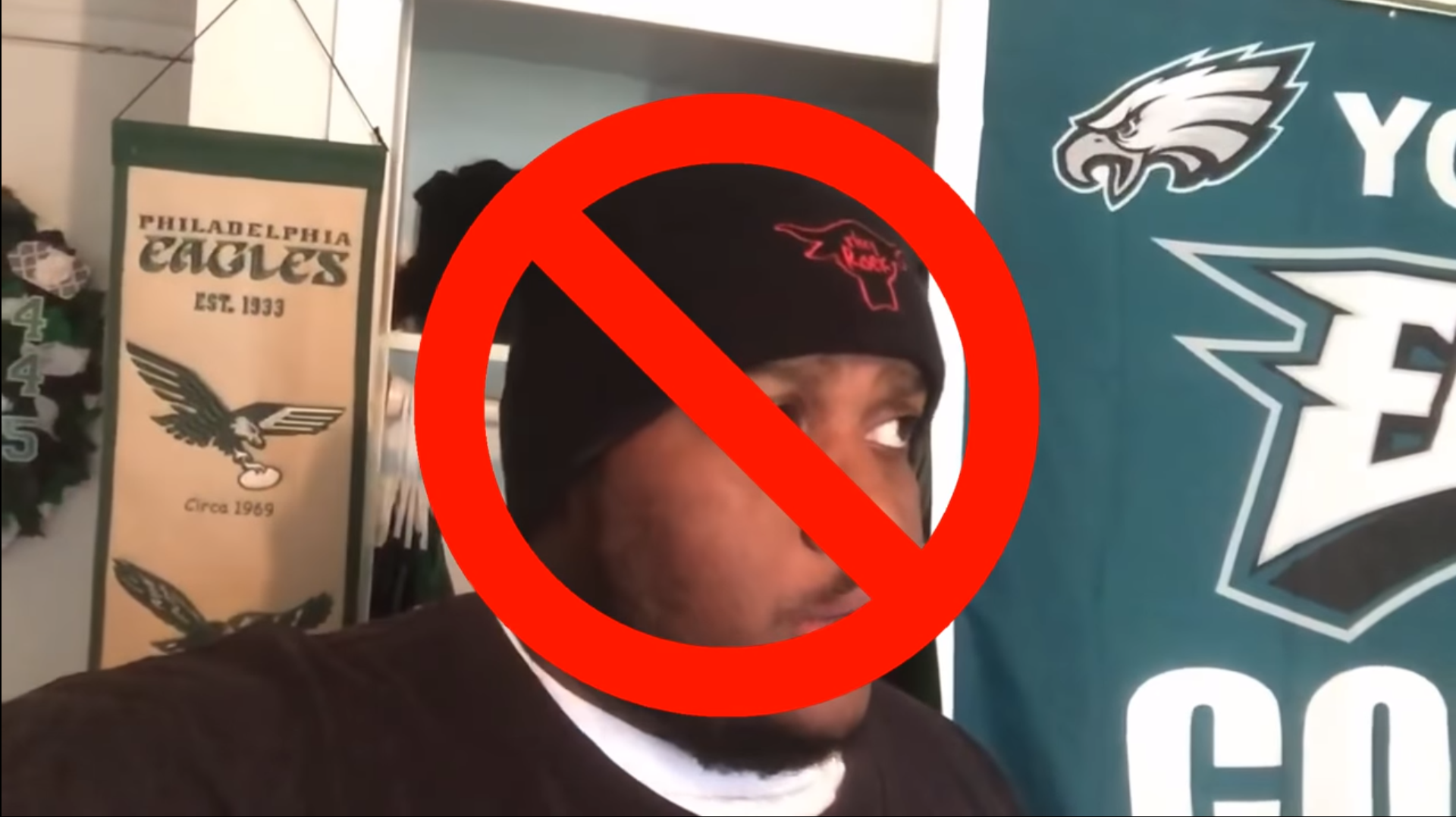 Lessons from EDP445's Pedophilia Fiasco - There Were No Saints

If you don't know who EDP445 is, he is a diehard Philadelphia Eagles fan who is infamous for doing a lot of weird, over-the-top shit. Even though I am also a big Eagles fan, I will admit that the fanbase is pretty toxic and full of lolcows, EDP445 included. I'll just have UrinatingTree elaborate on this fellow's kookiness.

And ever since that video, EDP445 continued to pull some really stupid antics. For instance, when Dallas Cowboys QB Dak Prescott suffered a season-ending ankle injury last year, EDP445 decided to mock him and described it as "karma". Yeah... very classy of him to celebrate over a player's injury. (And coming from this Eagles fan, I think Dak is the better QB than Wentz).

You may be asking whey I'm writing about this random toxic schmuck. For one thing, as we both root for the same team, this does hit a bit closer to home than if I am a fan of another team. In addition, believe it or not, this person has a massive subscriber-base on YouTube, clocking in over 2 million (as of now). This is not some small potatoes channel.

EDP445: How Ego Can Destroy a Career

A YouTube channel called Chet Goldstein uploaded two videos, one showing the transcript of EDP445 flirting with a 13 year old decoy, and another where Chet and an accomplice caught him in the subsequent sting operation.

The first video contains some really creepy stuff. Watch at your own risk.

In the second video, EDP445 alleged that he was only visiting the fake 13 year old girl's house for a cupcake. Of course, the documented texts tell an entirely different story. What makes this entire fiasco so ironic is that when he was accused of being a pedophile in 2020, he uploaded a video stating "If you honestly believe that I would throw my fucking life away for a bitch... if you honestly believe that I'm a motherfucking pedophile, you're fuckin high".

Well, EDP445. By your standards, you threw your life away.

This, folks, is a perfect example of how ego can destroy a career. EDP445 is not the first person to achieve high fame and then, proceed to abuse it. People praise you left and right; your social media account rakes in a giant audience; your dopamine levels skyrocket; and you get to cash-in from all of that e-fame. But then, you become complacent. You get sloppy on not just on your content, but also your behavior. That happened to people like James Charles and Onision. Heck, even trivial things like being a forum moderator can give people a massive ego. Just look at how former NeoGAF moderator, Christopher "Amir0x" Goldberg, got arrested for possession of child porn. 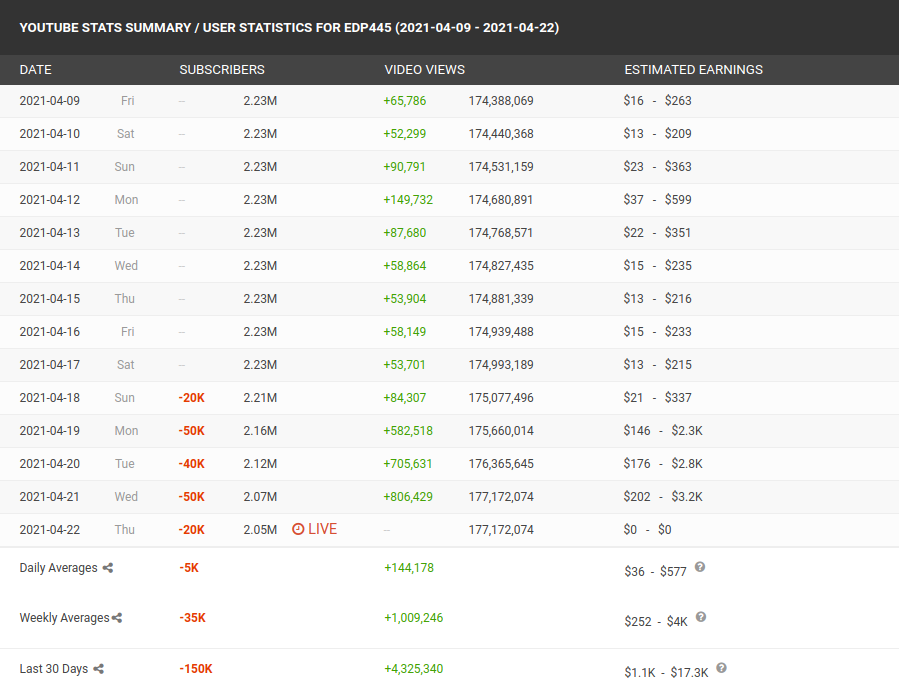 Thank goodness this pedophile got caught in the act. Who knows what would've happened if he actually met up with a real minor. That said, EDP445 was not the only person with a massive ego. I also have a bone to pick with Chet and his buddy as they were not sinless in this situation either.

Predator Poachers: How Ego Can Ruin a Good Act

Chet Goldstein and his accomplice are part of an organization called Predator Poachers. As you may guess from the name, their mission is to catch predators on the act. However, the problem I have with Chet and Predator Poachers is how they seem to care more about milking their catches than ensuring public safety. 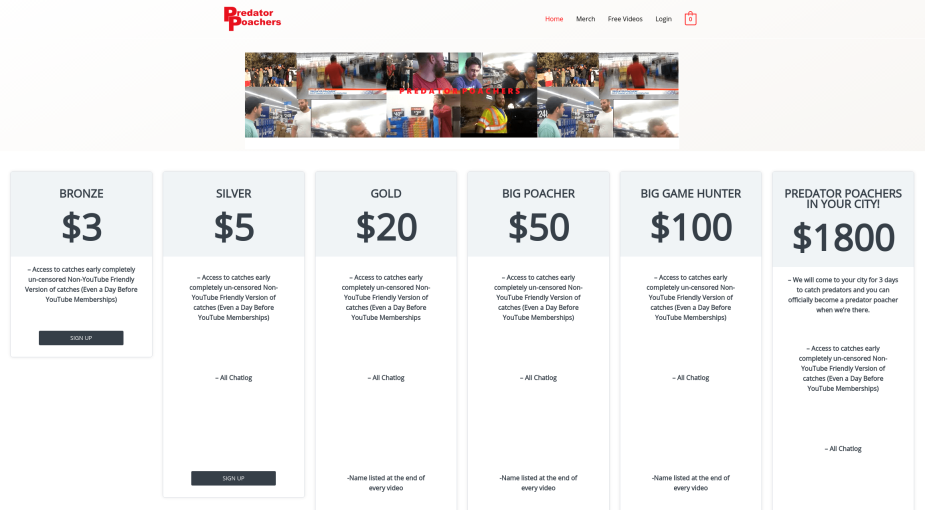 I may only be speaking for myself, but if I discover undeniable proof that someone is a pedophile and is about to meet up with a minor, I would contact the police immediately. Chet, on the other hand, allegedly waited until his sting operation video got full monetization to get that good ol' cash. Even worse, I didn't see a single police officer in their sting operation video and at the end, EDP445 drove away. The dude's a pedophile and a danger to minors. Yeah, Chet called the cops during the last minutes of the video, but the police should have been notified of this way before the sting operation even happened.

The concerning part out of all of this is that Chet's lack of professionalism may create issues for a potential prosecution case. This happened in one of the Predator Poachers' past vigilante operations. According to the Star Herald, when the Predator Poachers confronted a man in Sidney, Texas, they lied their way into his home by telling his mother that they were friends with him. As things became heated, they told the mother that they would contact the police, but instead, they stalled by walking around the apartment, calling the landlord, and calling the other residents. When the police finally arrived, the members initially lied to the cops and said they were waiting for their uncle.

Dirty, poorly executed investigations like the one in Sidney can potentially jeopardize the case. Even just the slightest evidence of entrapment will give the defense a strong counterargument in court. Ego may destroy a criminal's career, but at the same time, ego may also be the difference between a guilty verdict or an innocent verdict due to a technicality.

No one involved in this situation was a saint. EDP445 is a bona-fide pedophile, but the Predator Poachers are not blameless either. This event teaches several lessons for both sides of the conversation. E-fame can corrupt a person to the point that it may lead to needless victims and it is important that people practice self-discipline to keep themselves grounded. That includes folks on YouTube, LBRY, Twitter, Minds, Instagram, and yes, even here on Publish0x.

On the other side, if you want to do a good deed, then do it in such a way that it benefits the community, not your wallet. Because when you sacrifice public safety in exchange for e-fame, you may end up giving a criminal an legally valid out. 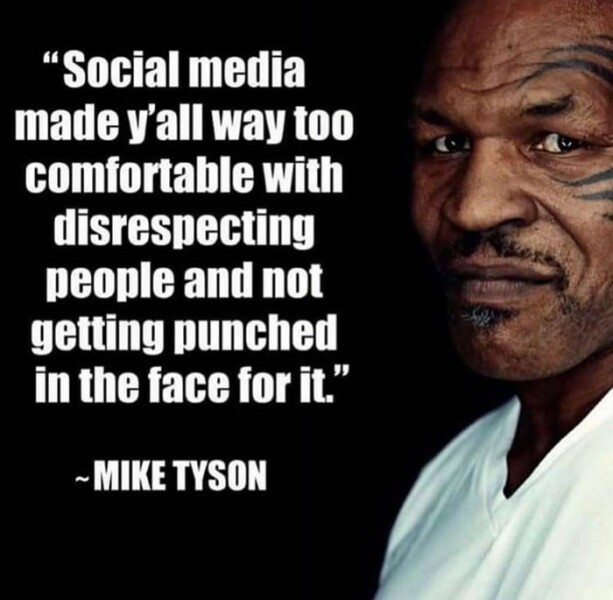