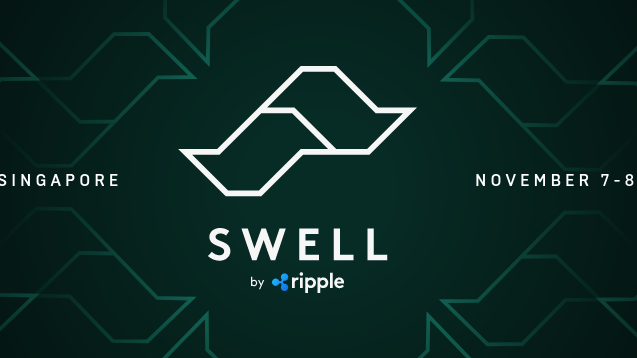 Ripple will organize its annual Swell event in Singapore on 7-8 November 2019. According to some analysts in the cryptocurrency sector, this event may be the opportunity of the year for XRP investors.

Ripple organizes an event called Swell every year. Specialists from fields such as finance and technology participate in this event. Bill Clinton was the keynote speaker of the event, which was held last October 1-2. These experts evaluate the developments in the world and interpret the progress of the sector.

Another reason why the Swell event is important is the statements Ripple made during this event. At this annual event, the company makes important statements about the future of XRP and announces some of its plans.

This event, organized by Ripple, usually leads to a significant increase in the XRP price. The price of XRP, which was $ 0.27 on September 18 last year, rose to $ 0.6 on the day of the Swell event. The event held in 2017 had a similar situation. At the end of September 2017, XRP progressed to the level of $ 0.17 and reached to $ 0.26 by October 16-17, 2017. Some cryptocurrency investors think that this year's event, will have a similar effect to the previous years. What do you think?