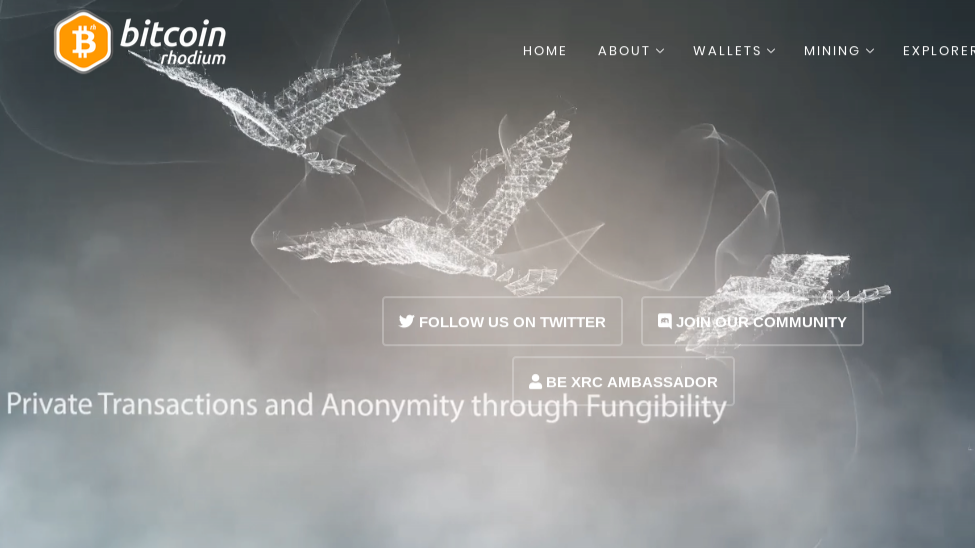 A quick view of Bitcoin Rhodium

Not a Bitcoin hard fork

Bitcoin Rhodium, is not a fork of Bitcoin, its a new cryptocurrency created from scratch. It was not created for transactions, but as a store of value. That's why the project call themselves as a crypto commodity. The features are set, to focus on long term crypto investment. There will be only 2.1 million coins, with a X13 mining algorithm, The block time is 10 minutes, and the size is 4096 bytes. The difficulty adjusts every 2016 blocks.

Defined distribution and built in anonymization

The coin, has already set up 50% of the coins for mining, 28% airdropped, 12% for eight years investment, 5% for public relations and 5% developer costs. There is a protection, to holders, from unwanted surveillance. There are 800000 coins in circulation, from the 2.1 million available.

An airdrop to existing Bitcoin holders, was the initial giveaway, to build the community. Instead of providing private keys, the holders could "register" an address, that holds their Bitcoins, used by any wallet, on-line or off-line. They could "sign" their unique message supplied by Bitcoin Rhodium, to prove Bitcoin ownership. The mainnet was launched on the week that started on 22 October 2018.

With the strong hands programme feature, all Bitcoin Rhodium holders, will get a reward between 0,5% up to 30% every year. The team is working on a project, that will allow exchange from BTC, LTC and BTR, with precious metals markets. This will increase the use cases for the coin.

Bitcoin Rhodium on Exchanges and wallets

Bitcoin Rhodium is already on Bisq, and by the end of 2019, we will see it, in many major exchanges. An Electrum wallet is ready, and priority of hardware wallets, is Ledger.