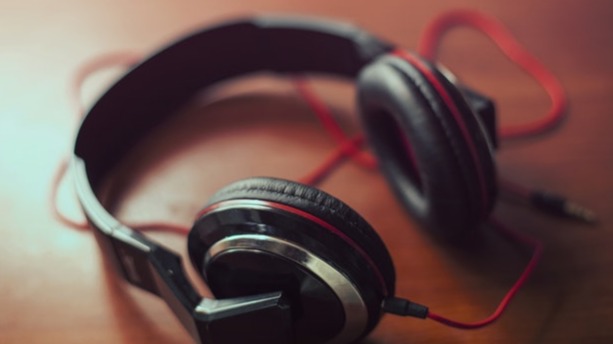 Do you ever listen to your computer audio streams and wish that you could move around your house without going out of range? Yes, there are Bluetooth dongles for the PC and even some that claim to be long range. The costs for the such long-range Bluetooth audio bridges seems a bit prohibitive and receive mixed reviews. It seems a shame to have this problem when we already have high power WiFi signal around our homes, businesses and offices.

Why can’t we use our WiFi router signals for routing audio to our headsets?

Well, you could, but router manufactures do not seem to have adopted an official WiFi audio streaming protocol. However, there are round-about ways to do so. While I have never found any WiFi headphones for this purpose; one could probably self-build something using a raspberry-pi or other self-contained device. Optionally, I also have found software where you can relay sound from your Windows PC to an Android phone over WiFi, and then back again to Bluetooth headphones.

Are there any other viable alternatives to Bluetooth?

Yes, you can relay audio with RF transmitters in the FM range, and with special headphones designed for just this purpose. These have few special limited frequencies and limited hardware availability. Personally I’ve never been happy with either the range or quality of these devices. Sony makes the best of the lot for this type of tech.

Why is Bluetooth always so finicky and difficult under Windows?

Many people have outdated Bluetooth dongles that aren’t fully supported under Windows 10. These older dongles will not easily be recognized and they may suffer from audio delay. Get rid of your old stuff, Bluetooth keeps evolving. Sorry no promises on the newer stuff either.

Which versions of Bluetooth are acceptable for transmitting audio?

Bluetooth 4.0 and greater work quite nicely with capable headsets. Some Bluetooth dongles and headphones will specify low latency, or HQ audio sync. You might have mixed success with lower Bluetooth hardware versions. Unfortunately lots of Bluetooth hardware is version unlabeled.

Can I relay my TV sound to my Bluetooth headset?

Yes, you can pickup Bluetooth transmitters that have 3.5” jacks and relay the sound to any Bluetooth devices. You will find these devices on eBay and Amazon for very little costs. I have one that runs on USB power, so it plugs into the TV’s USB port (for power) and also into the 3.5 audio jack. My TV has a setting to use either the internal speaker, output port, or both. These devices are bit difficult to locate. Be care, most Bluetooth adapters for sale are receivers and not transmitters. Receivers boxes might be used to let you send your cellphone audio to your old school amplifier. I found one with a built in amplifier to turn an old antique radio into a speaker for my phone.

Relaying audio around a house or property

Wanting to listen to a PC audio has always been one of my greatest frustrations with Bluetooth. It’s not my only gripe with the standard. This is a system which seems to be in a slow and consistent state of development for decades now. One of the Bluetooth issues has been lag time and audio delay. Many people have become disenchanted by the Bluetooth experience on the Windows based on older hardware and distant past experiences. Still though, even many newer Windows 10 users report difficulties getting Bluetooth configured correctly. Often times after connecting a Bluetooth dongle, Windows won’t even put a desktop icon in the system tray. Other-times, it will setup correctly but it can’t be bothered to automatically find and connect to devices that have previously been used. Bluetooth on the desktop PC always makes one anticipate a lot of configuration work, just to connect simple headphone.

I had never really grown to appreciate the utility of Bluetooth until I experienced it on the Android operating system. On Android phones it seems to connect and configure to my devices quickly and easily. It actually remembers my list of devices and always is ready to switch between them. It does so automatically, and whenever needed. There never is the issue of having to reinstall Windows drivers when ever I plug the adapter into a different USB port. Plus I don’t have to deal with the quandary of Windows drivers vs 3rd party software drivers that try to take over my machine.

Today most of my Bluetooth headphones are 4.0 or higher and they all seem to work terrific for my phone. But I still have this issue of wanting to use Bluetooth to listen to things from my computer. To solve this range problem, I've tried purchasing long range Bluetooth USB device from Avantree. It was a device which claimed 100 feet range, but in reality gave me more like 30 feet. Now there are other more expensive quarter mile devices. But I mean, fool me once, shame on me... In reading consumer reviews about these types of devices, it seems the range claims are quite exaggerated. At this stage, I’m not ready to keep going down the rabbit hole of expensive Bluetooth hardware. I mean, it seems like Bluetooth has become another piece of what I term ‘subscription hardware’. Systems and devices which you keep having to replace ad-infinitude.

Cross Relaying from WiFi to BlueTooth

So one day I was looking at Android apps when I came across something called Soundwire. What this app does, is let you wirelessly stream desktop computer audio to your Android. Carry an Android device and use your Bluetooth headset.  Soundwire acts like a mini server and the PC app broadcasts the sound to your phone, using your Wi-Fi router as the intermediary.

Well, I’m happy to say that SoundWire works relatively well for me. There is a bit of lag, and a bit of configuration grief. It is an advertiser supported software product, but I believe there is a pay version available sans the ads.

I continue to hold out hope for a WiFi based pair of headphones and a router with a built in open channel audio streaming protocol. Headphones using such audio streams could let you use your PC or phone to control of the audio channels. But until someone comes up with the needed technology standard, I think Soundwire is perhaps the best option today for someone wanting a long-range audio streams.

To get Soundwire for your Android device, go to the google play store, and type 'SoundWire' into the search box.

A technology enthusiasts, writer, and creator of hardware and software based systems.

Articles and entries from KineticTroi on topics ranging from science, technology, energy, software and hardware.