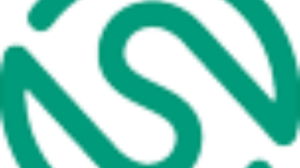 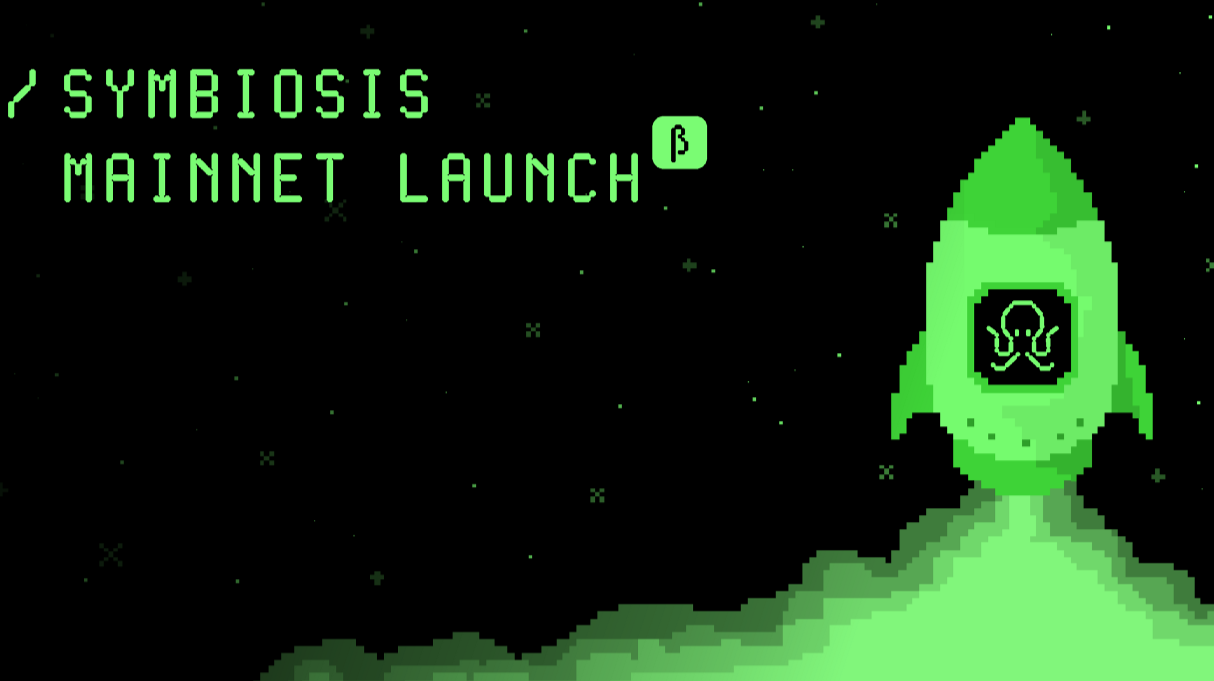 If your brain operates anything like mine does, then all the Cryptography, Cryptographic, Crypto-currency mumbo jumbo can get extremely confusing, extremely fast! So I decided to try to simplify the descriptions and hopefully "dumb" things down to a level that is not only easier to understand but more retainable. I personally often find myself understanding the explanations of whatever the topic is just fine, but an overload of information can make actually remembering everything I learned rather difficult. With that being said if you want to learn everything there is to know about Symbiosis Finance (SIS) and actually remember it tomorrow, read on.

"Multi-chain liquidity protocol Symbiosis Finance launches in the next week, enabling users to perform crypto token swaps across multiple blockchains with a single click. Unlike existing decentralized exchanges (DEXs), Symbiosis Finance supports cross-chain swaps between any blockchain that enables the generation of EdDSA and ECDSA keys."

Phew! That definition is truly a mouthful and truthfully a bit hard to follow for those of us with no previous Crypto knowledge. Let me start with the basics here and give you a simplified definition of the words in this definition that are pertinent in grasping the actual meaning.

Liquidity Explained: Liquidity is the propensity of a coin to be straightforwardly metamorphosed into government-issued fiat currency or other coins. For those that don't know, when speaking of volatility in regards to Crypto, it is explained as the amount by which the trading price of a coin/token differs throughout its life span. Low liquidity means that market volatility is present, thus causing Crypto prices to shoot up. In short, liquidity describes an asset's ability to be bought and sold in the current market.

Illiquid Market: Illiquid markets have the potential to put traders in a sticky situation where it is difficult to exit, which poses a huge issue for the trader.

Check Liquidity Validation: The daily trading volume of a coin can be checked at coinmarketcap. Bitcoin currently has the most liquidity at 538 followed by XRP at 524.

Now that we hopefully understand what liquidity is let me explain all you need to know about Non-Fungible Tokens (NFT) and Fungible Tokens.

Non-Fungible Tokens (NFT):  These tokens are incapable of duplication and can oftentimes represent a tangible item that exists in the real world, so a form of artwork or real estate, for example. It is important to note that one NFT is NOT equal to another.

Fungible Tokens: Fungible tokens are able to replace or be replaced by another identical item, so they are mutually interchangeable. Since this post is about  I will point out that cryptocurrency is fungible, interchangeable and tokens will always hold the same value, for example, Ethereum-Ethereum.

Crypto Arbitrage:  This is a tactic that is used by seasoned cryptocurrency traders in which the trader gains profit by buying and selling. So for example let's say Coinbase is priced at  $5,000 for Bitcoin and Binance has it priced at 4,800. So basically the buyer would buy bitcoin on Binance and transfer it to Coinbase and then sell the Bitcoin, earning $200 profit. It is important to be quick as the prices change quickly.

Blockchain: A decentralized, distributed, digital ledger that is typically not private. It should come as no surprise that the transactions listed are referred to as "blocks" or blockchain nodes. Hence the name, blockchain.

Multichain: Users are given the capability of obtaining multiple assets (meaning crypto of course) that belong to multiple blockchain networks. Multichain occurs when two or more blockchain nodes connect. What is a blockchain node you ask? Simply put, nodes are a digital copy of the blockchain that is stored on any type of technological hardware system, acting as a record-book that keeps track of Crypto transactions via the blockchain. Think of it as you would a physical copy of a financial ledger, the blockchain is the same concept but the more innovative version of it as it is digital.

Decentralized Finance (DEFI):  Decentralization is defined as "the transfer of control of an activity or organization to several local offices or authorities rather than one single one."

Speaking of decentralization when dealing with Cryptocurrency related topics does not differ much from the Websters definition of it. DEFI uses technology to create a secure financial ledger that removed the third party (the banks) and allows buyers and sellers to hold their money in a digital wallet thus eliminating fees associated with traditional banking. The incentive here is that everyone is approved to use the service and funds can be transferred in minutes and sometimes even seconds!

Decentralized Exchange (DEX):  The first step to understanding decentralized exchange is understanding centralized exchange. A centralized exchange is when a buyer uses a third-party entity like Coinbase to buy, sell, or trade tokens or cryptocurrency. This method appeals specifically to a lot of newcomers in the Crypto world because going through the third-party site or app adds peace of mind because then the app in question is in control of making sure that all trades and purchases are done in a secure manner. Decentralized exchanges, however, resonate with buyer/seller appeal because DEFI transactions do not require the buyer/seller/trader to enter sensitive information about themselves, such as social security number, driver's license information, and so on. This is so because these types of transactions are not covered under Bank Secrecy,, an act that was developed to deter money laundering or other criminal acts regarding money provided by our financial institutions.  Since the Act is not valid for decentralized exchange it is not necessary to provide information that is personal in nature. it.  Another incentive is avoiding fees that are of course incurred when any third-party agent is involved. The only fee incurred when sending over DEX platforms is the GAS fee which covers the cost of sending over the ETC blockchain.

Virtual Machine: When mining crypto a virtual machine is extremely helpful as it provides "separation" from the mining portion of the computer software, basically causing a rift from computer to computer within one digital device. Thus giving the miner the control to essentially toggle between the core operating system of the device and the mining software while giving the user the same experience that they would have on the original operating system from both sides.

EVM & NON-EVM networks:  Ethereum Virtual Machines or "EVM" networks is the software used to create decentralized apps on the Ethereum blockchain, these are called "dApps". Users use services like Web3, a service that stores upwards of 100 tokens, to store their tokens.

Non-EVM Network: Non-EVM networks are chains that use their own programming language as well as their own virtual machine.

Turing Completeness: The concept developed by Alan Turing process is that it is impossible for computers to process thoughts like humans but rather by way of an algorithm consisting of a set of data processing rules.

Multichain Technology: Another term you may hear referenced is multichain technology. The difference is that users are able to establish a confidential blockchain, and do their transactions in a private manner.

The first step to understanding multichain technology or blockchain nodes is understanding exactly what a block is. A block is merely a list of records that are kept that reference the transaction that came before it. So the blockchain is in layman's terms a record-book of strictly Cryptocurrency transactions that use an algorithm to list every block purchase made in real-time making it impossible to alter the transactions. The algorithm is stored inside the block and is called a cryptographic hash. The Cryptographic hash contains a timestamp and data that relates to the Crypto purchase. So since the data is laid out in order from date and time of purchase, consumers are incapable of committing fraud.

The most efficient way to trade across multiple accounts is via the command-line interface using Cryptowatch.  Using Cryptowatch you can trade thousands of cryptocurrencies and manage accounts spanning 25 multiple exchanges and 4,000 markets free of charge.

Trading via the command-line interface is referred to by many as a token swap.  A token swap is the conversion of digital tokens from one blockchain to another blockchain.

The next term we are going to cover is liquidity, which is defined as the capability to permute a coin into USD or disparate coins with ease causing no change to the current price of the coin. Buyers elect for higher liquidity because this means a more stable market, ease of trade, efficiency, and reasonable cost.

Now that we have learned what liquidity means let's go on to Crypto Protocols or as some refer to it, "Security Protocols".

Crypto Protocols are a tangible or speculative set of formalities that's influence is performing security-related functions relative to cryptographic methods, often as a succession of Cryptocurrency primitives. Crypto primitives are the most basic building blocks for security protocols, using low-level algorithms.

And finally, we will move into this phrase, "Symbiosis Finance supports cross-chain swaps between any blockchain that enables the generation of EdDSA and ECDSA keys."

Edwards Curve Digital Signature Algorithm (EdDSA):  Edwards curve comes from a family of elliptic curves developed by Harold Edwards in 2007. It is a digital signature scheme using a variant of the Schnorr signature based on twisted Edwards curves. A digital signature is a variation of an electronic signature that imprints documents with digital codes that are hard to replicate, thus making the method more secure.

So to summarize what Symbiosis (SIS) represents and the useful function that it represents is the ability to exchange tokens from different blockchain networks. So the exchange is possible on both EVM and NON-EVM networks with just a single click in the trader's wallet. Symbiosis differentiates from competitors offering the same or similar features as they do not compete with AMM or DEX, but rather routes transactions through them while offering affordable prices. While traders have been clearing the way for trading of different cryptocurrency pairs, the same struggle is present amongst most which is managing all liquidity across all of the possible blockchain networks. Symbiosis offers liquidity provision making it possible to manage and add cross chain liquidity without the complexity of toggling apps or websites. For many years this seemed an impossible task due to the technological differences of the blockchain networks, SIS just might be lying this theory to rest.

Symbiosis eliminates the tiring process of finding a suitable cross-chain bridge to get the tokens needed as well as swap tokens with just one click.  SIS was introduced via an unknown country on the Ethereum blockchain.

Final thoughts? Symbiosis is the up-and-coming form of trading tokens regardless of what network the user is on without sacrificing speed or security. So if you are interested in trading tokens in a decentralized setting at a price that is affordable, then Symbiosis is for you.; I hope you found this post interesting and informative! This is my first submission to a contest here at Publish0x, so wish me luck! I put a lot of time and research into this blog so that you don't have to. :)