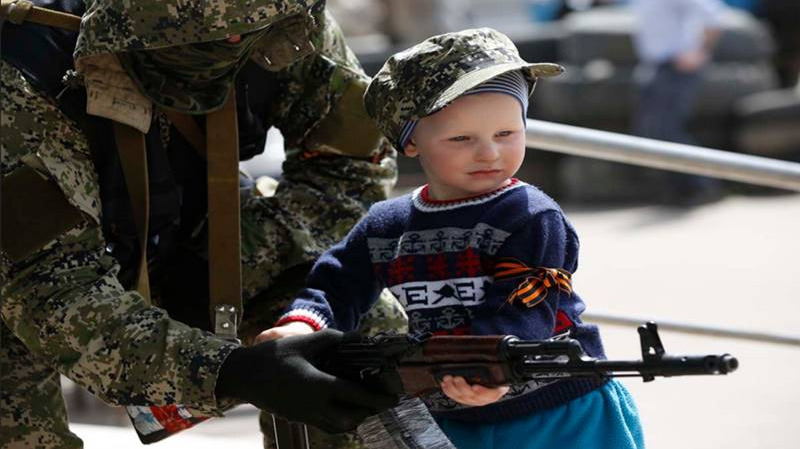 When Children Are Used As Weapons of War In A Family…

<blockquote>He who finds a wife finds a good thing,

And obtains favor from the Lord. </blockquote>

Can I hear an Amen from this corner? Lol. Sorry, but this is not a sermon and it is not also a bible study class. That bible verse is a very common one we hear read out in church weddings and it keeps coming to my head whenever issues of marital problems arise and I remember that the union of two people who at some point loved themselves so much such that they couldn’t bear staying apart means they’re supposed to obtain favor from the Lord. But sometimes it doesn’t always walk out that way as there is a thin line between love and hate. And in worst situations, a reversal of love has led to the kill of a loved one.

I am not talking about my Mrs and I as for some divine reasons Mrs is putting up with my son and I. lol. Just kidding there, we are not perfect but at least we are used to our weaknesses and not in any kind of war. We are both trying our best for our son and I see he appreciates us a lot and what we do for him.

I have attended loads of weddings and traditional marriages as it is for most of us in the part of the world I come from (Nigeria to be precise), I have heard people explaining the difference between a home and a house and how the two people involved in a marriage should try and make their house a home because they can take that anywhere they go while their house remains where it was built.

The reality we face in life is that we don’t always get a perfect home. For one reason or the other some marriages fail and the whole family can become a war zone if things are not handled properly. Things that the couples didn’t know would breakup that love they once shared creeps in, it could be external family influence, inability of one person to accept their fault, constant nagging (some men do nag too), side chic issues and infidelity, a man deciding he no longer prefers women but men and verse a vis for a lady too. There are just a thousand and one reasons why couples break up and the solution to that or what could savage such relationship is not why I am writing today.

Some children are very easy going and need just some little convincing to sway their decisions, not like some adults that take a life time to decide which shoes to wear. Lol.  That is why it is easier to convince kids to go into a life of crimes once they have been brainwashed. That is why in countries where children were used as child soldiers, apart from their age, it was difficult to differentiate the evil carried out by the children with those carried out by the adults because in most cases the kids wanted to prove that they were no longer kids so they go to the extreme in whatever they did..

Those adults that brainwashed these children have already seen most of what life has to offer 10, 20 or 30 years from the time such atrocities were committed the masterminds may either be dead or be about to die as their days on earth are numbered, but the kids they trained are just starting to know what life is all about. They become isolated, have repeated horrible flash backs about the evil they committed, they are temperamental and have anger management issues, they find it difficult to keep a steady relationship and they also lack manners. Some of them will even continue a life of crime because that is the only life they know.

My neighbor and his wife have been having marital problems for some time now they have 2 kids that are twins, a boy and a girl. The kids are going to turn 14 by December and I was thinking their problems weren’t affecting the kids a whole lot until the boy came to my house to use my internet as theirs was having issues connecting. I asked after his mom and sister and he answered with a cheerful face that they were fine but when inquired after the dad his countenance changed, he said he is there, I asked further how the dad was doing and again he answered with a squeezed face that he is not close to his dad and doesn’t know much about what he does.

My heart sank in disperse, I was disheartened because I knew when this same kid did not want to leave his father’s side, he was always with him except when the dad goes to the office. From what the boy said, his mother told him a lot of bad things his father does so for that reason he shouldn’t be going close to his dad. For me the woman has molded the boy into a good weapon against his husband because she knows that is what will pain him the most. One thing we must remember is that once a weapon is fired at a target, it doesn’t only destroy the target it also destroys itself in the process. As kids grow in such kinds of family they learn the wrong way to build a healthy relationship of their own.

This is largely due to the fact that if they can’t trust their parents, who else can they trust? Parents should understand that if they have done all they can to save their relationship and it doesn’t work out fine they should please save their kids from all their hating. I cut down a pawpaw tree I felt was growing too tall and becoming a treat to both my neighbor’s house and mine too, but I noticed that after some months it sprouted from where I cut it and have started fruiting again. So parents, one of you may think they have cut down the danger, but you have armed a kid to continue from where you stopped and that kid may end up been more dangerous than father or mother you used the kid to attack.

It shouldn’t be that because your dreams didn’t come to past, that the dreams of your kid(s) should suffer the same faith too. The kids should be able to achieve their dreams even when both partners are no longer together because that can be the best gift both of you can give to those kid(s) of yours. A healthy relationship even in the time of crisis can be a winner for everybody.

Thanks for dropping by and reading my post, hope to see you around more often. God Bless.

You can connect with me on Steem at https://steemit.com/@ketcom