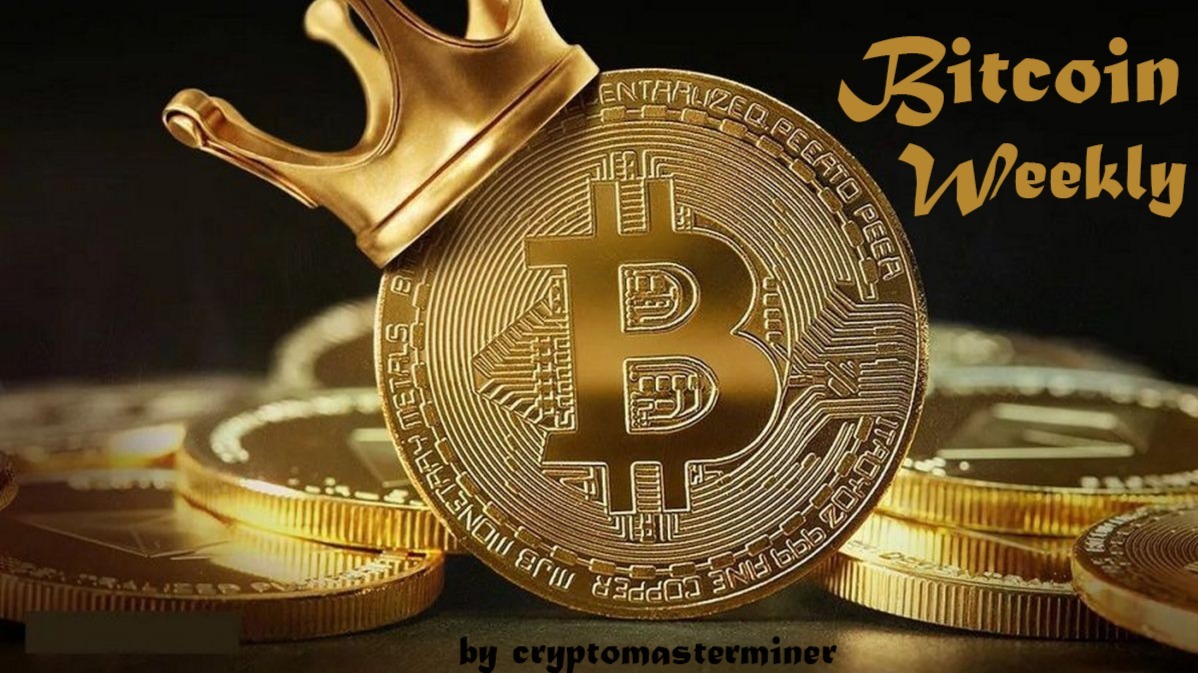 It is my fault - sorry...  I started publishing the Bitcoin Weekly on April 4th and Bitcoin has been in the red ever since.  Red candle after red candle with the only constant being my weekly article on Bitcoin.  I'd say the correlation is pretty obvious and again I apologize.  I typically write this article hours before publishing it and I had to go in and correct the weekly low time and time again.

Welcome to another edition of Bitcoin Weekly, here we will get you up-to-date on everything Bitcoin (BTC).  Last week the "king of crypto" has plummeted as of late, however, it does have a lot of company in this downward spiral as of late losing nearly 15% of its value in the last week alone.

Bitcoin approached the $30K mark today after spending the entire past week under $40K with investors in just about every sector worried about more losses.  The low today had BTC more than 55% off its all-time high mark reached six months ago and is at it lowest point since July of 2021.

Bond yields continue to push high as the Federal Reserve tries to fight inflation which is hurting Bitcoin and other "risk assets" like technology stocks and altcoins.  Ten-year Treasury bonds has more than doubled this year and now sits firmly above 3%.  The loom of further interest rate hikes, inflation fears, the war in Ukraine, supply chain issues and a potential recession are all weighing down Bitcoin as well as other cryptocurrencies.  Many are now calling for the largest crypto to fall to as low as $20K.

The Crypto fear and greed index, highlighted below, is at 11 and is well entrenched in "extreme fear" at the moment a sign that investors are very nervous about Bitcoins price direction.

This week brings up the US Bureau of Labor Statistics will report its report on April's inflation on Wednesday, an important indicator for the Fed and what direction they will take with future interest rate moves.  The Consumer Price Index (CPI) will be compared to March and if it is lower that can be a sign that inflation has already peaked but if it is higher we haven't reached a peak yet making the Fed even more likely to raise future rates.

This week Bitcoin tied its record with its sixth straight week with a red candle for the week and can break the record next week if it goes lower once again.  OK, maybe not such a "fun" fact. 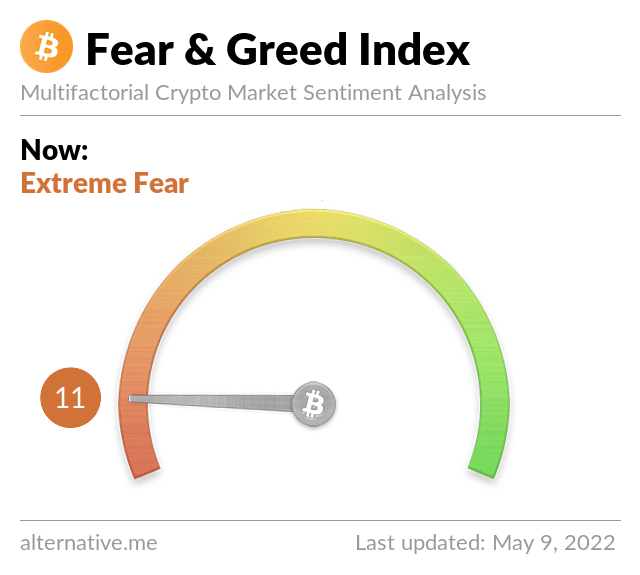