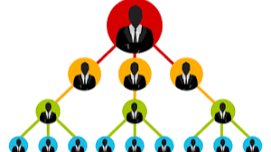 Anatomy of a DeFi Ponzi Scheme

I'll admit it, I invested in a platform recently that I knew full well was set up like a ponzi scheme while also realizing I likely would never fully recover my investment.  The main reason I got involved was to learn the mechanics and tokenomics behind such protocols.  I liken it my involvement to a higher education - you know, the one you have to pay for.

The platform in question is called Baked Beans.  It is a very popular site on the Binance Smart Chain network in which you invest $BNB and in return you get more BNB coins back out.  The site promises "up to" and 8% daily return.  The community is fairly large and pretty fanatical, something I also wanted to observe as an "insider".  When I first got involved in crypto, simply mining and investing in coins/tokens, I was amazed by various coins/tokens  cult-like followings.  I started to mine Ravencoin initially and their Reddit, Discord and Telegram groups are true believers.  I never invested in Safemoon, but their cult is even more rambunctious in their beliefs.  DeFi projects often have similar, if not stronger, groups of users so invested in the platforms that they can't see the potential pitfalls.

Baked Beans is considered a miner.  It has been so successful at attracting capital that offshoots have sprung up not only on Binance, but on almost every single network out there.  In reality, Baked Beans is simply an updated version of the BNB Miner that has been around now for over a year with a very simple interface and premise.  The real question in each of these protocols is how long will they last?

Most of these types of contracts have some unique feature designed to make the platforms sustainable.  But in reality, they all have the same fatal flaw that any ponzi scheme does.  That is, they need new investors or capital coming in to pay the existing investors.  If you get in early on a ponzi that does well, you will do well.  If you get in late you can pretty much kiss your investment, or at least a good chunk of it goodbye.

In these type of DeFi ponzi plays the key graph almost always look the same and tracks the amount of capital in the program.  It often starts as a slow climb and then catches on quick climbing up and to the right before peaking.  At this point outflows outpace inflows and the curve begins to fall, the question is how steep is this curve which determines how long you can continue to take capital back out of the platform before it totally collapses.. In the case of Baked Beans, I look at BscScan to follow what is going on in contracts like these.  In examining the analytics, you can see that Baked Beans reached its peak on April 20, 2022 with 35,126 BNB in the platform valued around $14.7M at the time with BNB valued at $418.48.  As of time of publication of this article, Baked Beans had a total of 27,870 BNB in the platform. 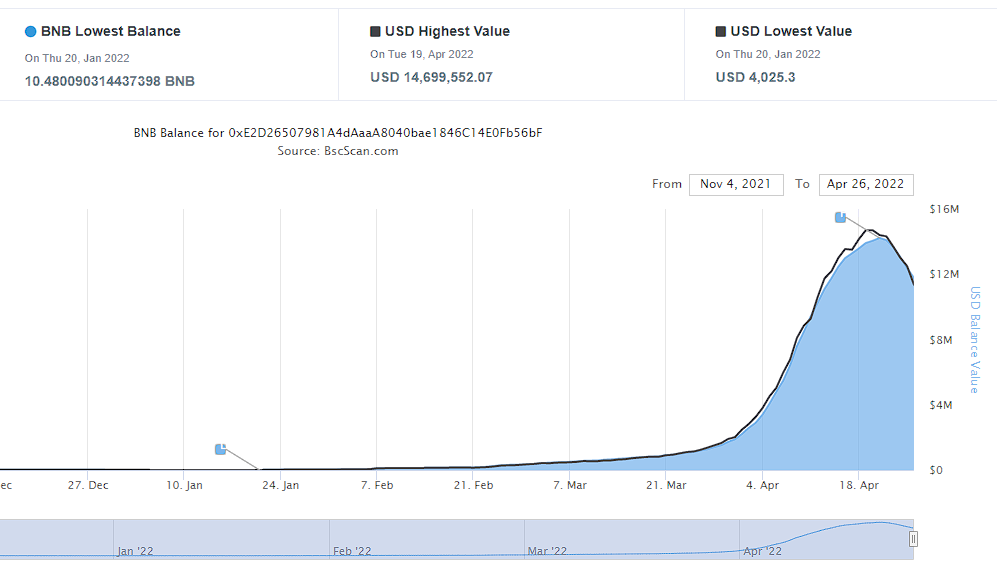 YouTubers and others who push the platform on various social media channels will tell you that the price of BNB has fallen and therefore the value within Baked Beans has also dropped.  While this is certainly true, it is also a fact that the amount of BNB in the platform is falling as well and this is the biggest cause for concern as it indicates more of the coin is leaving than coming in.  Usually once this starts it is rare for an uptick to occur again.  The owners of the platform, Baked House, are claiming that they are starting their marketing program this week which will bring in new investors.  They also promise new platforms that will feed into Baked Beans.  These developments may help, but will really only slow the decline over time.

The Baked Beans community is steadfast in their six-to-one "bake" (compound) to "eat" (claim) ratio, meaning they compound six days a week and claim BNB on the seventh day.  Doing this, they will gladly tell you, is healthy for the platform and will ensure the long-term sustainability of Baked Beans.  Many will continue to stick with this strategy while others, who they claim are spreading FUD (Fear Uncertainty and Doubt) are claiming everyday.

Pros and cons exists for each approach.  If you "eat" daily, the amount of BNB to claim will reduce dramatically each day taking you further and further away from the ideal 8% daily returns.  The problem with taking the opposite "bake" approach each day is that part of the return is based on the overall BNB balance and when it is declining your returns will also go down no matter how much you re-compound.  Either way, the amount of BNB produced each day dwindles, just faster if you "eat" daily.

So which camp am I in?  Well neither to be honest.  I put one BNB into Baked Beans back on April 9th determined initially to follow the 6:1 plan.  It worked for about a week-and-a-half before I noticed a decline and started checking into the platforms metrics.  I've already taken back out around 30% of what I initially put in with another 10% claimable at the moment, however I am trying to determine the best option moving forward.  As of now I've settled on a middle ground of a 3:1 ratio so not to completely kill my rewards percentage drop while still pulling out some capital.

I will also play with doing nothing at all, neither baking or eating, and just watching the inflow/outflow charts.  This way my rewards, on BNB, continues to build up and I can decide based on how quickly the capital is draining to just pull it out or compound it again.  I go into these projects with only risk capital and prepared to lose it all.  Call it a "hope for the best but expect the worst" mental approach so I'm not too bothered however it plays out.

I expect the decline in the contract to be less steep than the build up to the peak, much like the original BNB Miner.  I expect to recover between 60-75% of what I put in fairly quickly and then see how long the platform last as I try to get back to break even or even make a minimal profit.  Regardless, I will profit in the long-term from what I have learned and can apply the lessons to other investments that are not quite as "ponzi" as this one but still include some forms of both game theory and ponzinomics.