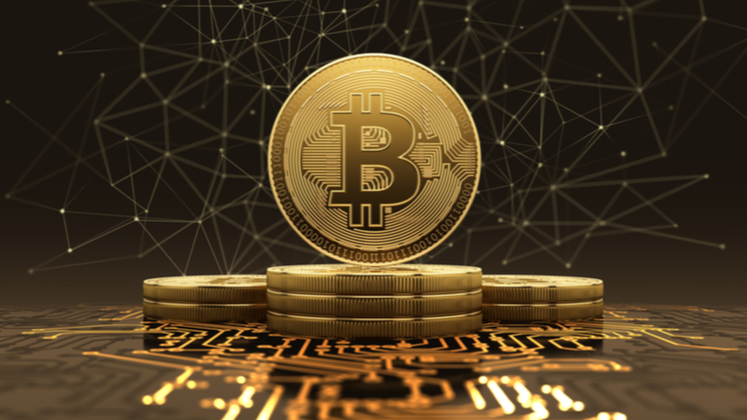 Bitcoin: Things Are About To Get Serious

Things are about to get very interesting and I don't think you're ready for what is about to come.  In fact, I would go so far as to say that I am more bullish now, than i was when we were at all-time highs of $64k.  Bitcoin has shown incredible resilience to fight through the constant FUD attacks that were thrown its way.  I have talked many times previously how I believe that if these same events would have taken place earlier in bitcoin's life, it would have been the end of the bull market at the very least, and possibly threatened bitcoin's life as well.  But it survived to live another day and has come back much, much stronger.  Now looking toward the future, there are some very exciting things on the horizon. Buckle up, because bitcoin is about to move upwards at such a blistering pace that you will be reminded why bitcoin is the king. 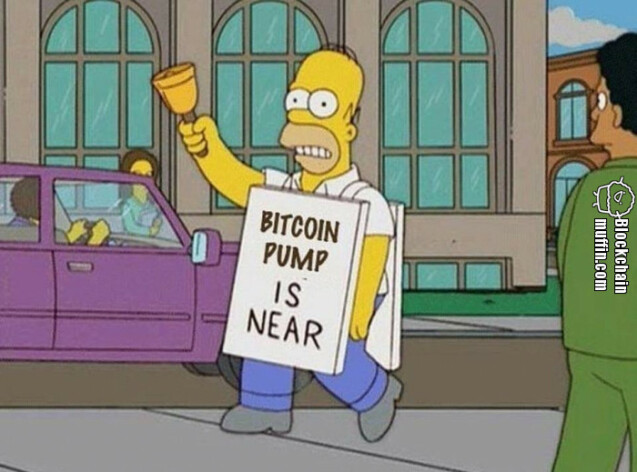 Let's first look back to the previous time that bitcoin reached its all-time high.  It was catapulted upwards by the news of Tesla buying bitcoin, and then later dropped starting again with Tesla FUD.  It could be argued that the initial movement upwards may not have happened at that exact moment if that news hadn't come out; that it was an artificial boost that could not yet be sustained.  It was natural for bitcoin to come back down, to test support.  But we have now reached a price point that is higher than we were at the time of the Tesla news.  And we did it all naturally, taking our due time.  Like it or not, but this slow meticulous movement upwards is what gives us support for future price dips.  That is why we had close to no support on the movement downwards, and dropped so quickly.  Having this price movement upwards with close to no bullish news being released just goes to show you how strong bitcoin has become.  And trust me, those highly volatile movements will be coming soon.

Now just two days later, on September 7th, El Salvador will officially make bitcoin its legal tender.  While it is to be seen if this has any effect on the price of bitcoin, the whole world will be watching.  If it goes smoothly, it can be accepted that other countries will soon follow in the same footsteps.  El Salvador is the first domino in this game, and the others will soon follow as well.  It is quite unbelievable just how much lack of knowledge there is out there about bitcoin.  By that, I mean that there is still the stereotype of bitcoin being too slow and expensive to use.  That it can't be used for daily transactions.  People either don't know about the existence of the Lightning network, or doubt its ability to be able to perform on its promises.  While it is true that Lightning hasn't had much of a track record yet. But, a whole country will now be depending on it.  There is no bigger test.  If it is able to perform, there will no longer be any doubts about those "bitcoin concerns."  Bitcoin will have officially made it, and with that a majority of coins will have lost their use case.  Let alone the fact that DeFi will also be built on Lightning.  But I will save that for another article.

Now let's talk about ETFs. The mythical bitcoin ETF being accepted in the USA has been rumors for years, and then never come to fruition.  But this time is different.  The most reputable financial companies in the world have put in applications for a bitcoin ETF, and it isn't just a few of them. It's all of them.  With more than 20 applications for the ETF at the same time, it is becoming more likely that the SEC will not be able to reject all of them.  Remember, it isn't the government's that control the world, but the people who control the money.  The rumblings have been picking up recently at an incredible rate, and the rumblings are saying that an ETF will be accepted this year.  Most likely in October.  Some people may not recognize how big of a deal this will be, as there have been BTC ETF's that have started in many other countries around the world.  The USA remains the largest financial market by far, and also countries the mindshare of the world.  If and when a bitcoin ETF begins in the USA, there will be enough buying power that will send the price up to and over $100k.

There have been other rumblings around the bitcoin water cooler as well.  While names have not been given, there have been extremely legitimate rumors that there are large companies that have just bought bitcoin and put it onto their balance sheet.  And this will be released at a later date, in a similar fashion to how Tesla handled it.  Remember how the price soared when Tesla shared their news?  The same thing will happen here as well.  If it is one of the larger companies such as Apple, Amazon, Facebook, Walmart and the list goes on; it is not unreasonable to thing that would be enough firepower to double biotin's price in a very short period.  Now let's move onto my last point to note.  The last time that we were at all-time highs, the smartest people in the industry were being cautious.

But now they are long in a very big way.  Some of these smart people are Sam Bankman-Fried and the 3AC Alameda group; who has one of the best reputations when it comes to trading in the industry.  You can take it with a grain of salt if you want to, but those are definitely people that I wouldn't want to be trading against.

Things are about to get wild, and people are about to get rich.  Bitcoin will soon march back up to match it's previous all-time high, and will reach $100k in October in my opinion.  Reaching $200k before the end of the year.  People will remember why bitcoin is the king, and they rush back into BTC like a stampede.  I just hope that you were smart and took advantage of the price dips the last few months.  Because those days are finished for the remainder of this bull run.  Stack Sats and hodl.

How about you?  Are you feeling bullish on the near future of bitcoin? What are your price predictions?!