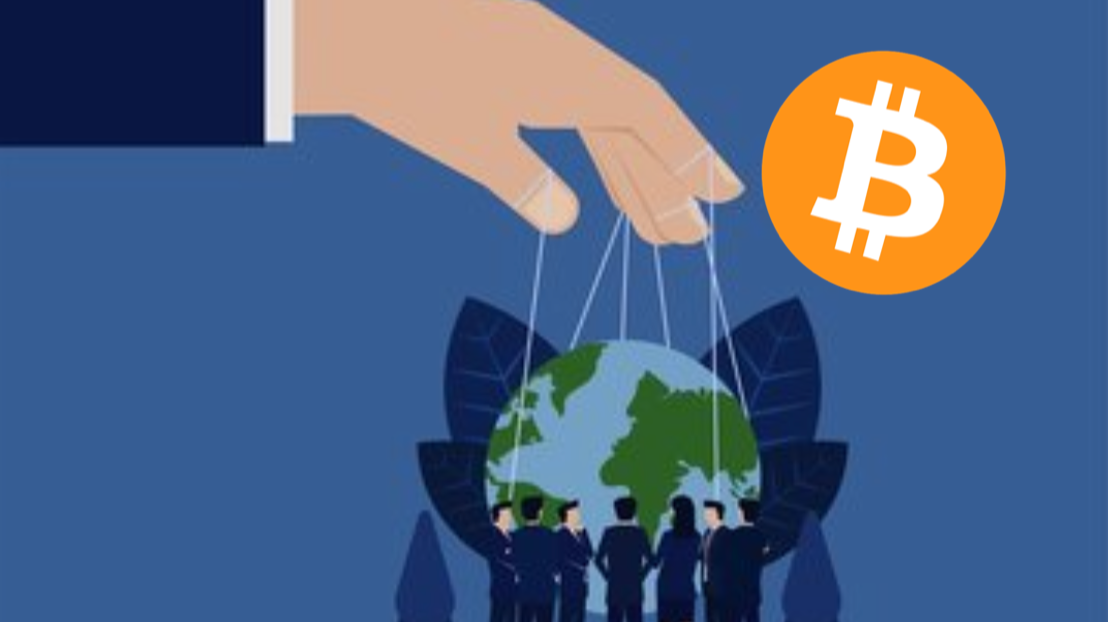 There has been a lot of discussion throughout the years about how much bitcoin is actually enough; or how much do you actually need to have.  This is where the debate comes in.  Naturally when the price of bitcoin was cheaper; the accumulation goal of bitcoin was much, much higher. Numbers that would seem inconceivable today.  But as the price has been increasing, that accumulation goal has been decreasing as well.  But no matter what your circumstances are; if you are a bitcoin whale, if you're in middle of your accumulation journey, or if you're just beginning.  There is one thing that certain about all of these circumstances.  No matter how much bitcoin you have; you do NOT have enough.

Let me tell you why.

I won't sugar coat it.  It has been a rough month for people who invest into bitcoin, and also cryptocurrency as a whole.  We went from having a mindset that we would all become rich momentarily, to thinking that perhaps the bull market has ended.  I was never of the latter opinion, instead believing that this "correction" is something much more than most people would ever imagine. I have been constantly saying the same thinking throughout my posts for the last several months.  There is a game being played right now that none of us are not privy to. The players controlling the strings of this game, are the one's who currently possess most of the power in this world.  They control the markets, they control the governments, and most importantly; they control us.  By feeding us FUD, they make the average person believe anything that they want them to believe.  All you need to do is to turn on the TV news from week to week.  One week, the bitcoin market is beyond bullish.  With some of these "high" power members also praising the bitcoin movement. Stating they believe the coin will go to at least half a million dollars in price or more. Then you turn on the news again a week later, and it is the complete opposite.  Those same people who were very bullish just a week ago, have now fully reversed their opinion. Now stating they think BTC is over-priced and will go below 20k.   In that time period, nothing has changed with the fundamentals of bitcoin.    The only thing that has changed, is the current mood that they high-strength players are wanting you to feel. 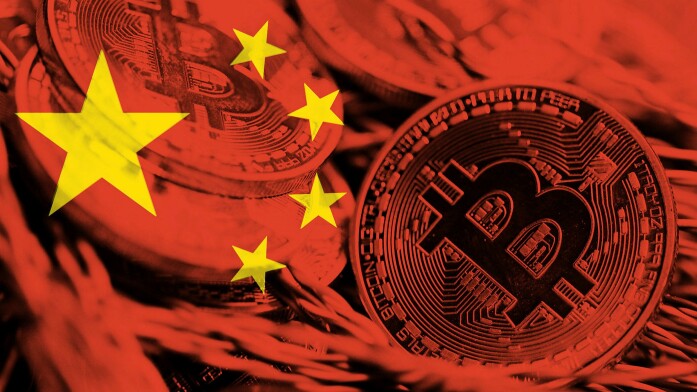 It is a game of accumulation.  Amazingly, many of these groups were very late to getting into bitcoin.  It is one of those rare opportunities where the "little guy" had the chance to get in first.  To completely change their lives.  That chance is still alive.  But time is dwindling, you need to take action now.  Like I said, it is a game of accumulation.  These groups are now coming into bitcoin and they want as much BTC as possible.  They want yours, and they want you to sell it to them for a discount.  And the shocking thing is; everybody has been doing just this.  Say what you will about the whole Elon Musk situation.  Even though he is one of the richest people in the world; there are still people above him who control him.  People that he relies on to continue to operate both Tesla, and SpaceX.  It's very conceivable that these "top" people forced Elon to FUD bitcoin, and just look at the results.  They have been able to buy bitcoin at prices 50% off or more.

Who are these powerful groups? Well yes, there are the ultra rich just like Elon Musk.  The richest people in the world.  But even above them are the hedge fund groups.  Think Blackrock, the banks.  Then there are the people ultra rich who do not broadcast their wealth.  At one point Elon Musk was named the richest person in the world.  But if you think at that point, he was actually the richest person in the world; I have a bridge to sell you.  There are players in the world who have a much higher wealth, but do not broadcast it.  These are the people who run things.  And then there are countries. With the way the world is heading towards; it looks more and more likely that the US dollar will perhaps lose its title as the world reserve currency.  If that happens; we won't be returning to a gold standard.  There isn't another likely countries' currency that would take the mantle.  Bitcoin is the most likely option.  Countries are aware of this fact; and the race to accumulate has begun.  But if the world's largest countries announced this; such as the USA, the price of BTC would instantly go to over a million dollars per coin.  I cannot emphasize how serious of an issue this.  These countries are trying to accumulate as much as possible in secret, without anyone being the wiser.  They are manipulating the market, to accumulate more.  Do you think the timing of that recent China FUD news that came out was just a coincidence?  It was planned.  And it worked out in their favor.

But now there is a new chapter in this game.  The big players wanted this accumulation game and this march towards bitcoin being a world reserve currency to be a secret.  Of course the powerful countries could afford to keep this quiet.  But, for poorer countries; they have much more to gain if they announce to the world their intentions.  And it has happened. 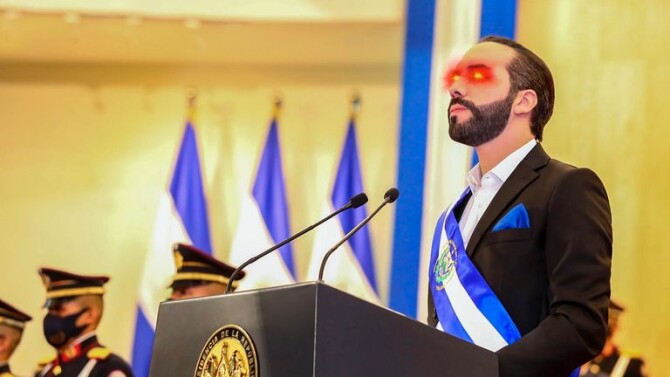 Just this weekend at the Bitcoin conference in Miami, El Salvador's president announced that Bitcoin would become legal tender in his country.  He he changed his Twitter avatar picture to a laser eyes picture.  Let me repeat that; a real president of a country has changed his Twitter picture to a bitcoin laser eyes picture.  While many downplays of bitcoin will argue that this doesn't matter, because El Salvador is a small and poor country.  But I'm here to tell you, that this is the biggest news to ever happen in the bitcoin space.  I would go so far as to say the cryptocurrency market as well.  Slowly and then suddenly.  Nobody wants to be first, but no one wants to be last.  Now that the first country has announced their intentions, I believe the next country will come soon after.

A similar situation happened last year in terms of corporations investing their cash reserve into bitcoin.  For the longest time there was next to no public company doing this.  Then Microstrategy came out with their news and relatively soon after many other companies made announcements as well.  For those of you that have been in the bitcoin market since before the whole Covid situation began.  Do you even remember how different the market was? It's crazy to think about everything that has happened, and how quickly things have progressed.

The announcement by the President of El Salvador was the "shot" that was heard around the world.  Bitcoin will never be the same.  This is the moment that many of us bitcoin enthusiasts have been waiting for.  Whether you like it or not, the world will be made up of have's, and have-nots.  Those who have bitcoin, and those who don't.

Like I mentioned up above; it is not too late to get into bitcoin.  If everything that I said comes true, bitcoin will be worth several millions of dollars per coin at the low-end of things.  That is why you need to keep dollar-cost averaging and take advantage of these incredible price-dip buying opportunities.

So to answer the question of how much bitcoin do you actually need to have?  The answer to that is simply as much as you possibly can.  This will be the biggest wealth transfer the world has ever seen; make sure to do your part to take advantage of it.  I can only imagine how devastated a person would be if they had always been a die-hard cryptocurrency or bitcoin.  Only to lose confidence and sell during the recent FUD or stop buying.  The regrets a person would have when bitcoin reaches its peak potential.

As for me.  This recent bitcoin FUD has no affect on me.  I have done the research and have full conviction in where bitcoin is going.  The recent announcement by the President of El Salvador has strengthened that conviction many times over.  I am doing everything possible to take advantage of this price dip, and accumulate as much as humanly possible.  At the end of the year, we will look back on this recent FUD period and wonder why we could see through the smoke, and what see what was really happening.

How about you? How much bitcoin do you think you need to have?  Have you been able to see through the FUD and see the game that is really happening?