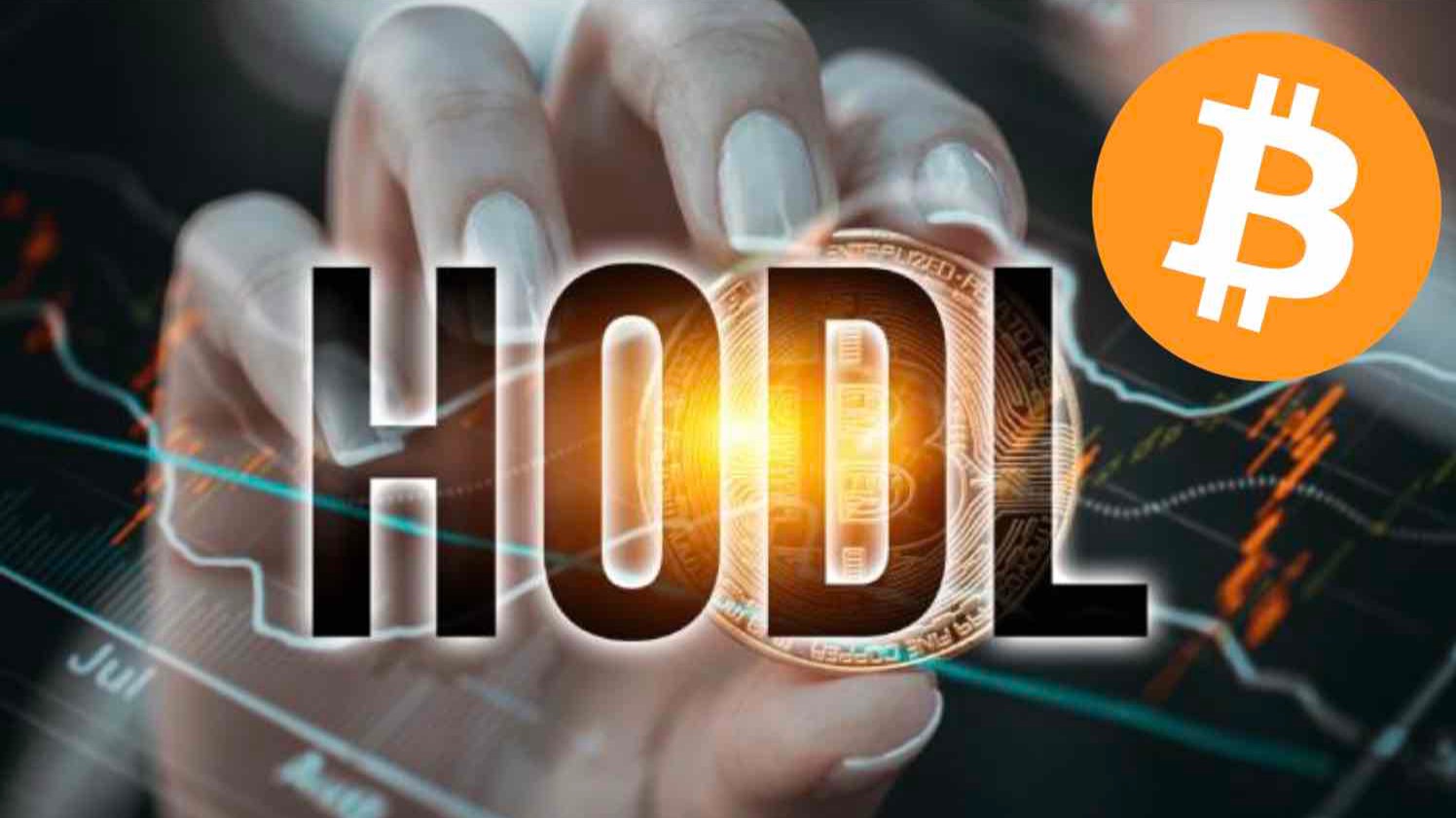 Bitcoin: A HODLER's Life For Me!

Becoming rich isn't easy.  In fact; in most situations it is quite difficult.  Many new people to bitcoin are learning this the hard way.  Bitcoin and cryptocurrency, it was the land of promised riches.  That portfolio growth was all but guaranteed to be the easiest money a person could ever make.  While I still fully believe this isn't the end of the bull market, and that we will reach now price-highs before the end of the year.  It is this volatility that will send us to some of those insanely-large price predictions that have been made.  The price will not only go straight up, but will have some bumps along the way.

It's a HODLER's life for me. 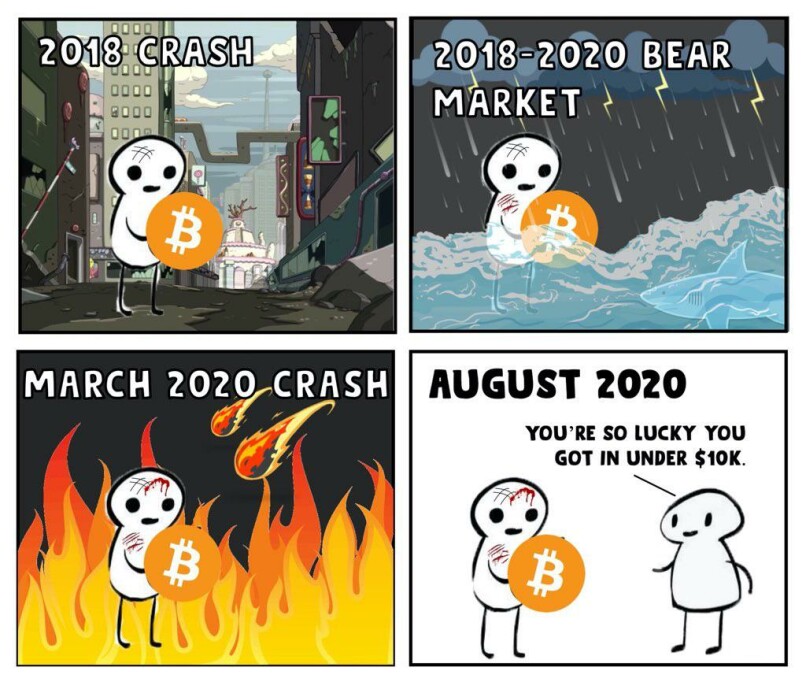 HODLING; holding on for dear life.  It is something so essential to being a bitcoiner.  It is what separates the successful and the non-successful in bitcoin .  It is something unique to bitcoin.  If bitcoin is to take on the world by becoming legal tenders of even more countries around the world, march towards becoming the world reserve currency.  If that is to happen, we will see even stronger attacks against bitcoin than we have seen recently.  It is those HODLer's and dare I say; it'll also be those stubborn bitcoin maximalists that will help bitcoin to survive, stay standing and eventually become the preferred form of money in the world.

This is how I maintain my conviction in bitcoin; even during the difficult times.

If I were to tell you that I'm extremely passionate about bitcoin, that would be a complete understatement.  It is one of the greatest passions in my life.  I am constantly consuming as much information about it as possible.  This has long ago lead me to how I feel about bitcoin; the conviction that I have in it, and how I feel it will change the world.  I'm of the opinion that it is the greatest asset out there that you can own, and there is almost nothing that could change my opinion on it.  That is why the recent FUD attacks on bitcoin, and the recent price drops have not had any effect on me.   It is actually the complete opposite.  These price drops make me incredibly excited.  The greatest asset available; an asset that will cause the greatest wealth transfer in recent memory is currently at a 50% off discount.  You better believe that I am buying as much BTC as possible.

During the 50% price dump of March 2020, I had the exact same feeling.  While others were panicking, I felt it was the opportunity of a lifetime.  And I put everything I had into Bitcoin.  It was life-changing for me.  This current price dip is the same in my eyes.  All you need to do is to zoom out and look at the macro ramifications of what is happening recently.  Corporations have adopted BTC; including one of the largest companies in the world, Tesla.  (Yes there has been quite a bit of Tesla/Elon Musk FUD, but they still hold  most of their bitcoin). Hedge funds are just beginning to get into BTC with some of the most famous hedge fund investors such as Paul Tudor Jones, Ray Dalio and others gaining strong bitcoin conviction.  Then you have El Salvador; a country that just made bitcoin their legal tender.  There are rumors of more countries doing the same thing in the near future.  And of course, just last year there was a bitcoin halving cutting the new BTC that is made in half.  As the months go by; we will get closer to the next halving which will cut the supply even further.  It is hard to believe, but we are already more than 25% of the way to the next halving.

I am not selling; but am accumulating as much as possible and boosting my ability to accumulate even further by using services like Celsius to lend out my bitcoin.  The current prices mean nothing to me.  One bitcoin equals one bitcoin.  Once you truly understand bitcoin, you will begin to feel the same conviction that I do.

But I understand that many of you are not quite to that point in your bitcoin journey yet.  Seeing the constant FUD news articles, the bearish sentiment on Twitter declaring us to be in the bear market, and then seeing the price dip quite far down.  It can be too much for people to handle.  People have their smartphones within an arm's length all day, everyday.  By feeling that FUD, and having the ability to sell your BTC within seconds; it can be too easy and far too tempting to do. 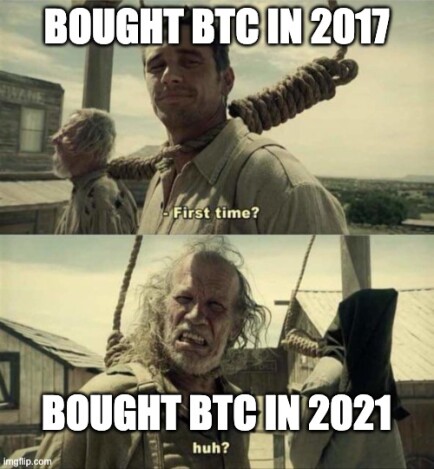 My recommendation is that if you're having a difficult time with the mental games of HODLING; is to take a break from Twitter or crypto website. Take a vacation from even thinking about bitcoin.  If need be; delete those crypto apps off your phone.  You can always re-download them in the future.

As for me, I have found my personal "zen" with the HODLING life.  Each large dip is something that I have already experienced before. It is nothing new.  These dips are chances to accumulate extra bitcoin and potentially change your life.  I am keeping my foot on the gas pedal and accumulating as much BTC as possible.  I will have no regrets.  The worst feeling would be if bitcoin went to one million dollars in price, and you didn't have the conviction to take action and missed your life-changing chance.  That is something that would haunt me forever.

How about you?  Are you living calmly in the HODLER's Life even during these difficult times?!  Have you been going all-out to accumulate even more?