We just blazed through fourteen days of an already amazing month, a very nice point to pause and bring to you all the recent developments. It’s been an action filled month for PascalCoin and cryptocurrency and blockchain projects as a whole. With much going on during this time frame, we bring you the highlights of the past couple of weeks:

The GPU and ASIC resistant hashing algorithm change was proposed and developed in order to resolve the current mining centralization situation and to prevent future dual-mining centralization, the solved the previous 99% mining centralization by one mining pool experienced by PascalCoin, this protocol termed the RandomHash however due to it's computationally-heavy nature has resulted in an unforeseen consequence of slow blockchain validation. On a typical 2019 desktop computer, the validation hashrate of RandomHash is approximately 20 hashes per second. At 288 blocks per day, that's 14 seconds to validate a days worth of blocks and over 1 hour to validate 1 year of blocks. Whilst multi-threading, performance tuning and other optimizations have significantly optimized this performance oversight, it remains a fundamental a long-term issue that needs to be resolved, and hence the development of the new RandomHash 2, while the RandomHash has functioned so well, the RandomHash 2 focuses on tackling the problems encountered using the RandomHash, the purpose of RandomHash2 is to address the need for faster block-header validation currently afflicting PascalCoin due to the predecessor RandomHash PoW algorithm.

RandomHash2 offers an order of magnitude improvement in both validation and mining hashrate. In RandomHash2, the same machine validates at ~300 hashes per second yet mines at ~1,000 hashes per second with far less memory-hardness. Whilst not empirically tested against GPU performance, these numbers suggest a 333% CPU bias.

Restoration of functioning of Mac OS wallet on the current version 4.1

Following the upgrade of the previous version 4 to 4.1 which fixes some popular bugs found in the previous version and enhances wallet functioning, many users complained of their inability to run the PascalCoin Mac OS wallet. Fortunately, this bug have been found and tackled, kindly restart your wallet and fell free to report further issues on our discord channel.

PascalCoin is a purely community driven project, hence every major decision is taken through community action and executed as decided by the community. Thus the need for organized voting systems to allow the community make informed and positive decisions. Following the constructive criticism of the previous plan for voting and proposal approval system, The DAO team hence have come up with an improved proposal for community management and proposal voting system, here’s  the full proposal on the PIP voting system consisting of biometric solution that can regulate voting using PascalCoin blockchain and many amazing real life use cases of this proposal. Do check it out an share your views!

Since the release of the BLAISE wallet for Android OS and iOS, we’ve been receiving wonderful feedback from the community members and external sources, much improvements have been made to the BLAISE wallet and will be part of the next update on the app. As we promised, we have started adding more language options to the original English language, we currently have volunteers from the Chinese, Turkish, Bulgaria, Spanish, German, Norwegian and Danish communities, hence these, languages will soon be available on the BLAISE wallet, we also encourage more volunteers to assist in translating to their traditional languages, kindly Join us on discord, every aid if highly appreciated.

On a very exciting note, we also announce the completion of the sixth and last deliverable of the mobile wallets, this includes account borrow/purchase feature, ability to send account names, price updates from websocket service, new operation pushes, push notification and so much more!, these new features will be available on the next wallet update for Android OS and iOS. Excited? Sure we are!

Want to see a new PascalCoin? Or are you satisfied with the current brand? Anyone that goes down well with you, do let us know and share your views with us on any of our outlets, including twitter and facebook, your contributions are well welcomed!

Hook up with us! 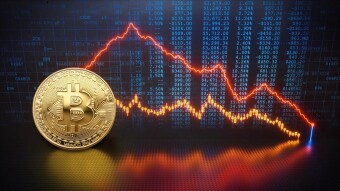 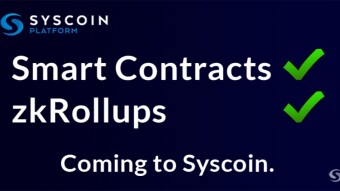 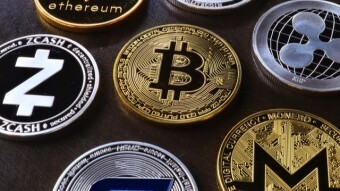