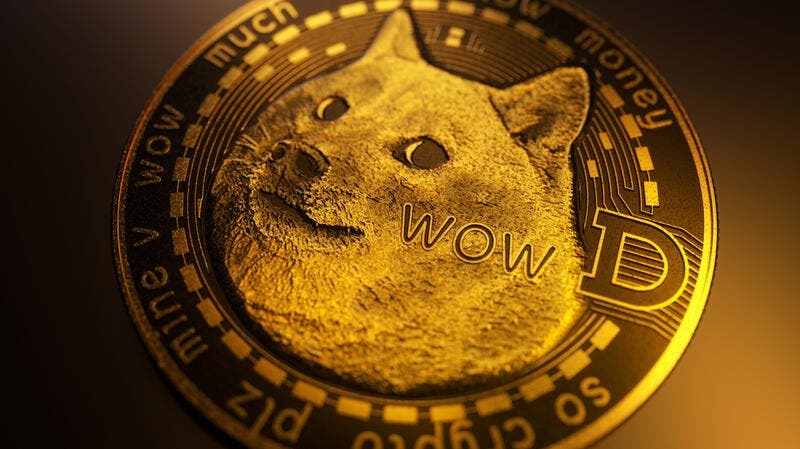 DOGE Coin is WILD. While the intricacies of cryptocurrency blockchain technology may not apply to DOGE Coin, it has not stopped its price from skyrocketing. As you see in the screenshot below, my first two purchases of DOGE Coin were both on December 20th, 2020. I spent a total of $19.00, and had accumulated 3,927.00 coins. Today, as of 9:06 p.m. East Coast time USA, to acquire 3,927.00 coins would cost $1,530.00 dollars. Whoa. 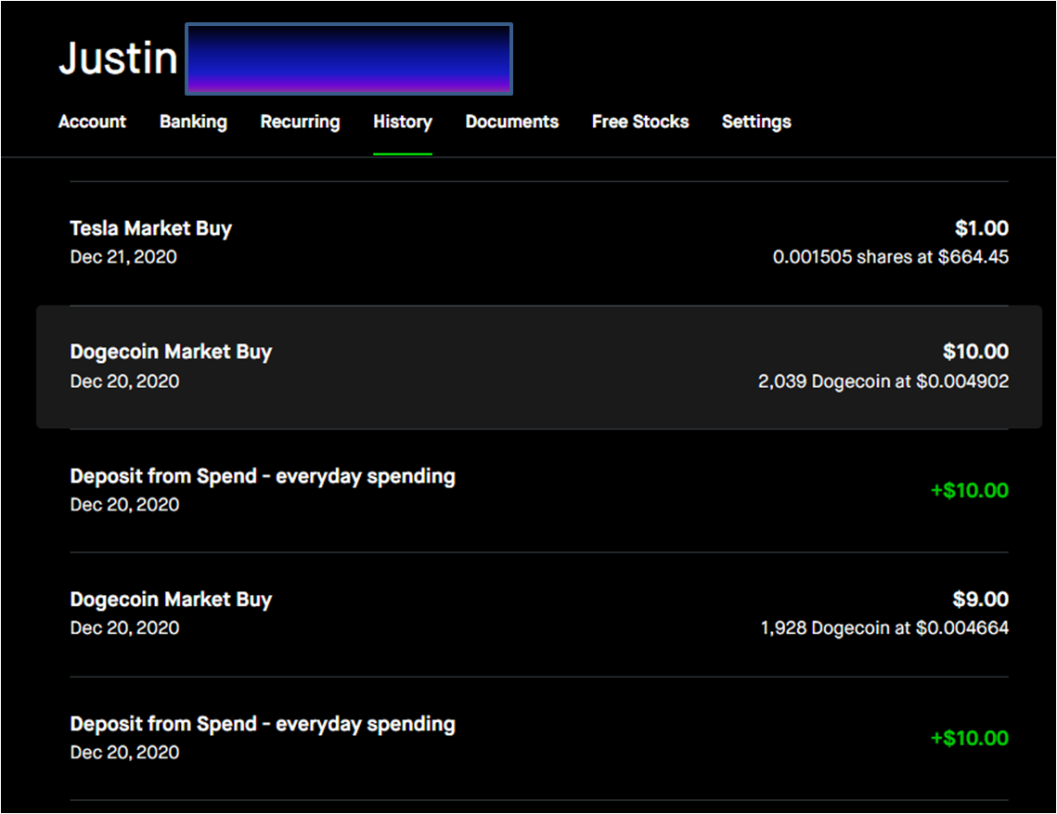 Man do I wish I had HODl'ed. Yes, I sold that position very early on.

Nonetheless, to my credit, I only started trading stocks and cryptocurrencies in the weeks prior to those first purchases. I didn't even really know what a cryptocurrency was. I had no idea about HODL'ing, about the cultish nature of crypto investors, and had no idea of what was to come. I have also been teetering on financial ruin (unexpected job loss), so I was being careful as best as I could.

Since those first buys, I always kept an eye on DOGE. I got to know the price ranges. I watched when Elon started pumping the coin, first over $0.010 (one) cent, then near to $0.100 (ten) cents, and all the way to recent highs of about $0.420 (forty-two) cents per coin. As I write this, DOGE is holding steady around $0.39 cents per coin, after double-digit percentge gains on price today, nearly re-claiming all-time highs.

Along the way, after selling my early positions, I rebought into DOGE. I re-bought when the coin was about at $0.060 (six) cents per coin. I sold that position in chunks as DOGE con made its run-up to $0.420 (firty-two) cents in recent weeks. I made some profit but sold most of this position too soon and before the prices really soared.

This time around I got back in at about $0.260 (twenty-six) cents a coin. And this time it's different for me. I have learned a lot since December 20th.

Firstly, I need to trust my gut instinct and not what others say. There may have been a friend or two who echoed "sell, sell, sell." I listened. Secondly, this has become a HODL situation for me. I'll skip a meal at this point to hold my DOGE. I now hold about 758 coins and have seen my investment go up by about 33%. If you want to get in my advice is to wait for a dip. Seeing as how there were double-digit gains today, maybe it will cool off a little going into next week. Scaling in when you think it's dipping can be a good approach. Set a limit-price buy, and see what happens.  You never know because some drops and recoveries in DOGE Coin prices seem to be almost instantaneous, as if all the computers are catching up to themselves, or as if some algorithm is hashing out all the lower buys and sells.

Given where things stand today I believe DOGE is headed to at least $1, though it will take a little while and there will be some ups and downs before then. In a future post, I will give my technical and other reasoning as to why I believe this. What happens when that point is reached is to be seen.

Until then, DOGE Coin to the moon baby!