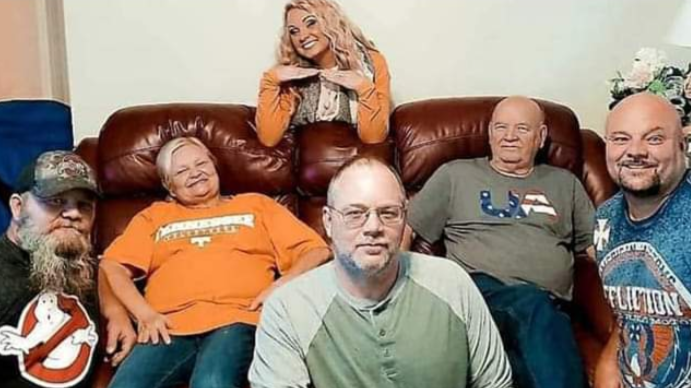 This has without a doubt been the roughest year of my life. If it wasn't for my personal relationship with my Lord and Savior Jesus Christ I would have given up a long time ago.

Back in March I received a call early in the morning. It was my oldest brother Phillip  Facetiming a family chat to tell us that our brother Randy had a heart attack and was in the ER. Phillip said that the doctors were working on Randy but things weren't looking good. When we hung up we all started praying. As I was praying I got a feeling of peace and comfort in my spirit and God spoke very clearly to me that "this isn't his final call but this is his wake up call". This made me very excited so I grabbed my phone to let the others know what God just spoke but before I could even get my phone on God spoke again "NO". I didn't understand why God didn't want me to let the rest of the family know but if He didn't want me to say anything than I wouldn't. So I was pretty confident that Randy was going to pull through all this and I just went on about my day while I was waiting on an update. Finally after about 3 or 4 hours Phillip did another family chat. He was crying and said Randy didn't make it. As soon as I hung up I prayed to God asking why and telling him this isn't the way it was supposed to happen. The next few days were really rough for the whole family. As I've stated in the past I'm a former addict and if I would have had access to anything I'm 100% certain I would have relapsed.

As anger and bitterness set in the last thing I wanted to do was pray. "This isn't his final call but this his wake up call" kept playing in my mind over and over again. I kept thinking of the wonderful feeling of peace and comfort that I felt in my spirit while I was praying for my brother. It just didn't make sense at all to me. Finally after a couple of days of mourning God spoke to me again. "This isn't his final call but this is his wake up call! What's the ultimate wake up call?" Again this really didn't make sense because the "ultimate wake up call" is when the trumpet blows and the dead in Christ are called to meet Jesus. As far as I knew my brother wasn't a born again Christian. Then God brought back a conversation my brother and I had a few months earlier. My brother was telling me that he wanted to straighten up and live right. He just had some issues he had to take care of then he was going to start going to church. His 2 biggest issues were that he used marijuana and he was living with a woman out of wedlock. I told him not to wait and that God will accept us just how we are. I reminded him that when I got saved I still was taking methadone for about 4 months and I was still using marijuana for about 6 months. Just because I was still doing these things didn't mean I wasn't saved. It just meant that God was still working on me to get me where I needed to be. It wasn't that God couldn't take those things away from me when I repented of my sins but it was that I had to have enough trust and faith in God to allow it to happen. I told him that all he had to do is turn it over to God and God would take control.

The following Monday we had a memorial service for my brother. After the service most of the family met at a local steakhouse. As my wife and I were talking to my brother's girlfriend she told us that my brother had been teaching their 5 year old grandson how to pray and was reading him the Bible at night. Tears started flowing out of my eyes as I again heard "this isn't his final call but this is his wake up call".