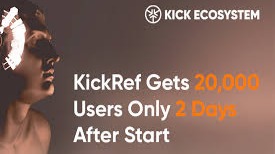 The KICK Ecosystem and Future Expectations and Analysis 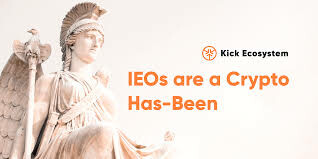 Kick'ing Up a Storm! What the KickToken is and what is going on with KickEx.

Exchange Tokens are a huge thing right now in the markets. Beyond the value of well established exchange coins, like Binance and Kucoin's tokens, new emerging exchanges and their currencies are one of the most sought-after "buy-ins" in the markets.

If you were paying attention, last Friday the 7th of February 2020 thru to Monday the 10th, were huge days for the Kick's token.

That's if you were paying attention to the 500% Pump, which was not a pump and dump pump but rather a market cap release that surged the price and the value of the Kick Token.

The value increase was the answer to the demand for the coin, which is what happens when you randomly airdrop 888,888 tokens upon thousands of active Ethereum Blockchain users.

Although Kick didn't exactly go into detail on how they chose the recipients for the 888 thousand tokens, the frozen airdrops spurred massive purchases and the start of their referral program. A referral program which now has 461,582 registered users and 26,554,000,000 KickTokens distributed and assigned.

Pretty impressive numbers for a new exchange about to hit the mainstream and from my experience as a beta tester, now in alpha, this is one awesome exchange.

No. I'm totally not trying to sell you on this. Not even a little. The features, the UI and the ease of use is beyond anything I've used before.

I mean, I just wrote Bitforex a review and let them know just how utterly horrible their exchange is. Trust me, if KickEx was anything else but what I'm telling you, I wouldn't have taken the time to write this review or waste your time or mine pursuing an exchange that would disappoint either of us.

What is the Kick Ecosystem? Is Kick is Scam??? 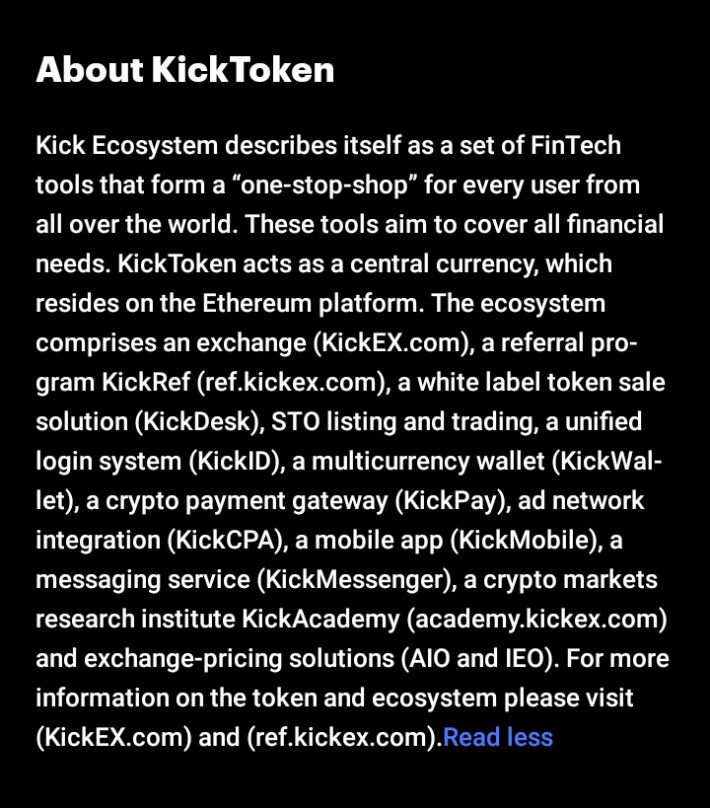 As you can read for yourself, there is a bunch going on over at Kick headquarters.

As with any statement made by any currency or new exchange, take it with a grain of salt and DYOR. However, this entire proclamation is actually being pursued and their team is hard at work making all of this a reality.

I'm using the test exchange, and read a few things available on the Institute and everything else Kick is doing. Everything seems tightly woven together and professionally done.

I think they're more than just legit but rather "fully engaged" to succeed at this enormous task ahead of them in this ecosystem they've designed and readying for deployment.

The Price is up and the value of the KickEx and other products should push the KickToken even higher.

I don't like making predictions. I try to keep emotions out of my conclusions after doing research. 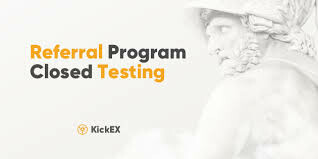 That means when I looked into Kick, I was immediately looking at it with a keen desire to find flaws and red flags. Simply because I don't trust Jack about anything in the crypto realm until it's a reality.

My issue was that KickEx and the people behind it were very forthcoming and willing to disclose what they could.

There were/are some limitations to what I could be told, but having the opportunity to witness the transparency and willingness to give me answers was something I wish more currencies would do.

The price is up and down between 0.0007-0.0004 at the time of this article's conception. Kick is available on a few exchanges and I highly recommend Kucoin for any direct Kick purchases.

I can tell you that there are plenty of exchange tokens that exploded into the 3$ USD range quickly after they were up and running within a year.

A wise investor would grab this token for both a long hodl and for which gains. If the exchange does even remotely as good as I think it will, there is a great chance to see this token up into the 3-10USD range after a year or more.

I hate using my referral links on my articles because people tend to think you're just trying to get a few people signed up to meet a quota.

With that said, I'll just come out and say it...

I am trying to get people to sign up for the new KickEx. Not just because of the chance to get more KickTokens, but because you'll profit from the opportunity as well.

I don't think you like KickEx, I know it.

As always, please share and tip. Also if you enjoyed this article about Kick, here's my Kick Address. Kick me some Kicks.