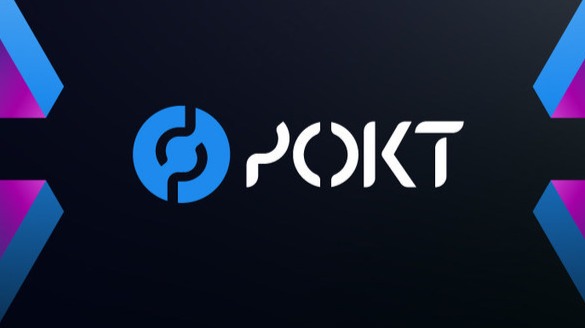 Things to consider before venturing into Pokt Pool

Hi again folks, just as a reminder for the following and all of my other articles, this is for educational and entertainment purposes only. I am not a financial advisor so please do your own research to find out what investments are best for you.

So if you've followed along with my previous articles, you'll notice that I've been doing a lot of research into different nodes as of late. And no, I have not really looked into any of nodes that have little to no utility with degen overnight returns, but instead ones that have either pretty significant utility like Cake the DFI blockchain or proven ones such as Yield Nodes which have been providing stable consistent yields and profits for an extended period of time.

In the case of Pokt nodes, the focus is on the former--Pokt intends to use its nodes for servicing relays between blockchain applications for proof-of-stake consensus. By servicing these relays, "the node will have an opportunity with each block to be a block producer and earn 1% of the total block reward. If a block has 1,000,000 relays in it the block reward is 100 POKT. I won't go (nor could I accurately even if I wanted to) into the specific details of how the technical mechanics of how relays work, but essentially what the Pocket network, is that it decentralizes the relay network "that's compatible with all blockchains--plus it promises dramatically lower costs than centralized alternatives. Much as Uber cut out the middle between drivers and passengers, Pocket Network aims to do the same for blockchain-based apps and full node operators." Essentially it allows blockchains to one another decentralized servers or nodes. For comparison sake, decrypt.co reported in 2020 that "70% of Ethereum nodes are hosted on centralized services...many apps on third-party cloud services like Amazon Web Services." Thus as individuals start running their own Pokt nodes, the point of Pokt is to strengthen decentralization off of service middlemen like AWS.

The most exciting thing about Pokt is its growth. Currently there are more than 40 supported blockchains, (including all the big ones such as Ethereum, Avalanche, Polygon, and Solana) and the list keeps growing. Keep in mind that Pokt only went mainnet last summer and people were only up until last winter able to buy POKT tokens via OTC. And since November last year, the total number of relays performed by POKT has risen significantly, increasing by 100's of millions:

I don't think any better graphic could show how insane their utilization has been ramping up! And with increased utilization and application to different blockchains and projects, I imagine that the number of relays will most likely increase in the future.

Not wanting to get POKT on OTC, It really wasn't until this past January when I saw POKT appear on bigger exchanges. I myself didn't get clued in until I read about Okcoin's POKT promotion where the first 1,000 customers could get $50 dollars of POKT for free with a purchase of $50, which I would have wrote about earlier had I not found out just a day or so before the promotion ended. (And on that note, I did qualify for the promotion even though I didn't by in until a day before the promotion expired, which probably goes to show how little known POKT still is!). OkCoin is still where I continue to top up my POKT and I love it because apart from their promotions, you can also set limit orders. And speaking of OkCoin promotions, if you decide to join, consider using my referral link (https://www.okcoin.com/join?channelId=600144249) and receive $50 dollars free.

My main point here is that as blockchains garner more support and utilization, so will the Pokt network. And seeing how I personally believe that we're still really early in the period of blockchain utilization, the room for Pokt to grow seems highly likely.

Running a Node Yourself

So I'm going to be short with the steps of running a node yourself, because from what I've read, it does take at least some basic developer-background, a background that I unfortunately do not have. But in a nutshell, you can setup a node yourself or else you can hire someone to host the server for you, but in order to do so, you need at least 15,000 POKT (many recommend around 15,150 for transaction/burn fees) to run one, which at price of writing is equivalent to around 9,000 USD worth of POKT.

To most people (including myself), this is a significant amount of money, but it is a price set deliberately to create a "stable barrier of entry" and is also a price that can be subject to change later if decided upon by the Pocket DAO. This is why for small-timers such as myself, I have taken advantage of their Pokt Pool, where as the name implies, people can pool their POKT together into nodes to reap the similar rewards as you could hosting your own node alone.

Pokt Pool describes themselves as "The first and best automated staking pool for $POKT," and though it does take a few steps to setup, they are fully transparent about the returns one receives as well as some of the fees they charge to host the node(s). These steps are also outlined in their discord channel, but in a nutshell you have to:

1) Buy POKT, which as I stated before can be done through exchanges such as OkCoin

2) Send your POKT to your POKT wallet (Note they do not want you sending your POKT to the Pokt pool directly from an exchange, my assumption is for simplicity sake)

4) Fill out your staking request form with your Discord user ID, e-mail, amount staked, your sending wallet address (which MUST be from  your personal wallet address and not from an exchange)

5) And then you can track your deposits through the confirmations page earning through the tranche stats page.

After you're confirmed, your POKT will be injected into the next subsequent tranche which typically last around 3 days. On the tranche stats page you can transparently see how much you have earned on a gross and net basis, which include the node-running fees that were taken out.  There are a couple of additional considerations such as needing to KYC if you want to withdraw your rewards, as well as the fee structure itself, which includes pool fees (Roughly 5% that goes to poktpool) and infrastructure fees (which overall comes out to about $7 per day per node, not to the individual user).

What kind of returns can I expect?

So the return statistics are not consistent because of the nature of the nodes themselves. If nodes are not well utilized over the tranche period, then returns will not be as great. But vice versa, rewards will be better if they were used at an increased rate. Therefore, if you are bullish on the utilization of the Pokt network in general, then you could assume that payouts/returns would be greater in the future than they are now.

I myself have only started participating in the past few tranches, and in that period of time I have injected POKT more than once, but in the current tranche, I earned a little bit more than 65% APY. But like I said, keep in mind that this can fluctuate greatly because 1) It's a snapshot over a 3-day period, and 2) utilization rates can change significantly. To put things in perspective, a few tranches earlier I had earned at a rate of more than 300% APY!

As I mentioned before, all of these figures can be tracked through their stats page: 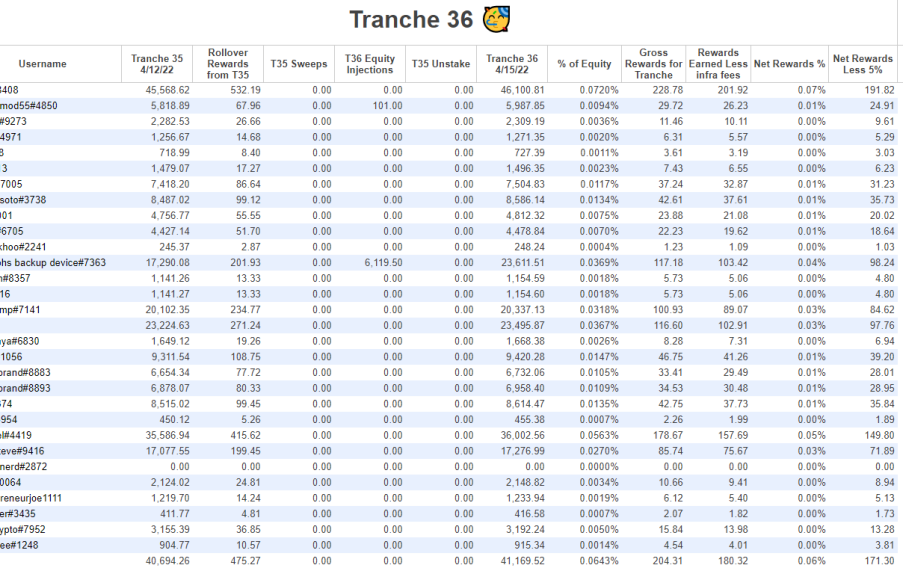 Now if this whole process seems a bit confusing and complicated, the good news is, is that they are starting to migrate everyone over to a new webapp which is supposed to make the whole onboarding/tracking process a lot smoother and cleaner. In addition, the webapp will introduce a KYC option, primarily targeted to users coming from the US.

So right now I just don't have the extra capital to spin my own node, but I am looking to keep buying and accruing more POKT so that I will one day soon be able to do so. From what I can tell, the prospects of the pocket network are very bright and I think that it will only become more utilized in the future as they continue to expand its user-base to more and more blockchains and apps.

Have you already started your own node or joined pokt pool? If so, I'd be curious to hear what your own experience has been so feel free to comment below!