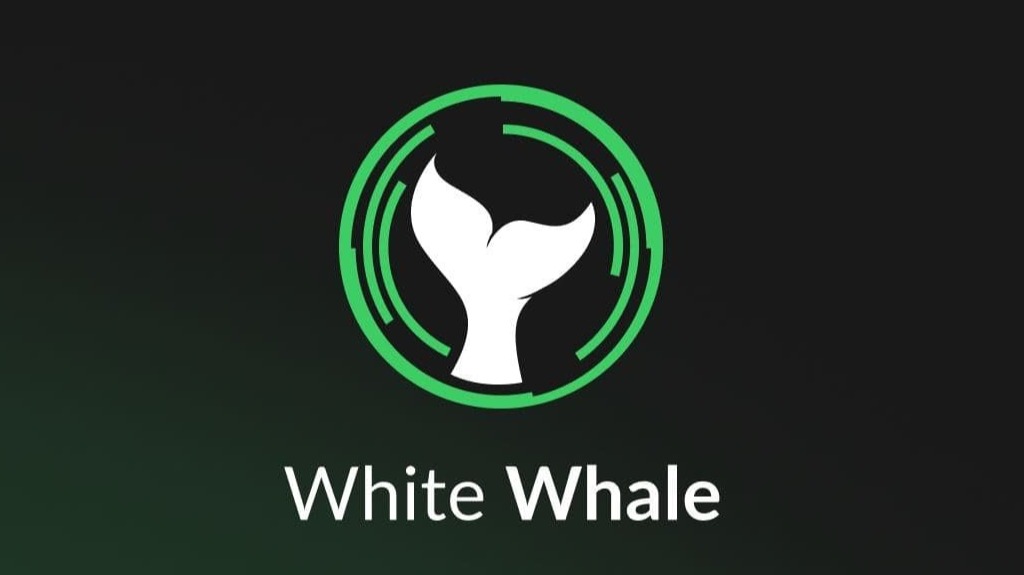 Hello again folks, just to preface again that this is not by any means financial advice, and instead for educational and entertainment purposes only. As always, please do your own research and find what investment(s) might be best for you.

The search for more yield on stables

If you've read my other articles on stablecoins (such as Midas) you've probably realized that I spend a considerable amount of time trying to find lucrative stablecoin strategies that generate the highest and hopefully safest returns. Although I've never written specifically about the mechanics of Anchor, I am going to make an assumption that most readers will already know what Anchor Protocol is, simply because it's Terra ecosystem's #1 flagship where you can earn pretty awesome returns on your UST stable coins. Currently at the time of writing this, the current APY is 19.45%, and it's consistently hovered around that range.

What was surprising to me then was that it took so long for me to find out about White Whale's Arb Vaults that at a baseline pays out Anchor's ~20% APY plus an additional APY in arbitraging. It's only been a short time that I've deposited money into their UST vault and already I am seeing significant differences in return.

I've written before about arbitraging in the past in respect to LUNA, but arbitraging (or arbing for short) is basically when you can capitalize on the differences between different market or exchange rates. In it's simplest form, an arbitrage is like buying 1 UST at Okcoin for $0.99, and then turn around and sell it on KuCoin for $1.01. Disregarding any deposit/transaction fees, this would lead to a profit of $0.02, which may not seem like much, but scaled out to hundreds or thousands of dollars in volume, this can add up to quite a lot with relatively small risk.

In the case of White Whale, what is revolutionary is their induction of their Arb Vault, which allows the deposit of UST earning Anchor interest plus profits made from arbitraging. Now I have no dev background so I can't even begin to try to speak to how they seek different arbitrages out, but you can see a long-running list of all the different arbitrages the vault has taken advantage of, all accompanied by their transaction hashes:

Now the rate that's advertised on the Vault page is a bit misleading because although it shows whatever the Anchor APY rate is, it doesn't really give a description of what the additional rate for arbitrages is: 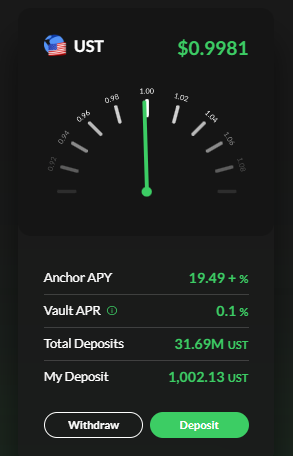 I suspect that this is due to some factors that are directly inherent to arbitraging itself:

1) It's hard to accurately predict when arbitrages will occur - It's easy to identify arbitrage opportunities, but it's much harder to predict exactly when they will occur. And this is examples in their arbitrage log--sometimes several are identified within minutes, but there's other stretches where there are none identified for hours.

2) Profitability from arbitrages can vary significantly - Another thing you can see on White Whale's arb log is that each arbitrage has different amounts of profitably, ranging from just a few cents all the way to a few dollars.

3) Arbitraging is limited by the amount of liquidity - One of the reasons why market differences can occur is due to amounts of liquidity with liquidity pools. For this reason, just because you see an arbitrage opportunity you can't just throw millions of dollars in to take advantage because eventually in theory the liquidity will even itself out which thereby nullified the arbitraging opportunity difference.

OK, so how much more can I make exactly?

So like I said before, I only recently got tuned into White Whale's arb vaults so I haven't been using it for very long, but just after a few days I am making about 23% APY, which is not a mind numbing difference, but definitely better than Anchor's 19.5% APY. And when dealing with stablecoins, I would argue that every base percentage point counts.

I think there's really nothing but good news here if Anchor was your only main alternative. Not only will you be guaranteed to make Anchor Earn's interest, but you'll have a little extra cherry on top due to the arbitrage profits.

Other factors to consider about White Whale

Many different liquidity pools and vaults pay out in the protocol's own token, which means you take on the risk of the protocol token losing value. Although White Whale does have their own token, the Arb Vaults are all paid out in native UST, which makes it mirror Anchor Protocol's deposit/earning function.

For those of you completely new to White Whale, they are a highly respected group in the Terra ecosystem and the protocol itself has been audited both by Oak Security and Certik. That being said, White Whale has lost millions of tokens in the past, but from a scam, not a hack. Basically what happened was that White Whale was scammed by a fake KuCoin listing and they sent millions of their WHALE tokens, totaling close to around half a million dollars.

Lastly, some one please correct me if I'm mistaken, but White Whale doesn't appeared to be insured, or at least it's smart contract vulnerability doesn't appear to be. So therefore if you decide to put your UST on White Whale and it gets hacked you might be screwed, but on the other hand with Anchor, you have multiple options for Smart Contract Vulnerability. Therefore, you have to weigh out how much the extra profit on White Whale is for you versus buying insurance for Anchor.

As excited as I am to use the UST vault, I'm even more excited about when White Whale's LUNA vault gets released. I'm very bullish on the terra ecosystem and hope to keep increasing my LUNA bags as I go along for the ride. Due to White Whale's highly valued reputation and history in the Terra Ecosystem, I believe that there's few places where you can more safely put your assets into.

But I feel like I'm already late to this and it's made me wonder if there are any other Arb vaults out there. Does anyone know of any on other blockchains? Something hands free? If so, please let me know in the comments below!