The following is a snippet of data points highlighting how the pandemic has affected and is shaping the United Kingdom media trends in the somewhat challenging year of 2020. 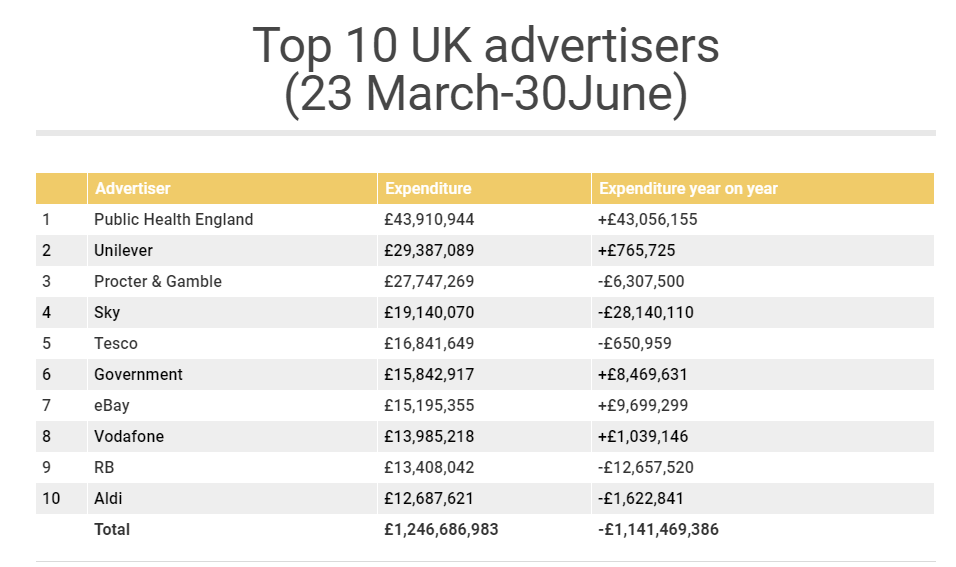 The biggest fallers were amongst the categories of enterainment and leisure where the spend was down over £200m, with transport and travel following up another £140m decrease. 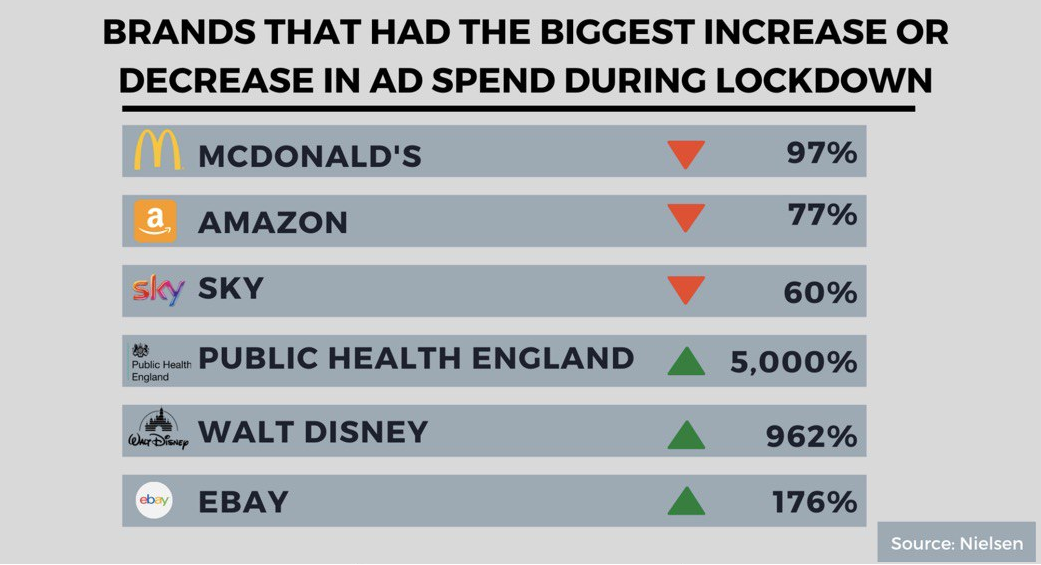 Amongst the brands that took the biggest decrease in ad spend McDonald's has takest the highest dive of 97%, followed by Amazon on 77% and Sky on 60%.

The Public Health Of England has seen its biggest rise with astonishing 5,000% increase followed by Walt Disney on 962% and eBay on 176%.

Even with empty stadiums, the United Kingdom's love for the sport remained at rocking high levels and saw an increase across all live sports broadcasters reaching the peak with game of Everton vs Liverpool of 2020 Premier League season has drawn an all time high peak of 5.5m viewers, being just left behind by the Game Of Thrones programme which has achieved 5.85m viewers.

The early signs are that the people on average are now spending up to five hours a day making it over an hour more in front of TV per day comparing to previous year.

Those trends initiated by the lockdown and post lockdown behaviour are likely to mould the consumer behaviours for the following years to come with online services for necessities like grocery and banking normalising amongst the demographics which would've stood by the typical brick and mortar services back in the past years.