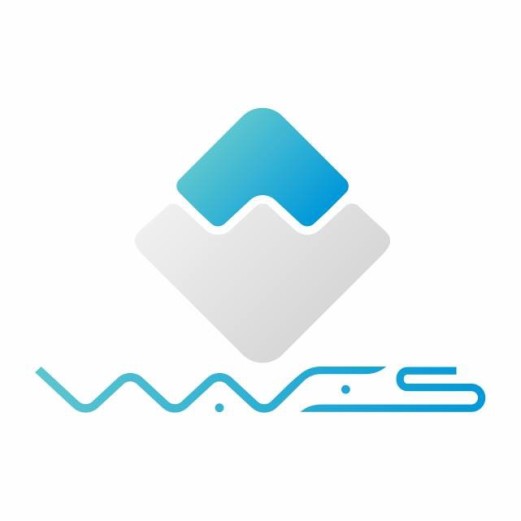 When Ethereum was introduced for the first time, everybody thought it was such an amazing concept. Different from Bitcoin, where it was purely used for peer-to-peer transactions, Ethereum enabled a wide range of possibilities thanks to the utilization of the smart contract mechanism. Suddenly, everybody could issue his own crypto tokens on Ethereum, and developers could create casual games and gambling applications on top of Ethereum as well.

There was one problem, though. Ethereum was considered too slow and not scalable enough to support mainstream financial applications. And then, we have Waves. It was claimed that Waves would be the better blockchain platform to issue your own token and for trading on a decentralized exchange (DEX). Waves also successfully captured the people’s enthusiasm through its Initial Coin Offering on May 31st, 2016.

But, how about now? Is Waves still a relevant project in 2020? And is it still worth it to put your money in Waves coin? Let’s find out together with this article!

In short, Waves is one of the altcoin projects that try to compete directly with Ethereum. Waves team claim that the project is built for Web 3.0 that they envision will utilize a lot of applications with distributed ledger technology (DLT).

The main concept of Waves is that people should be able to release its own dApps (decentralized applications) easily on a blockchain platform. DeFi (Decentralized Finance), DAOs (decentralized autonomous organization), and other dApps that you normally find on Ethereum are the main use-cases of Waves as well. 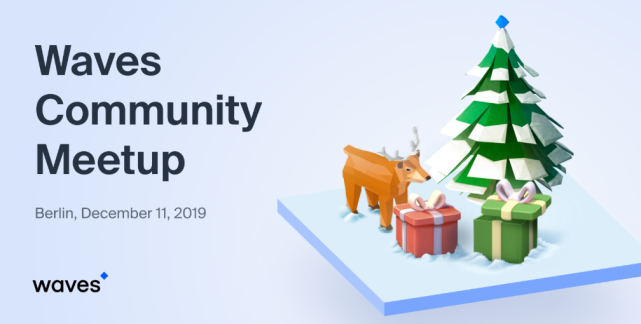 But, of course, to be able to achieve better scalability than Ethereum, Waves has to utilize a different consensus algorithm. Waves uses a certain consensus algorithm model called Leasing Proof of Stake (LPOS), which is believed to be more cost-effective than other variations of Proof of Stake. With LPOS, nodes can obtain leased tokens from other individuals to generate blocks and obtain better mining rewards. The generating balance of a node has to be at least 1000 WAVES.

As for the token owners who lease their tokens, LPOS allows them to earn a certain percentage of the payout as the incentive. The node owner may send a certain part of his rewards to the token leasers according to his own conditions. And the more transactions that the node gets on the network, the more incentives that the leasers get.

Apart from its unique consensus algorithm, Waves also created different products to attract different groups of people with its blockchain. The most recognized names are Tokenomica, Waves Enterprise, and Waves Labs.

For your information, Tokenomica is like an exchange that let new startups to raise funds via the concept of smart securities. The whole process of launching a token is made simple and easy with Tokenomica.

Then, we have Waves Enterprise, which offers blockchain-based solutions for corporations. Waves Enterprise is a private network that can help businesses to select customized blockchain solutions with multiple consensus mechanisms such as Proof of Authority (PoA) and Proof of Stake (PoS).

The third one is called Waves Labs, where Waves team will directly support developers who want to build their own projects on top of Waves blockchain. Waves Labs also gives grants and can help develop with DAO.

Long story short, Waves believes it has all the right fundamentals to be the main dApp platform compared to its competitions. 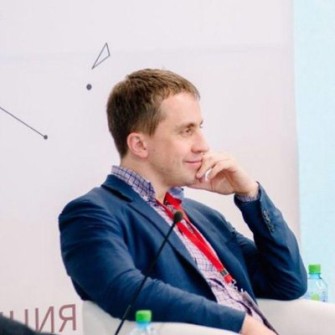 Now, here comes another important question. How capable is the core team of Waves? This is important to help us decide whether to invest or not in this coin. After all, who knows better about the future of this coin if not the core team itself? They are the decision-makers of the project.

So, how about the Waves team? The leader and founder of Waves is Sasha Ivanov, a Russian entrepreneur, who seems to be quite active on Twitter. Sasha doesn’t seem to care much about the team’s visibility, as you cannot see any profile of Waves team members on Waves official website.

However, I managed to find some extra information on LinkedIn. For example, I found out that the Chief Marketing Officer (CMO) of Waves Platform is Philipp Eryushev. It is claimed that he has been in the digital field since 2012, and he used to work at iConText agency. Waves Platform is literally his second portfolio on LinkedIn, and he’s been working here since 2017.

The next interesting person is Alexey Koloskov, who is the Chief Architect and Blockchain Developer at Waves Platform. The same guy is also the Chief Executive Officer at Orion Protocol. Before his time with these blockchain projects, he used to work as Lead IT Project Manager at UniCredit Bank Russia.

And then, there’s Leonid Matveev, who is the Head of Trading Analytics at Waves. He joined Waves in March 2018. Previously, he was the Head of Development of Investment Products Department at Alpari, one of the biggest forex brokers in the world.

From the technical side, there’s Yuriy Naydenov, who is a senior Blockchain Developer at Waves since September 2017 until today. He used to be the Lead Software Development Engineer at Deutsche Bank Moscow.

After Yuriy, we have Alexander Morozov, who serves as Senior Manager of Product Development at Waves since January 2019. Even though he’s still new, but his responsibility is quite big. He’s also the Vice President of Project Management at BankEx since 2017.

Then, we have Sergey Tolmachev, who is the Research Development Lead at Waves. Previously, he worked for xPost as Scala Developer. xPost is a company that specializes in back-office trading platform development.

Next, we have Vladimir Kozlov, who acts as the Editor for Waves Platform. He joined Waves in November 2018 and has been working for the same company ever since. Previously, he was the Head of Content at 7Seconds, and the copywriter and video producer at LATOKEN. In 2014, he was the Head of Multimedia at The Moscow Times.

Then, there’s Ilya Shkrukenko, who serves as the Marketing Manager at Waves Platform. He’s been working for Waves since 2019. Prior to his time here, he was working in the Marketing & Communications department at UOS Network.

After Ilya, we have Emily D., who is the Head of Global Community for Waves Platform. She’s also the co-founder of FreshVeg Blockchain, a peer-to-peer platform that connects local farmers utilizing the blockchain technology.

All these names above are considered decent enough though (to be fair) they are not as good as the core team of some other altcoin projects. Waves competitors have bigger and more famous names in their executive positions. Personally, I think Waves team is decent, but the competition in the blockchain space is very tight.

The Use Cases Of Waves Coin 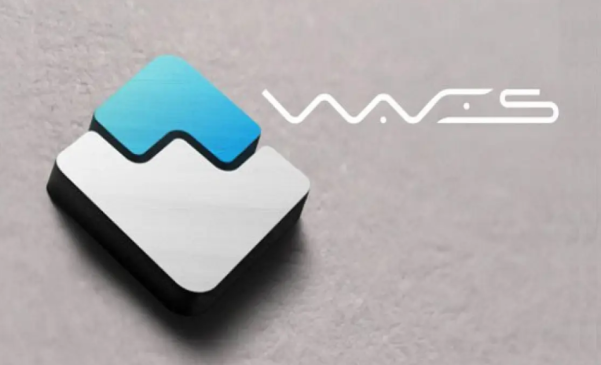 The illustration of Waves Coin

Now, you might be wondering, what are the exact use cases of Waves coin inside the Waves ecosystem? After all, we are here because we want to invest in Waves coin, right? Well, the answer is quite simple.

First and foremost, we need to remember that the consensus algorithm for Waves blockchain is LPOS (Leasing Proof of Stake), which means the coin is needed to “stake” in the network. And the network can only be secured with more coin staking. That alone gives natural demand to Waves coin as more adoptions happen for the blockchain itself.

The word “leasing” itself is also important. Because the more leases that happen on the blockchain, the more Waves coins will be passed from one hand to another. That’s another natural demand for the coin.

The Waves core team has been thinking quite carefully about how to attract more demand for the coin, and the concept of LPOS is actually quite good for the future of the coin.

There are several big names in the partnerships list of Waves Platform. The Waves team is actually doing quite well in this sector.

One of the most famous partners of Waves is Deloitte. It was said that Deloitte and Waves partnered to provide clients with comprehensive ICO services as well as customized blockchain solutions for specific business tasks. This partnership was seen as a huge business opportunity for Waves.

The partnership with Deloitte was seen as a huge win

And not long after its Deloitte partnership announcement, Waves claimed that they had helped Kazakhstan to become the second country to regulate the cryptocurrency industry, thanks to Waves’ partnership with Juscutum, Kesarev Consulting, and Deloitte.

And about one year later, specifically in September 2018, Waves was discussing potential scenarios for the use case of Waves in the Maltese government and corporate sectors. Waves CEO, Sasha Ivanov, flew to Malta, to discuss these things directly with the Prime Minister of Malta himself, Hon. Dr Joseph Muscat.

Another important partnership was the Burger King Russia’s token issuance on the Waves Platform. The token is called Whoppercoin, and this news was seen as remarkable adoption for Waves in the Eastern Europe.

The news about Burger King Russia, directly from burgerking.ru itself

While there are not many names in the partnership section but all the names above are all important government entities and corporations. I say Waves is actually doing better than many of its competitors in this regard.

When it comes to Waves future and potential roadblocks, however, things don’t look quite well for Waves. The problem is that Waves is trying to be an all-in-one dApp solution for everybody. For the same niche, we already have giant altcoin projects competing for the same pieces of cake.

Ethereum, EOS, Tron, NEO, and many others are all trying to prove which one is better than the others. Nobody knows who will win this race in the long term, but it’s not easy to sell your idea if your only selling point is just a more scalable and faster dApp platform than Ethereum.

At the moment, Waves doesn’t have many developers and applications in its ecosystem. It will be hard to attract users to Waves if they don’t have a decent amount of dApp developers.

As I have mentioned in my other articles, altcoin prices are always affected by one big factor called Bitcoin price action. Unfortunately, this is also the case with Waves. Even though we have learned about most of Waves’ fundamentals, but they are still not enough to make our decision.

Bitcoin price action will (most likely) decide the upward or downward trend of Waves price. That means Bitcoin price will be one of the most important factors in deciding Waves coin future price.

So, if you decide to invest in Waves coin, you need to pay attention to Bitcoin price action in the upcoming years.

This is where Waves shine. Waves official telegram group has over 19,000 members with active supporters who keep chatting with each other. They also have reddit page and twitter account, but apparently, most Waves supporters are not really interested in these two pages, as they are only active on Telegram.

But once again, gauging user interest based on Telegram activities is accurate enough, in my opinion. 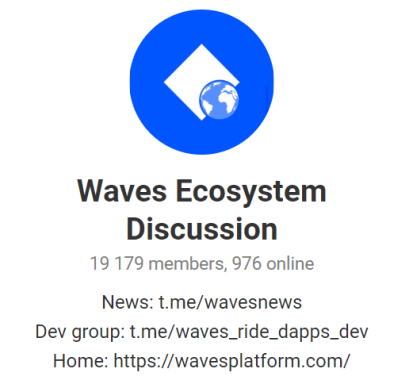 Waves is a decent project with big-name partnerships and decent core team members. The technology is also fundamentally decent. The thing is, they lack dApp developers in their ecosystem, and most users won’t really use the platform if they don’t see any interesting dApp built on top of Waves.

Overall, Waves coin remains a decent investment, but Waves team needs to think harder on how to attract developers into Waves ecosystem. 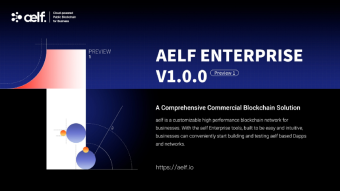 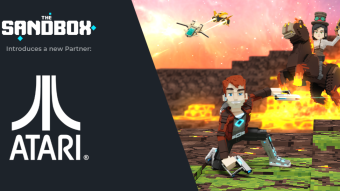