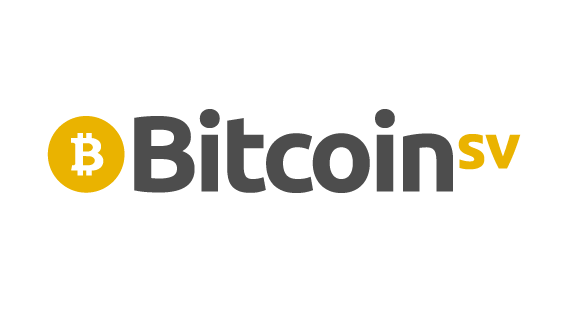 Is Bitcoin SV (BSV) a Good Investment? In-depth Analysis and Near to Longer-Term Expectations

Blockchain technology is truly revolutionary, there’s no question about that. It’s given birth to thousands of cryptocurrencies and brings new and innovative ideas to life.

It’s been declared “an important breakthrough” by China's President Xi Jinping and is increasingly being legitimized throughout the world.

Guess who we have to thank for this revolutionary technology?

All of the innovation we see surrounding blockchain is thanks to Bitcoin (BTC).

These attributes are part of what makes Bitcoin so special and are the reason Bitcoin is king today.

However, Bitcoin is far from perfect and suffers from some major issues in which other blockchains and cryptocurrencies are trying to solve. 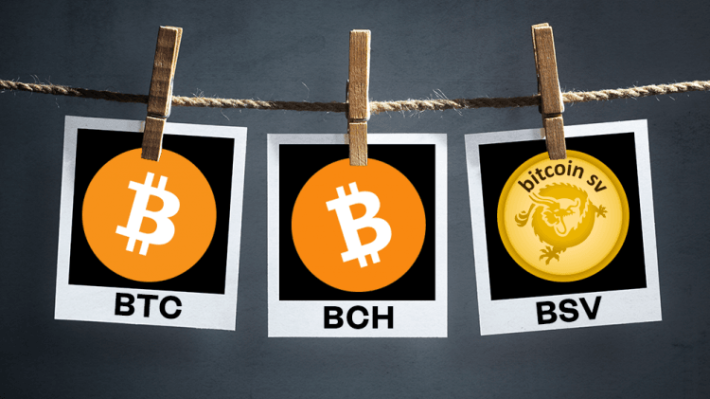 For instance, Bitcoin, as it stands today, does not scale. In fact, blockchain technologies, in general, do not yet scale. However, there are many smart minds, groups, and organizations developing and building solutions that enable blockchains to scale.

Many of these scalability ideas and solutions have been proposed for Bitcoin. However, Bitcoin is incredibly resistant to change and has undergone very few major developments since its inception.

The biggest development Bitcoin has undergone is the implementation of the Segregated Witness (SegWit) protocol upgrade in August 2017. Other than that, very little has been done to improve Bitcoin at the protocol level.

That being said, there has been a lot of controversy over how to develop and scale bitcoin.

Some people believe that Bitcoin has been hijacked by miners and entities like Blockstream.

These people believe that Bitcoin has remained slow, expensive, and inefficient to keep the miners more profitable and so that entities like Blockstream can develop and profit from second-layer scaling solutions like the Litecoin Network and Liquid side chains.

Whether this is true or not is up for debate, but many experts believe this is the case.

The Birth of Bitcoin Cash (BCH)

Moving on, since Bitcoin is resistant to change at the protocol level, a group of individuals including Bitcoin OG Roger Ver, hard forked the Bitcoin codebase which gave birth to Bitcoin Cash (BCH) on August 1, 2017.

Additionally, Ver and Bitcoin Cash developers have implemented multiple other protocol improvements and have many updates in its roadmap including the implementation of ZK-Snarks for privacy. 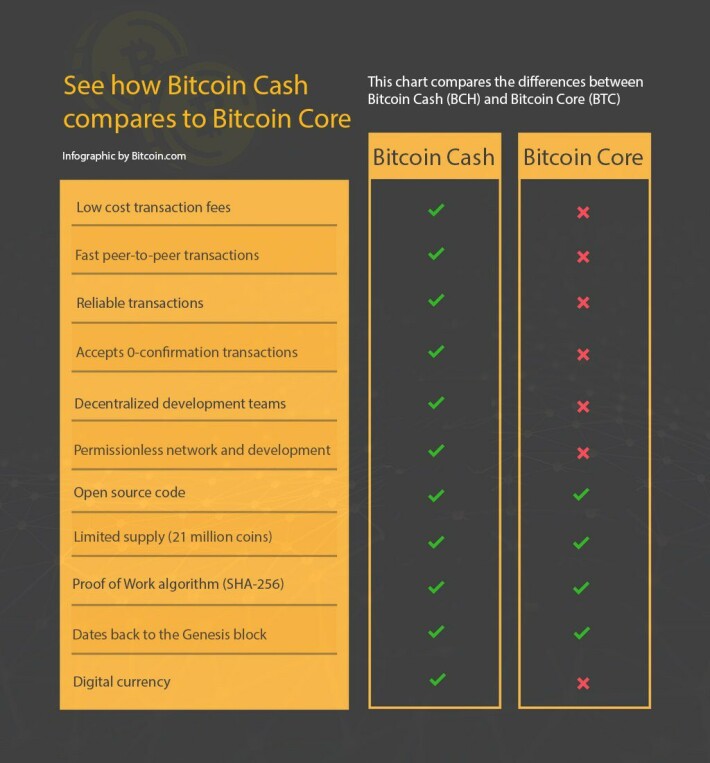 Meanwhile, Bitcoin pretty much stays the same and moves very slowly on a development front. There have been no significant improvements and Lightning and Liquid are far away from being viable scaling solutions.

The Birth of Bitcoin SV (BSV)

Less than a year after the birth of Bitcoin Cash, two factions in the Bitcoin Cash camp with the first being led by entrepreneur Roger Ver and Jihan Wu of Bitmain, and the second camp led by “Faketoshi” Craig Wright and billionaire Calvin Ayre, had a disagreeance on block size.

Now that we’re all caught up on the history of Bitcoin and the controversy it's encountered in regards to scaling and development, let’s delve more into Bitcoin SV (BSV) and determine whether or not it’s a good investment.

In the following article, we’ll look at Bitcoin SV’s price action, development progress, level of adoption, and the risks and challenges it faces.

By the time you’re done the reading, you’ll have a fundamental understanding of whether or not Bitcoin SV (BSV) is a good investment.

Bitcoin Satoshi’s Vision was created on November 15, 2018, as a result of the Bitcoin Cash hard fork. The hard fork was primarily led by Craig S Wright who is nChain’s Chief Scientist and is also renowned for claiming he was Satoshi Nakamoto, the founder of Bitcoin, without sufficient evidence.

Since its existence, Bitcoin SV has remained in the top 20 cryptocurrencies by market cap and is currently ranked number 9 at the time of writing.

According to BSV supporters, Bitcoin SV is the original Bitcoin. They claim it is restoring Satoshi’s vision for Bitcoin as a peer-to-peer electronic cash system.

“[Bitcoin Satoshi’s Vision] restores the original Bitcoin protocol, will keep it stable, and allow it to massively scale. Bitcoin SV will maintain the vision set out by Satoshi Nakamoto’s white paper in 2008: Bitcoin: A Peer-to-Peer Electronic Cash System.”

Since Bitcoin Core (BTC) does not easily implement upgrades at the protocol level and has thus far failed to scale and be used as a P2P electronic cash system, BSV is attempting to better than BTC in this way.

Bitcoin SV aims to become a global payment system that replaces all other payment systems by providing a better user experience, a cheaper merchant cost, and a safer level of security.

To fulfill Bitcoin SV’s vision, the project is focused on four fundamental pillars being: stability, scalability, security, and safe instant transactions (a.k.a 0-confirmation).

The Bitcoin SV project began by restoring the original Bitcoin protocol in which Satoshi launched Bitcoin in the very beginning.

By doing this, they re-enabled Satoshi op_codes which purportedly provide the methods needed for smart contracts, tokenization, and other advanced technical functions to be done on BSV.

Once restored, the team at BSV focused on making the BSV protocol stable and remain stable. Therefore, the BSV protocol is locked down and unable to change except for critical security fixes that may be required.

The next pillar BSV devs focused on was to improve scalability on the BSV blockchain so that it not only meets market needs today but also well into the future. They did this by enabling BSV miners to set excessive block sizes up to 128 MB.

They also implemented minor scaling solutions that increased the efficiency of transaction validation and data and metadata within BSV blocks. Also, they increased the performance when reading BSV’s UTXO set and implemented scaling improvements to the P2P network.

BSV devs have also been testing the BSV blockchain and making necessary optimizations to ensure nodes can mine big blocks and scale.

In regards to increasing BSV’s payment experience, the project has been working on both measurement and improvement of the safety of 0-conf transactions, fast transaction propagation, and miner-configurable fee policies.

According to the BSV website, all of the BSV developments I explained above have already been carried out through Q4 2018 to Q2 2019. As for future developments, the BSV roadmap has not been updated and does not extend past Q2 2019.

However, the BSV website states that it will soon undergo a hard fork called Genesis, which will purportedly be “the full restoration of Satoshi’s Bitcoin protocol bringing with it unbounded scaling and limitless economic potential.”

Now that we have an understanding of Bitcoin SV’s background, purpose and development, let’s take a look at BSV’s price action and determine if it can be considered a good investment.

The first thing to look for when making a long-term investment in any particular cryptocurrency is whether or not it's holding above a market structure and/or building a strong market structure.

When an asset breaks below and trades below its market structure, it’s a sign of weakness and shows little demand for the underlying asset.

When an asset breaks above market structure or never breaks it in the first place, that’s a sign of strength and resilience and shows demand for the underlying asset.

So, how does Bitcoin SV (BSV) fair in regards to price action and market structure? 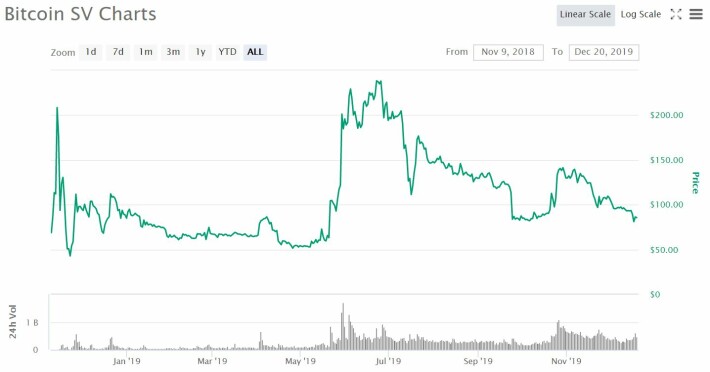 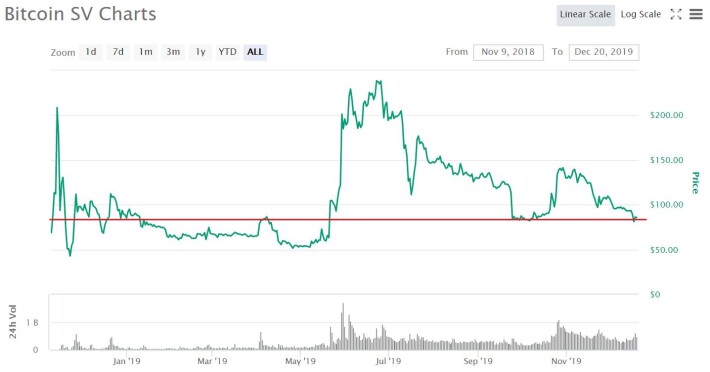 This $85 level as marked in red in the image above is a critical level to hold. If BSV manages to stay above this level, it shows signs of strength, confirms $85 as a level of good market structure, and could potentially move upwards.

If BSV breaks below this level, it will quickly fall to its lower market structure of around $65 and if it breaks below $65, there’s no saying how low BSV would go.

All in all, given that BSV is holding above $85, I would say that from a technical price analysis perspective, BSV may be a good investment.

In terms of adoption, Bitcoin SV has the lowest level of adoption among the three most popular Bitcoin implementations: BTC, BCH, BSV.

Both Bitcoin and Bitcoin Cash have larger market caps, are listed on more exchanges, have more wallets, more payment services, more hash power, and are accepted by more businesses.

Therefore, Bitcoin SV appears to be losing the “Bitcoin Battle” as it has the smallest amount of adoption on all fronts.

See below, the services supporting BSV:

Bitcoin SV is probably one of the most controversial and disliked cryptocurrencies in existence.

Since Bitcoin SV is extremely controversial and not widely supported, the project is suffering to thrive in an already crowded market. For instance, in the beginning of 2019, BSV suffered from mass delistings from cryptocurrency exchanges.

Binance was the first to delist BSV, then Kraken and numerous other exchanges. Now, BSV is only supported by 7 different crypto exchanges.

Moreover, Bitcoin SV is not supported by prominent figureheads in crypto. See some examples below:

#4 CobraBitcoin, Founder of Bitcointalk and Bitcoin.org

All in all, based on Bitcoin SV’s negative reputation and lack of support, I would not consider BSV a good investment.

We live in a world with thousands of cryptocurrencies to invest in. However, most of these coins are not worth investing in and unfortunately, Bitcoin SV (BSV) is one of these coins.

The thing is, we simply don’t need another fork of Bitcoin, let alone a fork of Bitcoin that’s led by someone who claims to be Satoshi and has zero evidence to prove it. Seriously, the claims that Craig Wright makes are really ridiculous and no one other than Calvin Ayre believes him.

Therefore, the reputation surrounding Bitcoin SV is really terrible and the project is highly unlikely to be any better than Bitcoin (BTC) or Bitcoin Cash (BCH).

What do you think about Bitcoin SV (BSV)? Do you agree that BSV is a terrible investment? 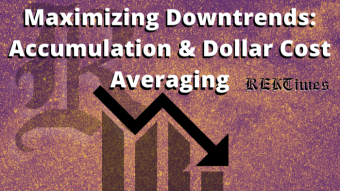 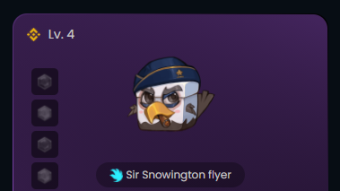 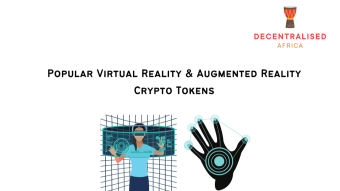