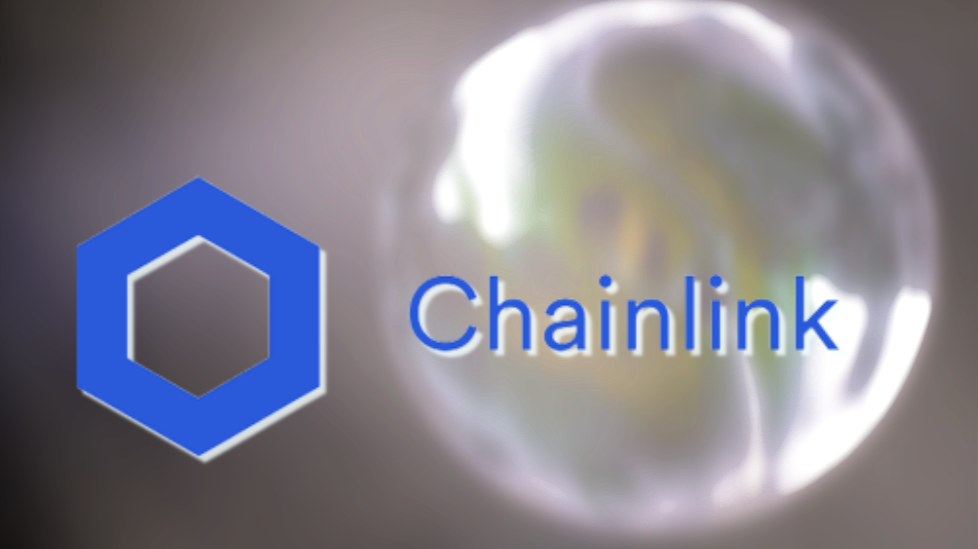 Time to cash out from Chainlink?

At the time of writing, Chainlink has been the best performing asset in the crypto market among the top 100 with largest marketcap. The surge in LINK value might have been caused by the recent news, where they present their new Trusted Computation Framework, which is supposed to boost blockchain adoption by corporations. 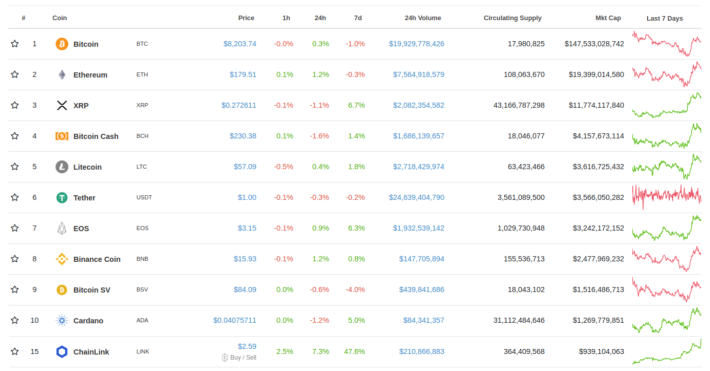 Be aware that I'm no technical analyst, but I want to share here some ideas about this recent movement in LINK's price. One thing I have noticed recently is that when we have sudden and sharp rises in prices of a crypto asset, we generally see a violent fall in prices subsequently. I will give some examples to base my claim: 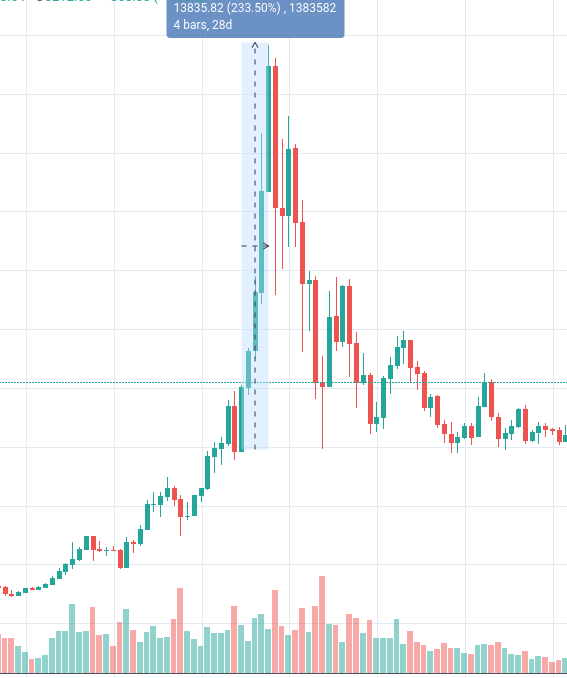 The example above on BTC/USD, we see that BTC price increased an astonishing 233.5% in a mere 28 days starting at 13 of November, 2017. That is massive, we don't see this type of appreciation in value in any other type of asset. Note, however, how the fall that comes next is almost symmetric to the previous rise. Note, also, that the price achieved in the rallying that happened until that 13 of November acted as a new support after the big crash of 2017. In short: the slow rise was solid and timely, the fast rise was based on excessive market euphoria, and therefore was lost. 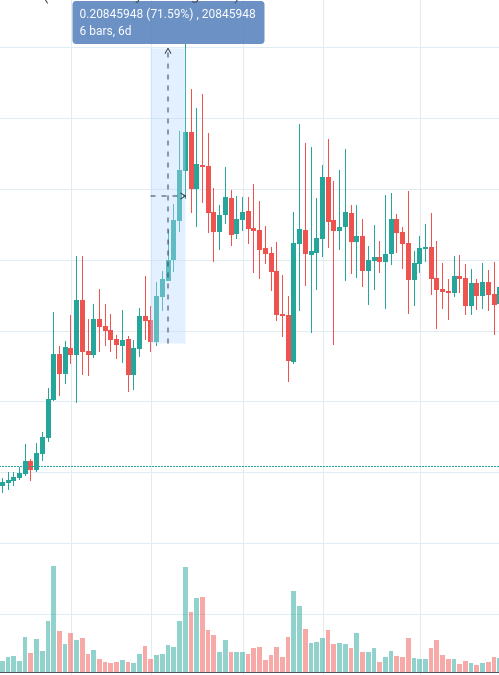 See the case of BAT above, starting from April 15 this year. A 71.6% rise in mere 6 days. Of course when we are holding an asset that's appreciating like that we might get overwhelmed by greed and want to profit 100% or even 1.000%, but if you can notice that the excitement is too much, you can expect that there will be a drop in prices, so it's better to reap your profits before it's too late. One can rebuy again after the crash. 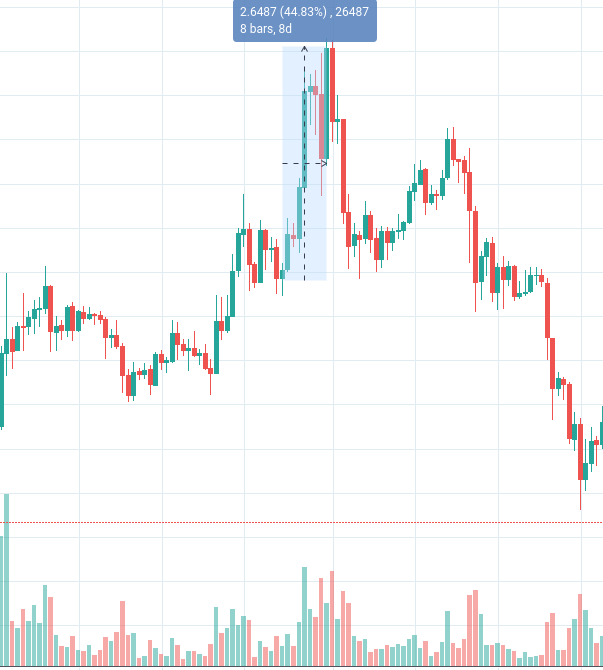 Another example: EOS, May 23th this year. A 44% rise in 8 days, followed by a hard crash from which it has not recovered to this day. Now let's look at LINK.

We are now at a 61.3% high compared to 11 days ago. That's a lot! Not yet at the all time high of the end of June, which by the way was in slow decline until the point before the recent surge, 11 days ago. This point, 11 days ago, is, by the way, the support that was achieved before the fast surge that culminated in the 30 of June peak (beginning of the yellow line in the picture). Maybe LINK still have steam to go up a bit more, but I think it will eventually drop -- it already passed the EOS craze above, and it's almost at the growth rate of BAT in the crash example above.

Now, this is not to say that I don't believe that Chainlink will grow further than the current value of $2.56 a token. It seems to be a solid project and probably can grow well beyond it's current 930 million dollars marketcap, considering partnerships such as Google and Swift. Still, selling before the fall and rebuying after it is the trade opportunity we all want. So, in conclusion: if you hold LINK at the moment, keep an eye at the market. It is possible that we are in a short-term bubble that might pop anytime soon.

Disclaimer: don't take this as financial advice. It's just the opinion of someone without much trading experience.