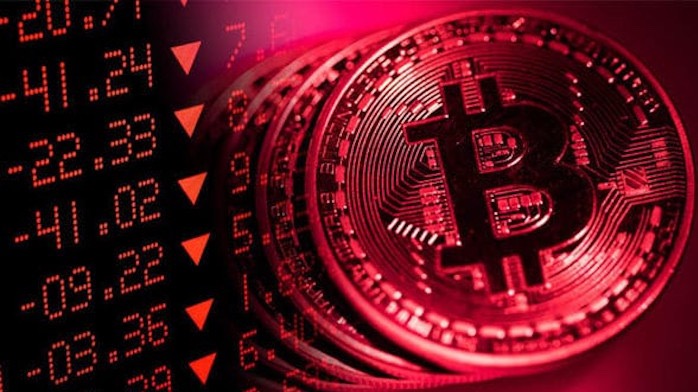 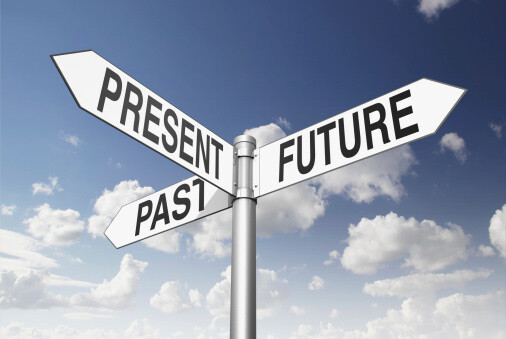 January 2022 closed as a red month and near its historical red average with a loss of about 16%. Bitcoin had 3 consecutive red months before the month of February finally brought some love to the market! Surprisingly, both February and March have been leading the Bitcoin bulls on a run!

What’s next for Bitcoin in the month of April? 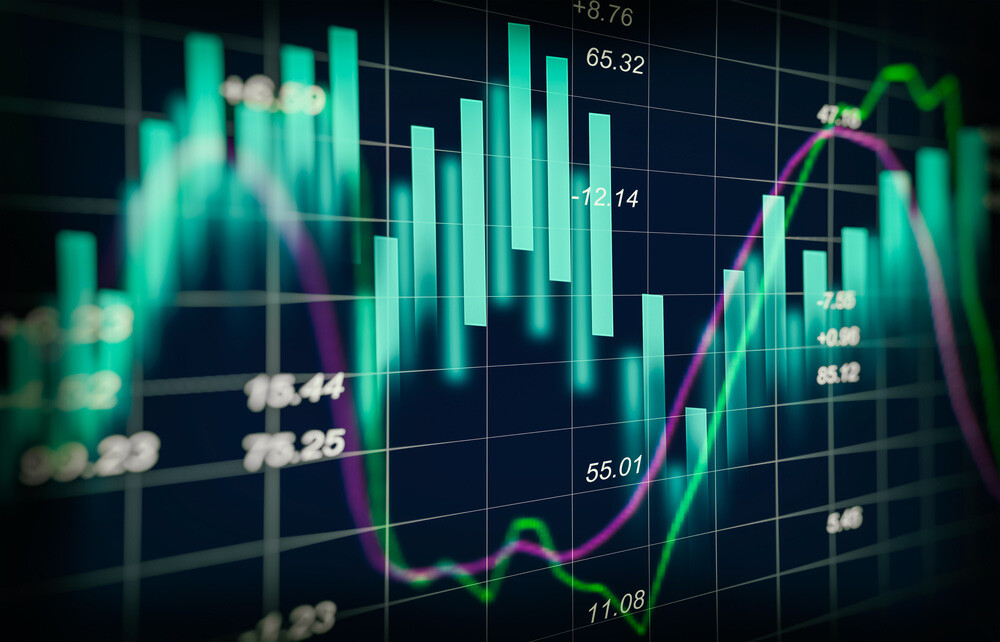 The month of April is considered to be one of the best months for stocks. Going back over the last three decades April has been the strongest performing month for the S&P 500. This could have something to do with tax returns and dividend pay outs… whatever the case there is usually a lot of money flowing around to investors.

What about the crypto market? Historically the month of April is one of the best months of the year for Bitcoin. Over the past decade seven of the last ten months closed as green candles, with Bitcoin seeing a monthly average increase of about 25%!

BUT… things could be different this time. Look no further than the month of March which is historically one of the worst months for Bitcoin and yet it closed as a green candle this year! And last year in 2021 the month of April closed as a red month near it’s historical monthly average of -2%. 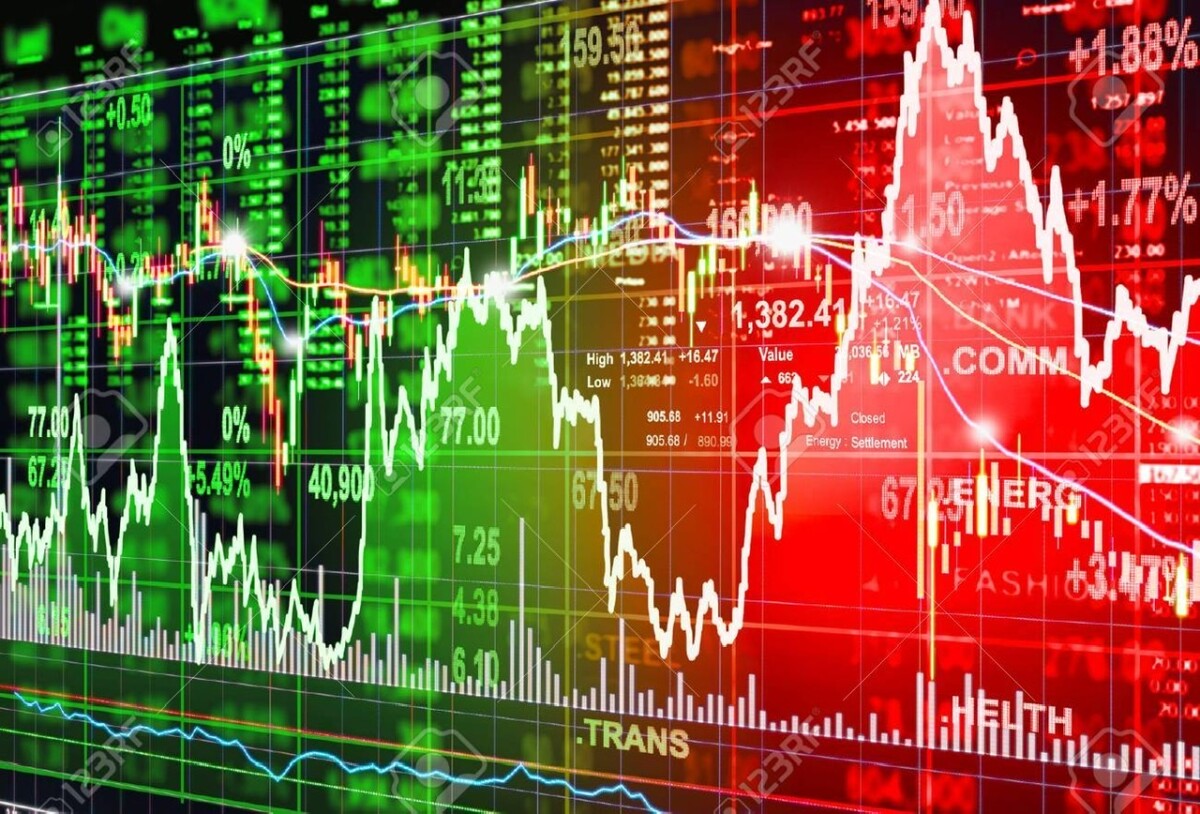 For 3 consecutive months Bitcoin has closed in the red. The last time this happened was in April 2021. Following those 3 red months, Bitcoin exploded over the next 4 months and ultimately made a new all time high in early November 2021. February closed green, March closed green… is history repeating itself? Will April and May close green and take Bitcoin to higher highs?

As always, investors and traders should be cautious this month (especially with certain world events happening). The months of April, May, November and December have historically been green months, but 2021 decided that they all would be red last year.

The Bitcoin Fear and Greed index has been bouncing between “Fear” and “Extreme Fear”… it is currently at “Extreme Fear.” 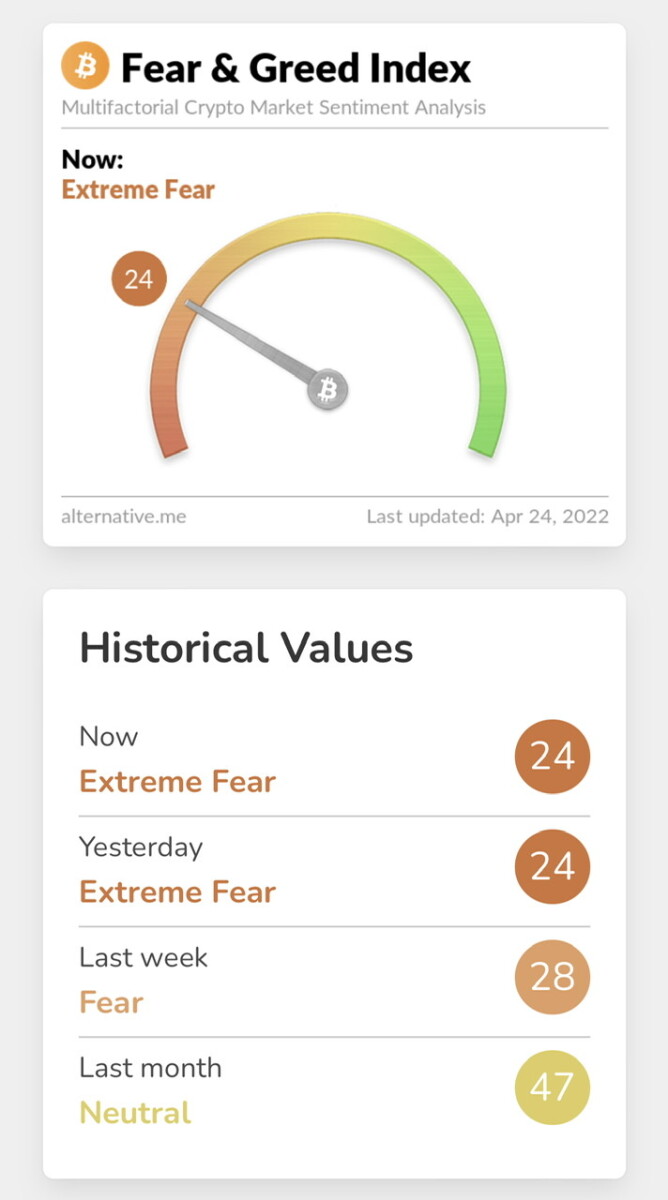 During the first few days of the month of April Bitcoin made a healthy retrace from $48,000 back down to the $44,600 resistance line it had been struggling to breakthrough and flipped it into support! At the time Bitcoin seemed to be following my rising trend line…

The first week of April closed and the Bitcoin bears are back for blood. I personally expected the bulls to take over that week and push towards $50,000. I was wrong. The week is now closing red and is the second red week after the bulls gained some excellent ground in the month of March. The bears broke down through the rising trend line I had drawn and has even now crashed through previous support lines as well, making a steep retrace below the $44,000 zone and all the way down to the $42,000 area! If this support is lost then we will likely see $40,000 and possibly even a retest of $38,000.

This is exactly what Bitcoin did during the third week of April. Bitcoin dropped from $42,000 and went as low as $39,000. It’s been a rather boring seven days for the king of cryptocurrency as there has been very low volume in the market for the holiday week. Bitcoin has been ranging between $39,000 to $41,500.

I expected Bitcoin to make some big moves during these last two weeks of April. I had predicted that Bitcoin would make a move to the upside and close the month in the green. While it did look like Bitcoin was headed that way last week Bitcoin hit a strong rejection at $43,000 and has now fallen back down below the $40,000 support. This psychological level at $40,000 has since been acting as resistance these last few days. Bitcoin closing the weekly candle below my rising trend line confirms that we are likely in a new pattern… most likely more sideways movement or perhaps even a breakdown further in the short term.

On the higher timeframes it appears that Bitcoin is bouncing in this consolidation zone between $30,000 and $60,000. Bitcoin could very well bounce from here and breakthrough the $40,000 zone and make its way back up towards $43,000 in the next few days.

I predict that April’s final week will be green but will close as a red month. The last time Bitcoin closed with four consecutive red weeks was in the month of June 2020. What about 5 weeks in a row? Not since September 2014! There is still the possibility that Bitcoin could go even lower down to $37,000 or even down to $34,000.

Big picture- I am still bullish on Bitcoin, I believe that in the bigger picture Bitcoin will continue to make higher highs in the upcoming months.

Anything can happen. Always expect the unexpected. Stick to your plan. Take profits. Set your stop losses. Don’t get greedy. 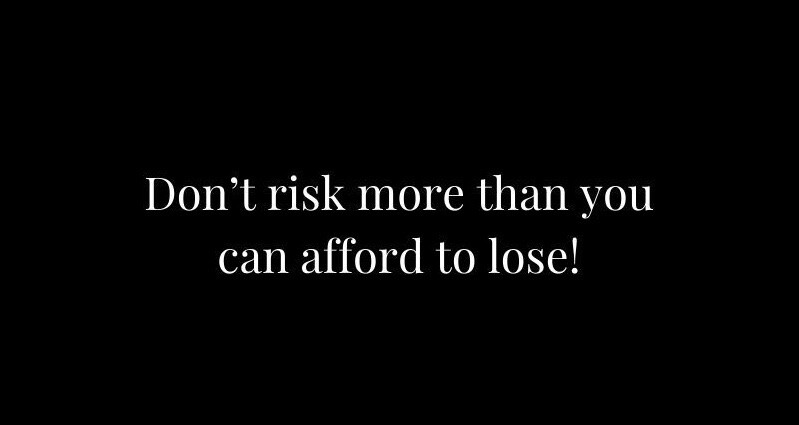 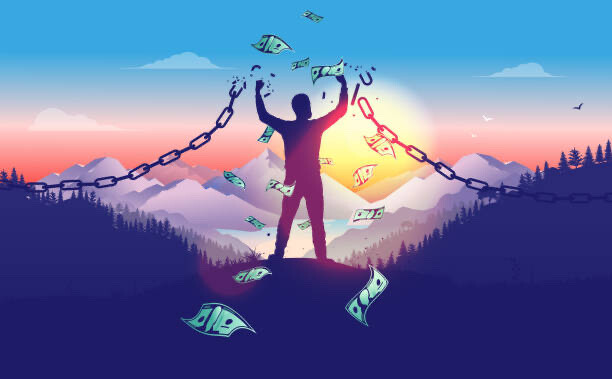