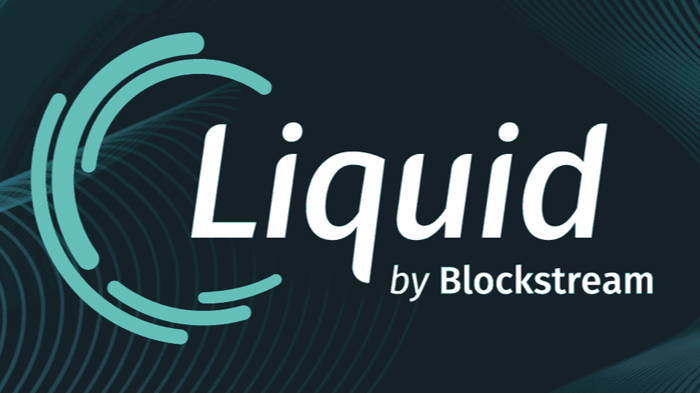 What is a Liquid Network?

What is a Liquid Network?

Liquid Network is a federal bitcoin sidechain that functions as a settlement and payment network for cryptocurrency exchanges, market makers, brokers, and other market participants.

The Liquid sidechain is based on Elements source code and uses Strong Federation technology .

How did the Liquid Network come about?

In June 2015, Blockstream announced the release of an open source code and test network for Sidechain Elements. The presented code was supposed to give developers the opportunity to experiment with the functionality of sidechains, at the initial level, allowing to create and transmit digital values.

At the end of 2015, Blockstream announced the creation of its first commercial Liquid application based on sidechain technology. Liquid launched in test mode.

In December 2016, the US Patent and Trademark Office (USTPO) published a Blockstream patent application related to sidechains.

In January 2017, Blockstream introduced a new white paper project, containing an updated consensus mechanism and a trust model, as well as a description of the mechanisms that ensure the return of funds sent to the parent chain in case of failure.

In May 2017, the first commercial application based on Sidestream technology from Blockstream was launched in beta mode.

In July 2018, Blockstream introduced Issued Assets (IA), a tool that allows users to create their own tokenized assets on the Liquid sidechain.

In October 2018, Liquid was officially released.

In November 2018 Blockstream implemented a public launch of the browser blocks blockstream.info sidechain for Liquid and Bitcoin network. The tool allows you to track bitcoin addresses to which transactions are linked in the sidechain. In addition, Blockstream introduced a client to launch a full node on the Liquid network.

Why do I need a Liquid Network?

Existing blockchains have not yet solved the problem of scaling.

Theoretically, the easiest way to solve it is to increase the block size, so you can include additional transactions in the block and reduce the size of the commission. This approach requires additional hardware resources to manage full network nodes, therefore eliminating limited nodes to the detriment of decentralization. This path went Bitcoin Cash .

This mechanism leads to a doubling (in the case of two sections) of the transaction volume, since the ability of the nodes to process them simultaneously is limited. By dividing the blockchain into sections, one can progressively increase the number of supported operations. Each section or part of the blockchain (shard) is able to independently process transactions. The implementation of this model is fraught with significant difficulties, and the division of the classic blockchain into hundreds of parts jeopardizes consensus mechanisms.

Another possible solution is the Lightning Network , a micropayment technology that works off-chain and partially independently of the Bitcoin blockchain. It offers virtually “unlimited” scalability, since miners no longer need to confirm all transactions. However, the characteristics and integrity blokcheyna Bitcoins within the framework of such a model is partially lost, although it is more acceptable compromise for smaller operations.

How does the Liquid Network work?

Sidechain Liquid Network is a separate private blockchain with two-way binding to the parent blockchain.

For money transfers, the so-called fictitious tokens (L-BTC) are used. They are tied to bitcoin in a 1: 1 ratio.

The user of the parent blockchain must first send the coins to the outgoing address, where they are “locked” by the participants of the so-called federation, which is designed to exclude the possibility of spending them elsewhere.

A federation is a group of operators that acts as an intermediate point between the main chain and one of its sidechains. It guarantees the interoperability of the system, as well as the ability to switch from the main blockchain to the sidechain at any time .

The Federation also guarantees that each convertible bitcoin in the sidechain corresponds to an equivalent bitcoin frozen in a swap wallet that acts as a bridge. They can only be unlocked if the payment is authenticated by a sufficient number of key holders.

For added security, this happens after a period of waiting. After that, the equivalent amount of coins is transferred to the sidechain, and the user has the opportunity to spend them. When sending coins from the sidechain to the main blockchain, the reverse process occurs.

Operations performed on the secondary blockchain are not recorded on the main blockchain, so commissions can be much less or zero.

What are confidential transactions?

Confidential Transactions technology (“confidential transactions") allows you to make the transferred amount visible only to direct participants in the transaction or to a third party designated by them.

CT makes it possible to send private memo data (for example, addresses for refinancing) without increasing the size of the transaction by redeclaring most of the upper cryptographic protection.

CTs are based on the concept of “Pedersen Commitment Scheme” - giving the user the ability to keep some data confidential, but make them mandatory (unchanged) in the future.

What are Issued Assets?

Issued Assets is a tool that allows users to create their own tokenized assets in the Liquid sidechain.

These properties can be used to create digital collectible items and bonus points in the Liquid sidechain, as well as to conduct tokensales.

They make it possible to use atomic swaps to trade one asset against another without the participation of a trusted third party. Since Issued Assets and Bitcoin can be both the input and output of a Liquid transaction, the exchange of Bitcoin for an asset or vice versa can be carried out as part of a single transaction.

How does Bitcoin (BTC) become L-BTC and vice versa?

The Liquid user can send bitcoins to the address controlled by Liquid Federation: as soon as the transaction of the main chain receives 102 confirmations, the user is issued a loan in L-BTC.

A high threshold level of confirmations is necessary as a guarantee that the network will remain solvent in case of reorganization of the parent blockchain .

Liquid members save a portion of their funds in L-BTC in an amount that depends on user demand, and can change the balance as necessary. If the user wants to transfer L-BTC back to BTC, he can carry out a transaction in which bitcoins are “detached” from L-BTC, and members are notified of the need to pay to the main circuit address. A similar option is available only to members of the Liquid network.

What structures are members of the Liquid Federation?

The Liquid Network Federation consists of a group of exchanges, trading floors and other financial institutions. An updated list of official members is available here .

Blockstream does not control the network and acts only as a technology provider to network members. Liquid can continue to work even if Blockstream ceases to exist or network members refuse to support the company.

What features does Liquid provide to end users and traders?

Thanks to Liquid, users and federation members are able to send bitcoins between participating exchanges on the network that can send L-BTC on their behalf. End users can also withdraw L-BTC from exchanges to wallets that support Liquid (for example, Green ), or withdraw from a particular exchange directly to their deposit addresses on another exchange that is a Liquid member.

Exchanges can maintain L-BTC balance by quickly converting funds from user deposits to bitcoins . Exchanges with L-BTC deposits can receive deposits and credit their customers' accounts in minutes.

How do traders reduce custodial risk with Liquid?

Often, traders need to place funds on the exchange for a long time, so as not to miss the favorable trading opportunities. Liquid allows traders to transfer L-BTC to their own wallets, while maintaining the ability to withdraw these funds back to the exchange within a few minutes.

Traders are able to use a multi-signature trust model to store their assets, rather than relying on a single exchange.

Who can manage the full Liquid node?

Anyone who wants. You can download the node software here .

What happens to federated-held bitcoin if Liquid ceases to function?

There are keys for emergencies through which you can access the bitcoin that the network stores. Such keys are intended exclusively for situations when the network has not been functioning for a long time, and allow you to return the bitcoins stored by the Liquid network to the last owner on the Liquid blockchain.

Issued Assets can be moved to other platforms or new blockchains compatible with Liquid, depending on the preferences of the issuer of the asset.

How is the Liquid Network developing?

In March 2020, Long Hash researchers discovered that Liquid was using more bitcoins than the Lightning Network.

In the same month, the Blockstream team announced a reduction in transaction fees to 0.1 Satoshi per byte and an extension of the range of evidence for confidential transactions.

What are the benefits of Liquid Network?

The main advantage of the sidechain is a greater number of transactions per second and a shorter transaction confirmation time.

What are the disadvantages of the Liquid Network sidechain?