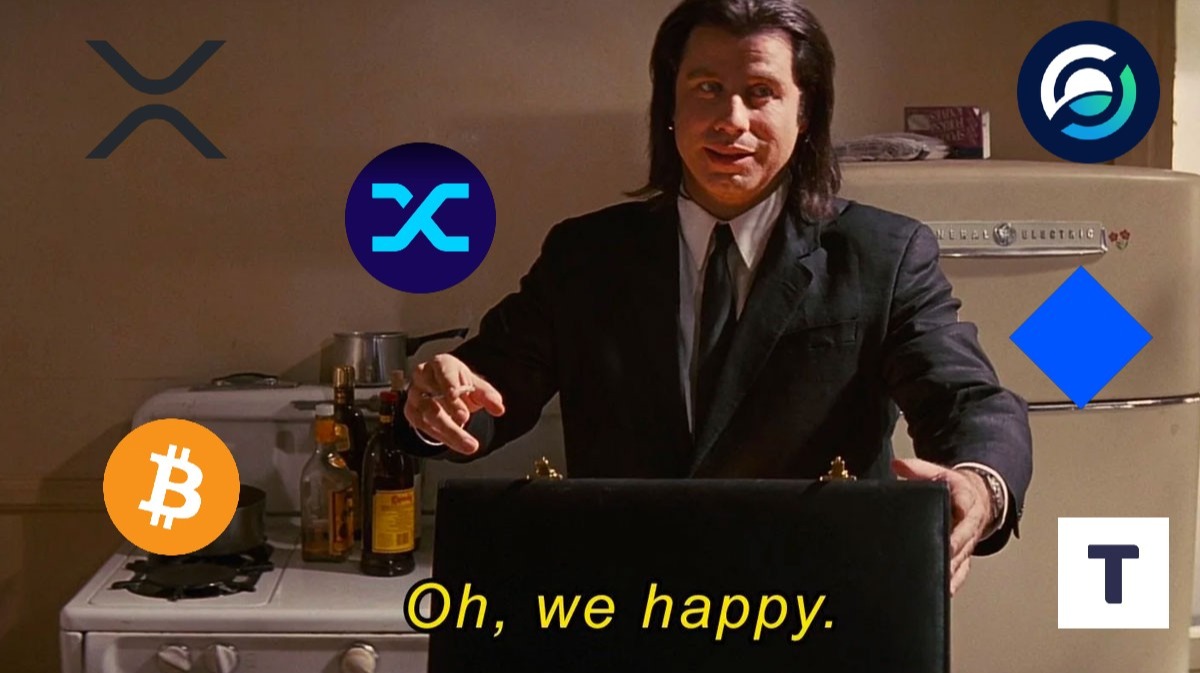 Bitcoin (BTC) has broken out from descending parallel channels.

XRP (XRP) is trading above the $1.05 horizontal support area.

Horizen (ZEN) is trying to break out above the $108 resistance area.

Synthetix (SNX) has broken out from an ascending triangle.

Waves (WAVES) has moved above the $26.80 resistance area.

Travala.com (AVA) has broken out from a descending resistance line.

BTC has been moving upwards since Sept 14. On Sept 15, it managed to break out from a descending parallel channel and accelerated.

The upward move is supported by both the RSI and MACD, which are increasing. The former has even crossed above 50.

BTC is approaching the 0.618 Fib retracement resistance level at $49,050. However, due to a confluence of Fib levels, it’s possible that it could increase all the way to $50,750. 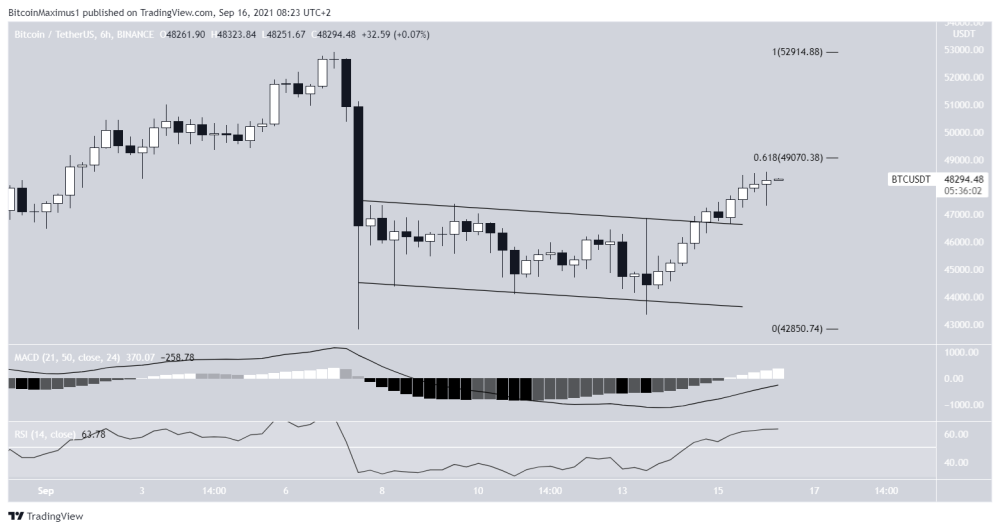 On Aug 13, XRP broke out from the $1.05 horizontal resistance area. It proceeded to reach a high of $1.41 on Sept 6 before dropping sharply the next day.

Following this, it validated the $1.05 area as support.

However, even though XRP is trading above the $1.05 support area, indicators are bearish. The MACD and RSI are both decreasing. 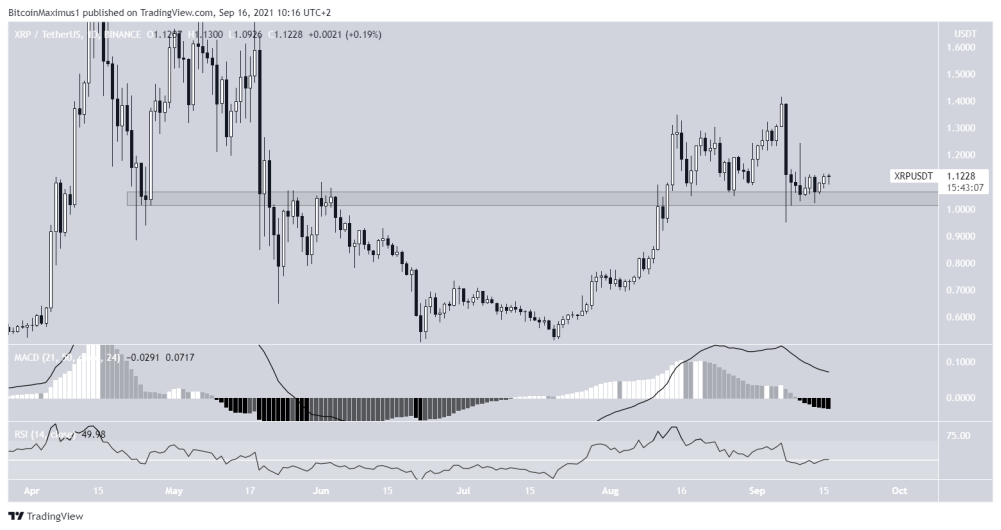 ZEN has been increasing above an ascending support line since July 16. On Sept 6, it was rejected by the $108 horizontal resistance area and returned to validate the support line once again.

However, ZEN rebounded and made another breakout attempt on Sept 15.

Despite the strong bounce, ZEN failed to break out. In addition, both the RSI and MACD have created bearish divergences.

Therefore, at the current time, we cannot determine if ZEN will be able to move above this resistance. 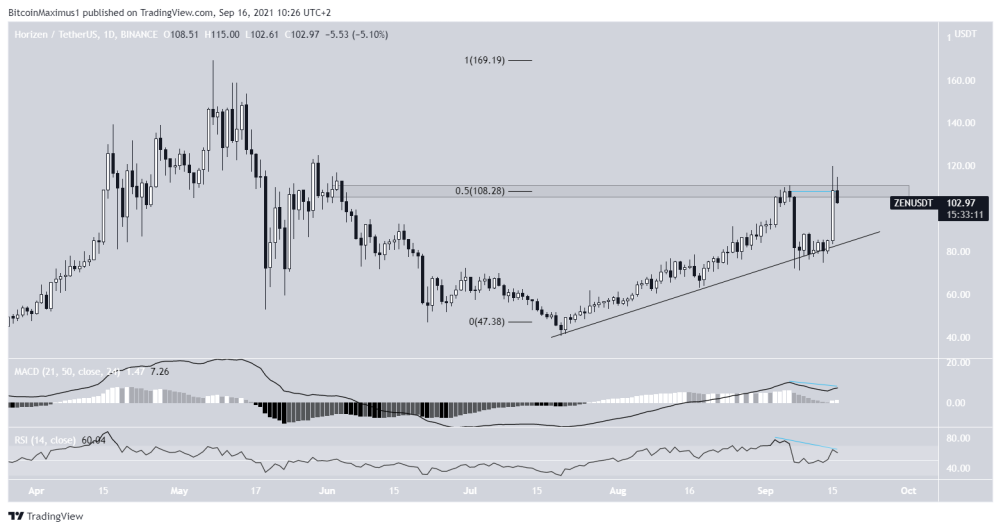 SNX began trading inside an ascending triangle on May 21. After several unsuccessful attempts, it managed to break out on Sept 15.

The breakout is supported by the increasing MACD and RSI values.

The closest resistance area is found at $23.80. 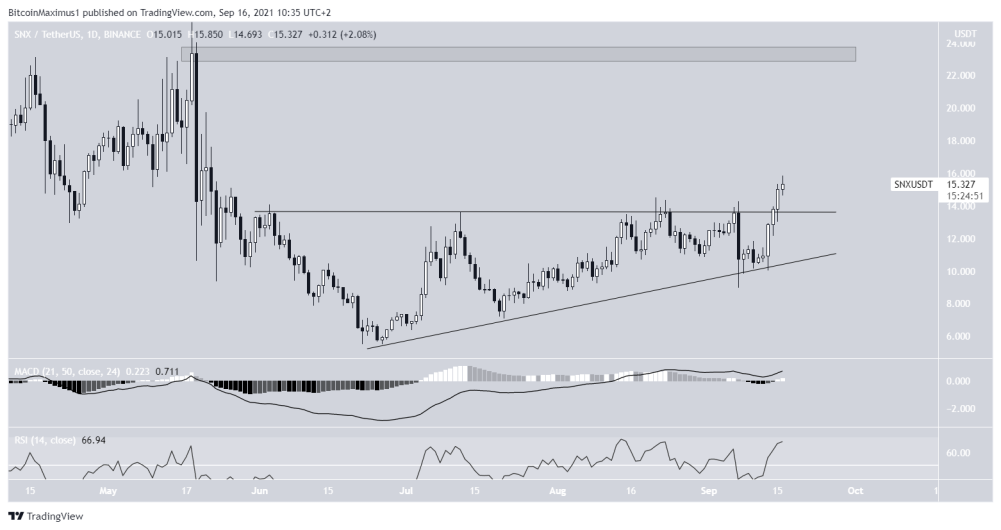 WAVES has been increasing above an ascending support line since July 20.

After this, it returned to validate the area as support, also touching the ascending support and Supertrend lines (green icon). It has been moving upwards since.

The closest resistance area is at the all-time high level near $38. 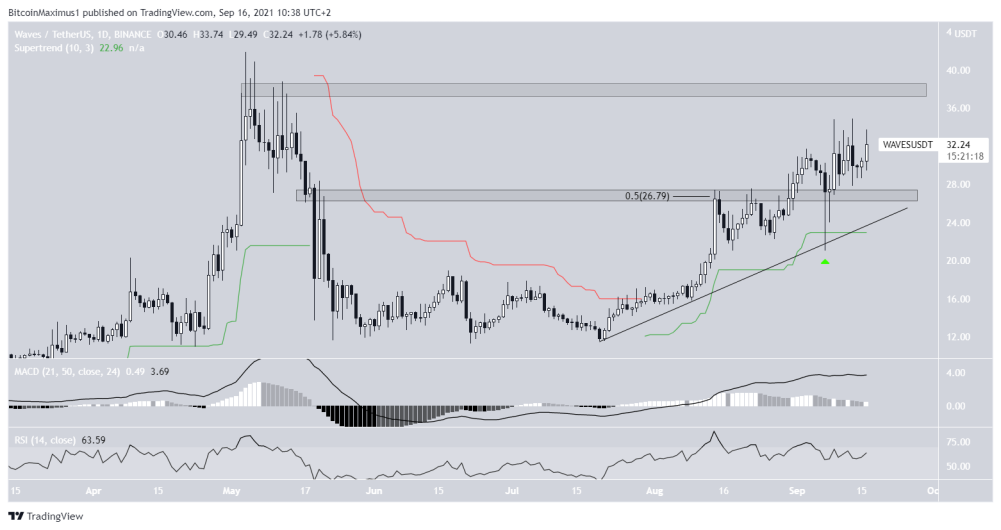 On Aug 14, AVA broke out from a descending resistance line that had been in place since April and reached a high of $5.40 on Sept 6.

However, it was rejected by the $5.40 resistance area and fell.

It then found support at $3.50, creating two lower wicks. In addition to this, the RSI has generated a hidden bullish divergence, which is a common sign of trend continuation.

Therefore, AVA could be on its way to revisit the $5.40 resistance area. 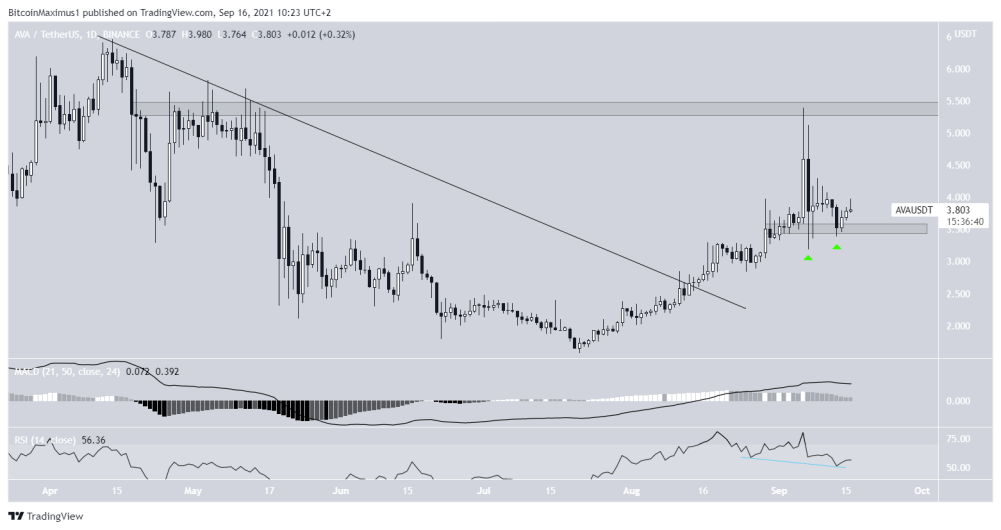