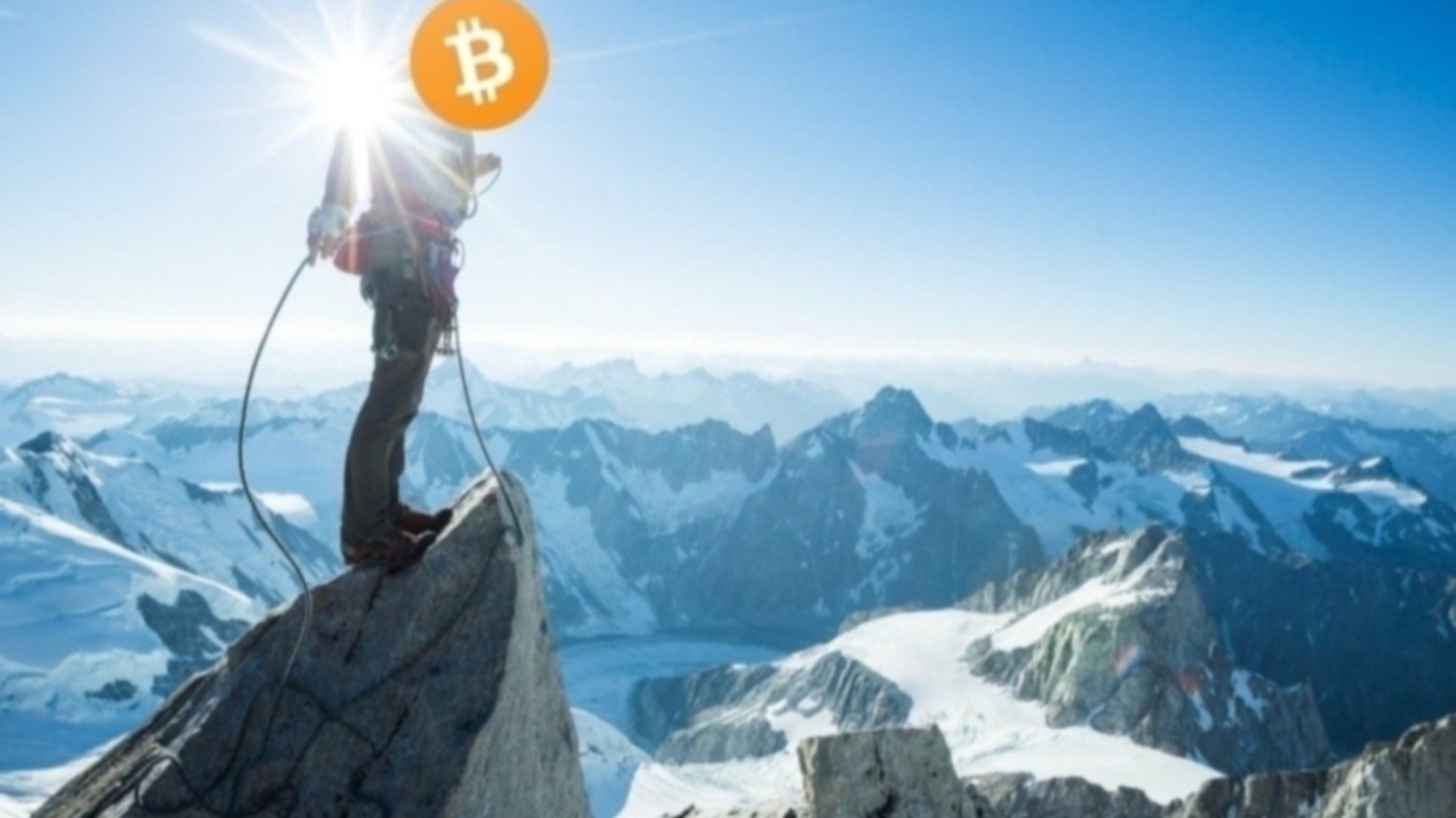 While BTC is still following an ascending support line, it’s possible that it has reached a local top.

BTC has been moving upwards since July 20, and on Aug 23, it reached a high of $50,500. However, it created a long upper wick and completed an evening star pattern the next day.

Furthermore, the drop was preceded by bearish divergences in both the RSI and MACD. The latter is even showing signs of a bearish reversal. 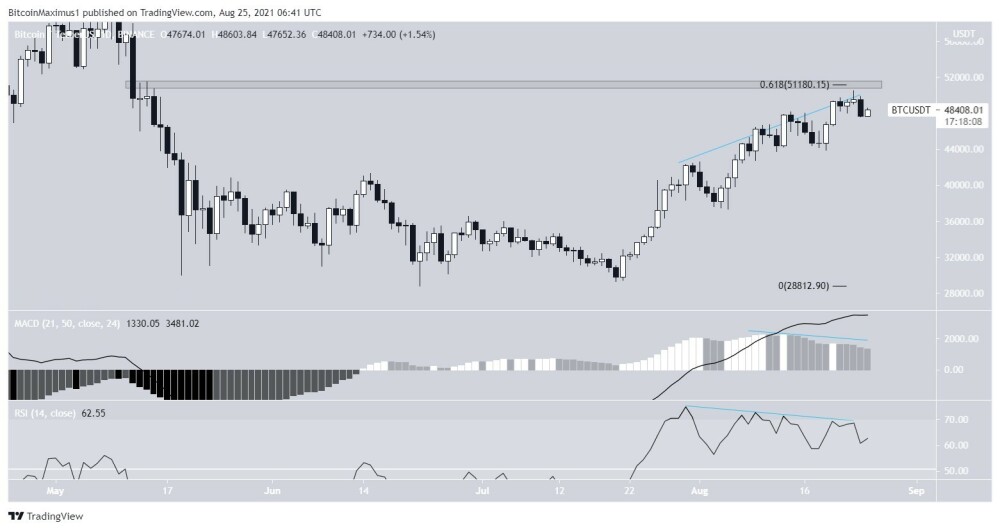 The six-hour chart shows similar divergences in place in the MACD and RSI.

In addition to this, we can see an ascending support line that has been in place since the aforementioned July 20 low. BTC is currently trading just above this line.

A breakdown from it could result in a sharp fall toward the next closest support level at $42,371. This level is both a horizontal support area and the 0.382 Fib retracement support level. 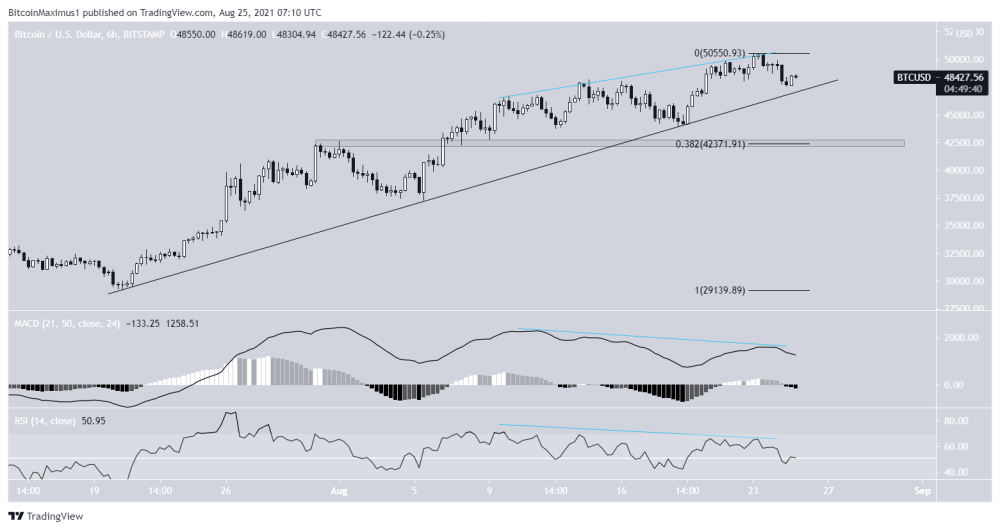 Currently, the wave count is not entirely clear. However, there are two likely possibilities, One is that BTC has completed wave three. In the other scenario, BTC has already completed an A-B-C corrective structure.

If wave three (orange) has been completed, the most likely scenario would be a sharp short-term fall. This is due to the concept of alternation since wave two was gradual and drawn out.

On the other hand, a completed A-B-C correction would lead to a similar short-term decrease but also a longer-term fall toward new lows.

Therefore. both possibilities have BTC decreasing in the short term.