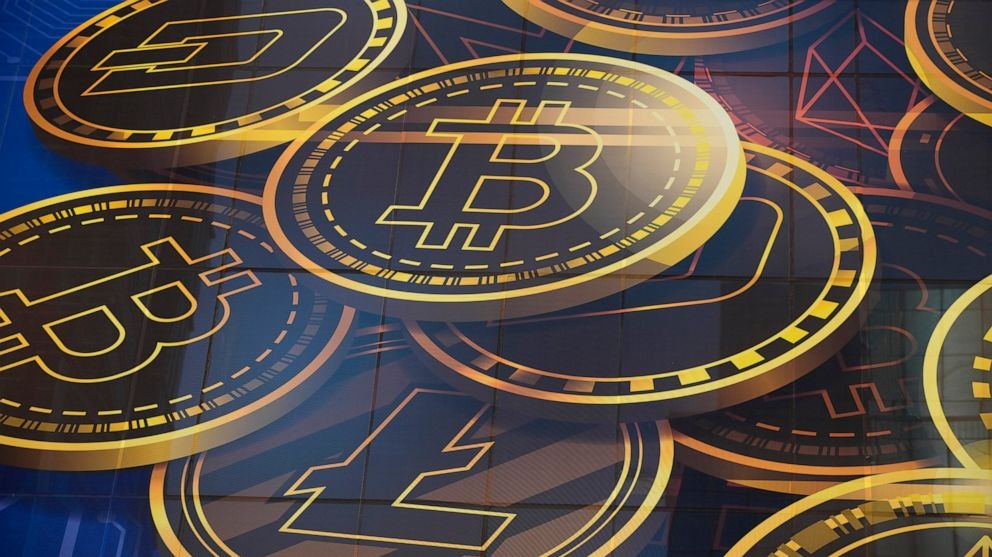 According to the European Central Bank's (ECB) current assessment of the market, the crypto industry's growing linkages to banks and investment managers represent a danger to financial stability.

These markets are rapidly expanding and potentially pose a danger to global financial sustainability because of their size, structural weaknesses, and increasing interdependence on the conventional financial system. The Financial Stability Board (FSB) has revised its assessment of crypto-asset threats to economic health.

In the paper, crypto-asset markets are described as vulnerable. Cryptocurrency asset markets and the regulated financial system are increasingly intertwined; stablecoins are more prone to adverse and destructive runs on their reserves, which could spill over into the short-term capital market; the use of leverage in investment strategies; the intensity of trading systems; and regulatory opacity and lack of oversight.

They are becoming more eager to engage in crypto-asset operations and acquire crypto-asset exposure from systemically significant banks. The use of increasingly complicated investing methods, such as derivatives and other leveraged instruments referencing crypto assets, has also expanded.

Bitcoin and other cryptocurrencies are being accepted by major payment processors, such as Mastercard and Visa, who have opened their networks to digital assets. Concerns about the financial system are increasingly intertwined with the unpredictable realm of crypto are expressed by the regulators.

Threats Linked To The Cryptocurrencies

When it comes to cryptocurrencies there are a number of issues, including fraud, money laundering, and the ongoing competition in the market that is still determining winners and losers.

One further thing to be concerned about is system intruders who use your company's processing capacity to mine virtual currency. Driving by hacking and "crypto-jacking" are some of the terms being used to describe this kind of attack. As a consequence, businesses may be left with data systems that are sluggish, unresponsive, or even destroyed.

New trading platforms are cropping up to gain the confidence of individuals contemplating investing in bitcoin since it is still in its infancy. However, not all of these sources can be relied on.

A good example is the multi-level marketing fraud known as One Coin. The primary danger associated with cryptocurrencies isn't a hack or data breach. Scammers may be there in front of your eyes, and you may not even know it.

A one-way street it is in the new hacker environment. Short amounts of code and JavaScript are being snuck into corporate and other Websites by crypto-miners to make up for their lack of strength. Through various hacking tactics, the malware is used to link a hijacked machine straight to a central mining service that uses the hijacked GPU to mine coins for a profit. The software runs in the browser and begins mining cryptocurrency as soon as a user enters the site.

Cryptocurrency mining companies need a lot of power, which many perceive as an issue. Coal-fired power stations are responsible for a major percentage of the CO2 emissions from these crypto activities.

This transaction verification technique isn't used by all cryptocurrencies, but.. Servers utilize consensus polling to determine the true transaction history of a currency in a "Proof of Stake" system. The Proof of Work methodology used by a currency like Bitcoin consumes significantly more energy than this method.

Malware that enables unauthorized users to mine cryptocurrency on someone else's computer or server is known as crypto-malware. Hackers use one of two techniques to take over a computer: Pranksters use phishing-like methods to get victims to install malware on their computers. Cybercriminals insert malicious code into websites or advertising. Activation of the code allows hacker access once the victim interacts with it.

As a novel idea, Bitcoin or other cryptos might have a detrimental influence on investors. The sheer nature of cryptocurrencies, crypto exchanges, and blockchain technology makes them all difficult. Inexperienced or even seasoned investors may have a hard time understanding it.

Despite the fact that no investor should ever part with money they aren't willing to lose, the social engineering and disinformation risks associated with cryptocurrencies are especially high. Like the analog economy, the naive might fall victim to cyber ransom, price manipulation, scam and other investment dangers. A fake initial coin offering website has been set up by the SEC to caution cryptocurrency investors to the dangers of "shiny object" scams.

Only the ether of the internet is used for cryptography. Cryptocurrency, in contrast to conventional assets such as bank deposits, is often less secure, making it a riskier bet for investors.

Consensus polling and mining are market-driven methods used to create the blockchains of cryptocurrencies. In this way, counterfeiting and centralized control may be prevented.

The fact that miners are able to migrate to any part of the globe renders them essentially impervious to state oversight. Miners don't care about where they are as long as they have access to the electricity and gear they need.

In most cases, authorities have failed in their attempts to outlaw cryptocurrencies inside their own borders. In reality, it's almost impossible in today's international internet system.

Crypto Regulations On The Way

Everyone agrees that the crypto business should be regulated in some way. There have been hundreds of enforcement proceedings initiated by the SEC in the last several years relating to crypto. The Commodity Futures Trading Commission has also weighed in.

Any new rules should be thoroughly vetted. Unprecedented challenges await those who enter the new industry. It's rapidly changing, with a slew of variants and nuances to take into account.

Money laundering and other criminal activities can't be furthered by the use of destabilizing financial markets like those found in the stock market or derivatives markets. But they shouldn't hinder economic progress or restrict people's rights or liberties in an excessive manner.

In spite of the fact that opponents point out that some of the laws were developed in the 1930s, Gary Gensler, head of the Securities and Exchange Commission (SEC), claims that current financial regulations are robust and appropriate enough to manage cryptocurrencies.

Furthermore, SEC Commissioner Hester Peirce has indicated that legislation should be adjusted as necessary to account for the particular manner in which crypto functions. At the recent MIT Fintech Conference, Peirce was one of many presenters discussing the current state of bitcoin regulation.

Various sorts of digital assets have been the subject of much misunderstanding. It's difficult to categorize a token as either a utility or a security since each one serves a different purpose and has a distinct financial structure. For example, security tokens must adhere to security rules, but utility tokens don't. This has important consequences.

Cryptocurrency has the support of senators. At the time of the most recent financial declaration, Lummis had more than $100,000 in Bitcoin in her possession.

A clearer picture of the European Union's approach to bitcoin legislation is emerging. There are now a wide range of crypto regulations in place across the world. As "obliged organizations" under 5AMLD, cryptocurrency exchanges and wallet providers are subject to the same regulations as traditional financial institutions. Customer due diligence, anti-money laundering (AML), real-time transaction monitoring, and suspicious activity reports are all part of the process.

The new laws seek to offer legal clarity, foster innovation, protect consumers and investors, and provide financial stability designed to encourage the innovation and usage of these technologies.

Regulations are in place to ensure that transactions are open, transparent, disclosed, authorized, and monitored. MEPs want the European Securities and Markets Authority and the European Banking Authority to oversee the issuance of certain of the tokens. Those that deal in crypto-assets will have to do a better job of informing their customers about the associated dangers, expenses, and fees.

Regulation of public offerings of crypto-assets will maintain financial stability while additional steps will be taken to combat market manipulation, money laundering, terrorist funding, and other illicit acts. It was the European Union that was the first to put up properly regulated and controlled. That will benefit everyone in the market," he said.

MEPs have asked the European Commission to create new guidelines to include any crypto-asset mining operations that contribute significantly to climate change in the categorization system for sustainable activities. In order for the measure to become law, MEPs and EU governments must come to an agreement on the bill's final form.

There have been attempts at national regulation of cryptocurrency providers in certain Western European nations even though the EU has just recently recommended legislation. Virtual currency service providers in countries like the Netherlands and Belgium, for example, have been forced to register under EU anti-money laundering legislation. "These virtual currency service providers have practically hidden licensing requirements," Van den Broeke remarked.