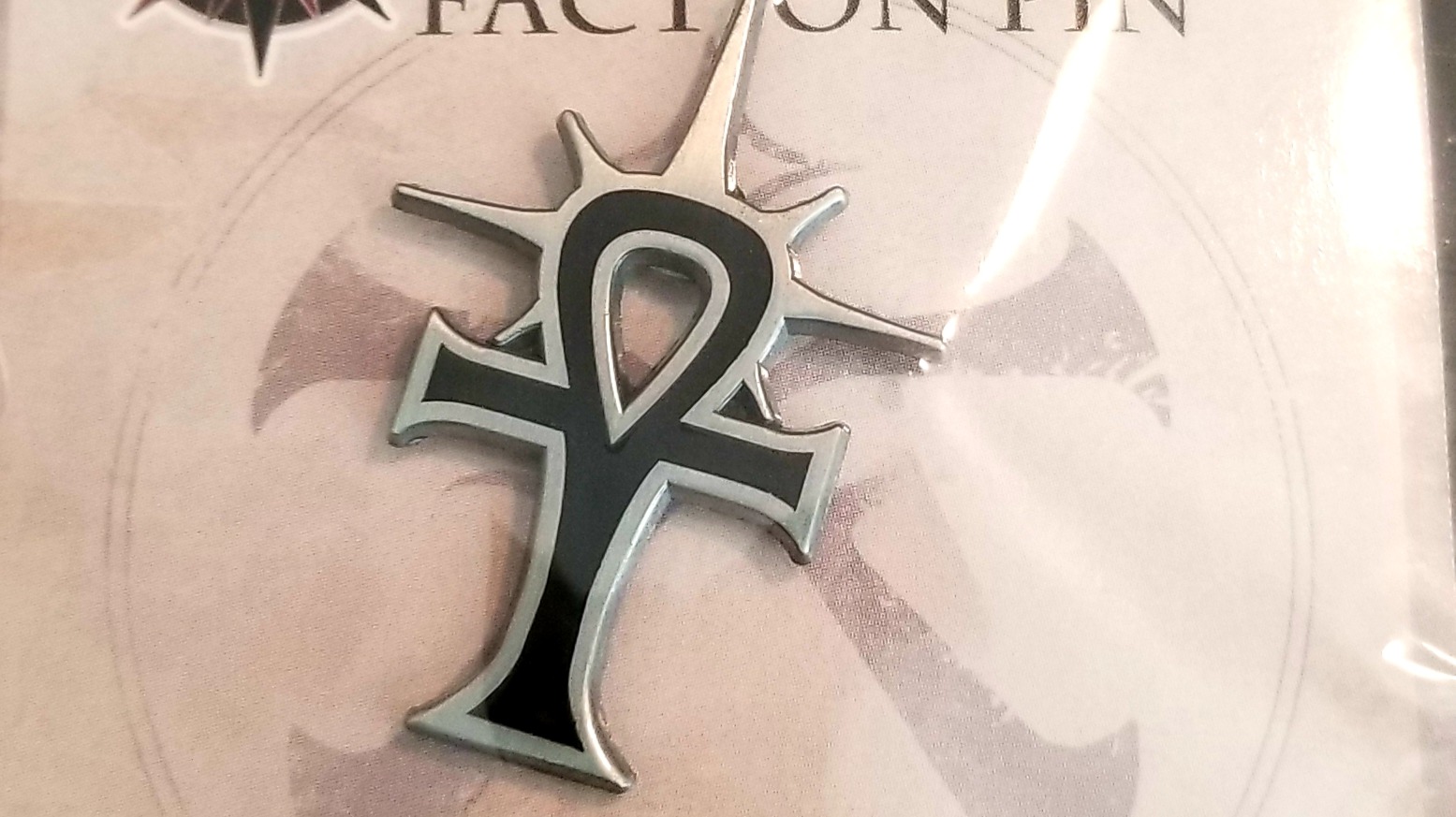 Last week, I snagged my first physical Pathfinder order from Paizo.com in years: the Silver Crusade faction pin, to be used in some upcoming Pathfinder Society 1st edition games at local game stores.

I received the pin late last week and all seemed well, until the stores started closing their game rooms, canceling the events. No real surprise, but I had the extra time outside of work available to me so it was a good opportunity to scratch the itch Con of the North left me. 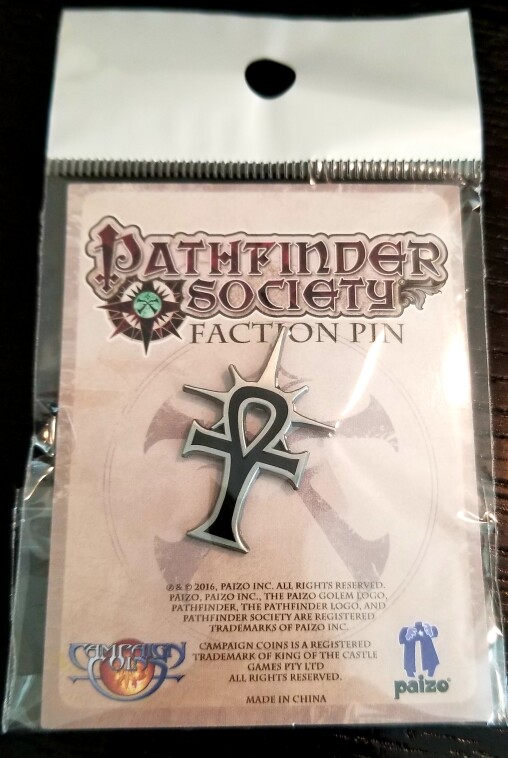 The good news is that the MNPOP community is already mustering on a new Discord server, prepping for Virtual Tabletop (VTT) games in the wake of quarantines. I'll see if I can at least get in on one of them. The pin will just have to wait for it's physical, in-person debut another time.

Speaking of the pin, in terms of quality Campaign Coins really knocked it out of the pool with this one. I've had it sitting on my desk here and occasionally fiddle with it if I'm on a call, and its quite sturdy metal. The one odd part aspect of it was the choice paining the inner portion black. The Silver Crusade emblem that's used in Pathfinder has always been shown silver with blue accents. Perhaps in test runs it didn't pop enough for them. In any case, I'd happily pick up future faction pins if made available. For instance if I took up Starfinder Society, the Dataphiles faction interests me the most. I am more than likely going to play Pathfinder Society 2nd Edition however. Unfortunately like other 1st edition factions, the Silver Crusade did not carry over to 2nd. Lore wise I have found nothing to suggest they folded, which is at least good to hear. With it's absense, I will be aligning my characters to another faction, Vigilant Seal.

In Aqualith business news, I made a slightly new preview image for use when my Ko-Fi link is shared. The message regarding a waterskin never really jived with the hand displaying hydrokinesis. I think the new messaging is a little more straight-forward, but still willing to see improvement.

With the aforementioned weekend events now canceled, I've got a little more time now to devote to product development. Been looking forward to it. All for now!

Steady tides be with you!

A documentation of aquatic ponderings for tabletop roleplaying, after action reports, and product impressions. Dive in with the Consortium: aqualith.media