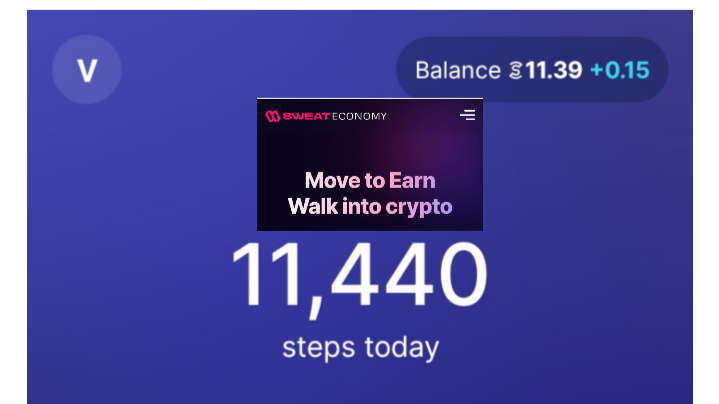 FitFi: Move-To-Earn Could Potentially Be The Next Wave Of Trend And Here Comes Sweat Coin.

DeFi marked a trends on late 2020 and early 2021 and AMMs were dominating in the space showing enormous growth and adoptions. SocialFi has been steadily keeps on increasing as time goes by as it is becoming the haven for content creators that can greatly monetized and give real and so much value to their works. NFT and GameFi started its strong trend on mid 2021 and until now it has keep on onboarding new investors and players as this is potentially the new evolution from traditional gaming.

DeFi, SocialFi and GameFi are just few of the hottest words during 2021. And as time flies and the idea of blockchain is being inserted into the lives of everyone, new waves of trends keeps on coming. And the latest trend that can potentially be the next big thing in the space will not only benefit the people's wallet but also for their health - FitFi or Fitness Finance. And here is SweatCoin jumping early into the trend of walk-to-earn. 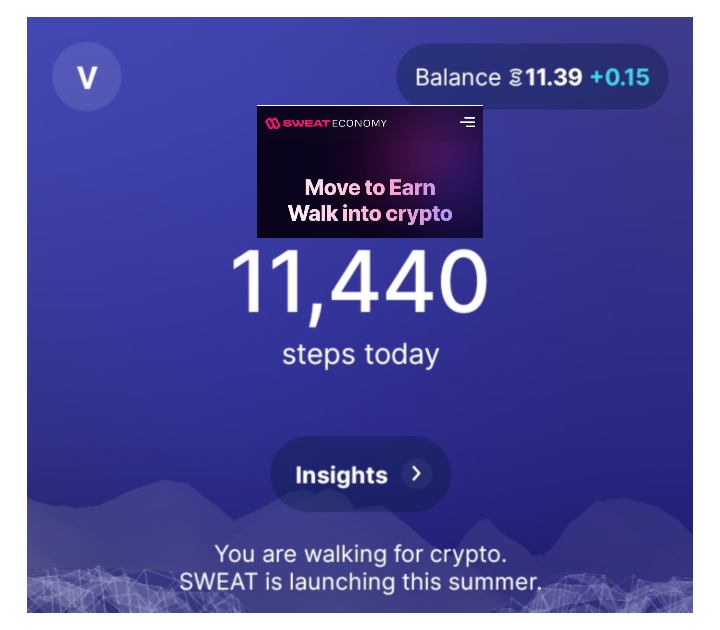 Even before the idea of Play-To-Earn and move to earn in the crypto space, Sweatcoin has been around since 2017 rewarding its users with $Sweatcoin, the in-app reward currency that can be exchanged with every move. Yes, move-to-earn was already an idea in the app and that's how they rewards their users.

For every steps the users take, an equivalent of coins will be credited into the users account. When a users reached a considerable amount, users can go to the in-app marketplace and they can exchange those coins into an item available in the SWEAT Marketplace.

The $Sweatcoin And How To Earn In The App.

I've been doing my research about the project and the company and all the informations I've gathered will most likely to be changed in the future since the project still hasn't released the whitepaper and tokenomics of their future cryptocurrency.

$Sweatcoin, according to the app, is almost like Bitcoin. The more people uses the app, the more it gets harder to earn. Think of it as mining, but instead of mining, people can earn the cryptocurrency through walking. As of writing this article, 1,000 steps you make is equivalent to 1 $Sweatcoin and as time goes by, the ratio will be changed accordingly.

According to the official Twitter account of SWEAT, their native cryptocurrency will have no max supply - therefore it is infinite. Personally, that is a red flag for me but I am giving the project a chance since it has promised that lots of mechanisms to balance the supply of the coin and its demands. Like I said, it was only said in their Twitter account and not yet on their official whitepaper.

There are only few options to earn $Sweatcoin in the app;

Move-to-earn - use the app while walking or running and get $Sweatcoin.

Finish the 3 daily tasks to receive random amount of coins.

Refer and earn. (I will not use my referral link here as it is against the platform's rules).

Registration only takes a few seconds and only requires you your email address to register.

Additional information and a warning: Once you signed up in the app, you will be needing to create your own wallet where you can send and receive your earned coins. After creating it, the app will send you a very important email. The email will serve as your keys to gain access to your coins in the app. Do not delete the email. Deleting the email would mean losing access to your coins to be send outside the app once the coin launches and affordable in the public.

Sweat Coin app has been running for around 5 years and rewarding their users through their in-app exchange. The project announced that they will launched their cryptocurrency on summer, no specific time announced. No one knows what will be the future value of the project but since it was strongly founded and established, this will probably worth the people's time and effort to try the app and since the coins can already be exchanged inside the app.