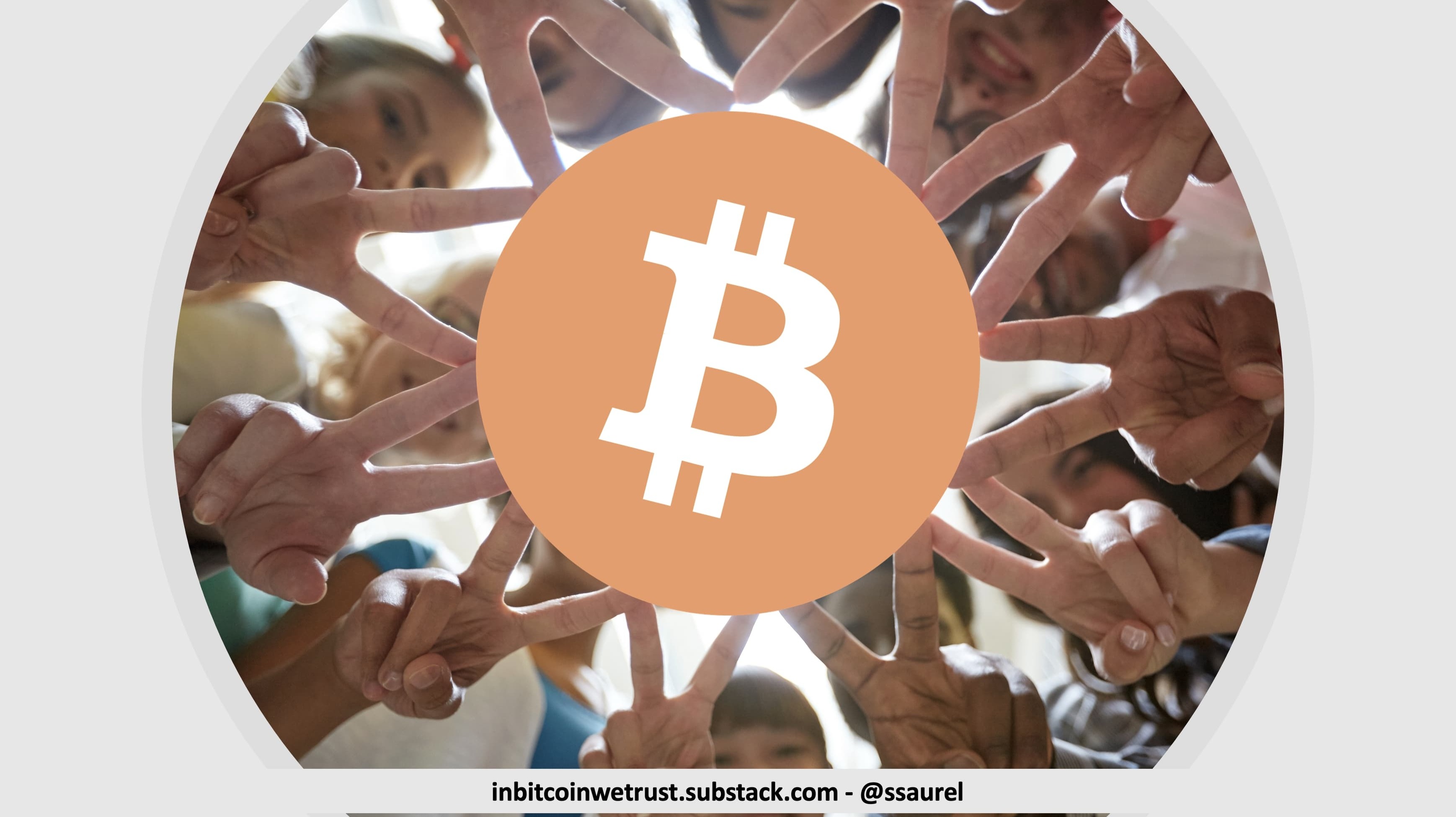 You had never been particularly interested in economics, monetary policy, or even how money works. You were interested in money, of course, but like everyone else: simply to play your role as a consumer in society.

And then a pandemic, the worst in decades, hit the world. Suddenly, all the certainties that some people thought they had were gone. The entire world was brought to a standstill by the COVID-19 pandemic in March 2020.

Faced with this pandemic, the powerful people at the head of the current monetary and financial system have applied the only recipe they know: print more and more fiat money out of thin air to prolong the life expectancy of this system. This is a race to the bottom that does not solve the real problems, but it does postpone the problems.

Thus, the Fed printed more than $6T in the space of eighteen months:

More than 30% of all U.S. dollars currently in circulation were printed during this period. All this money has been used to keep the current monetary and financial system afloat. Jerome Powell and his other central banker friends have been playing a remake of the movie “Saving Private Ryan” for years.

The title of this opus could be: “Saving the Private USD”.

The Fed Balance Sheet has more than doubled over the same period, and inflation is now at a level not seen in America for almost 40 years!

Even if economics was never your cup of tea, you have started to put the pieces together. Even if the education system has done everything to keep you in the dark since you were a child, you've realized that the Cantillon Effect that many have been talking about for months is hitting us hard.

Seeing Elon Musk exceed $300T in estimated wealth shocked you, as did the truly mind-boggling valuations of tech giants on the stock market. While the world's billionaires have seen their wealth grow by more than $4.1T over these eighteen months, the majority of the Earth's inhabitants are suffering more and more from the current situation.

Alone, you can't do anything against this system. By joining forces with other Bitcoiners, you can make a real difference for a better future

So you want to make a difference. You don't want to be at the mercy of the arbitrary and unfair decisions of the Fed. You want to take control of your life.

You once imagined keeping your money out of the banking system as a sign of protest, but you soon realized that it wouldn't carry much weight. Besides, keeping cash on hand at this time would be the worst idea you could have: the extremely high inflation would only make you poorer every day.

This is where you should keep in mind this quote from Publilius Syrus, a writer much loved by Seneca, who lived around 85 BC:

“Where there is unity there is always victory.”

Unity always leads to victory. In your struggle against the injustice of the current system, you can do little alone. However, if you unite with others who share the same desire as you, then victory will follow. That's where Bitcoin comes in.

Bitcoin was launched on January 3, 2009, by Satoshi Nakamoto as a somewhat utopian ideal of a decentralized monetary system owned by the people. While many did not believe in it initially, more and more people have come to unite around this idea of encrypted P2P money.

As I write this, over 130 million people are united behind Bitcoin. Out of 7.8 billion people on Earth, this still only represents 1.7% of the world's population. However, given the rate of growth of Bitcoin adoption, it's a safe bet that this number will explode in the coming years.

Look at where it is today: over 60% of the world's population has access to the Internet. With Bitcoin, the same thing is possible, as more and more people will want access to a decentralized monetary system that empowers them.

So, by uniting with other Bitcoin users, you have a real chance to protect yourself from the injustice of the current monetary and financial system. This is our best chance right now in my humble opinion. We'll see what the future holds and if the quote from Publilius Syrus proves to be true once again.