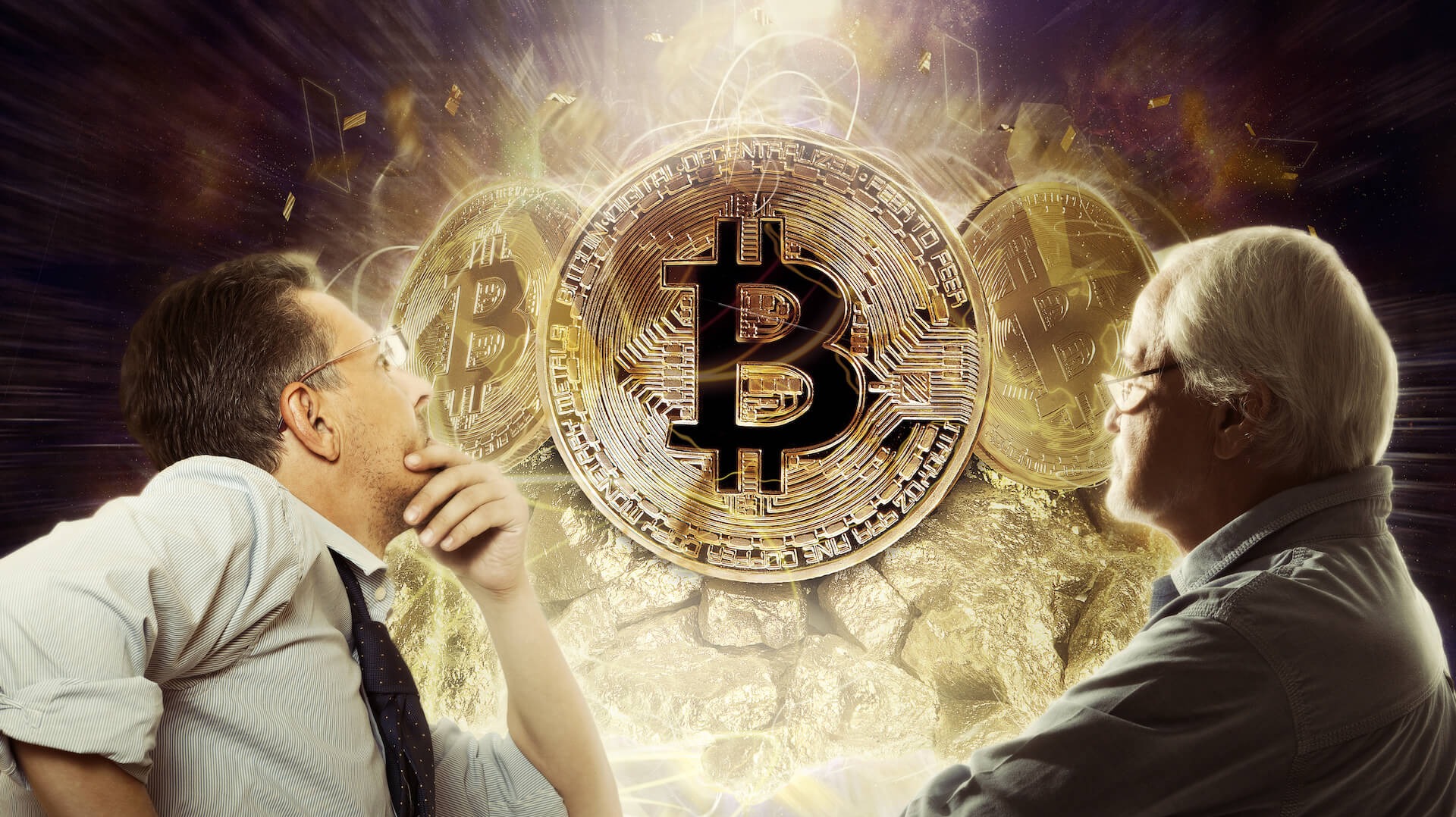 Just one year ago, in September 2020, Bitcoin passed the symbolic milestone of 100 million users on its network. Even then, this figure was an estimate of the number of Bitcoin users since, as you know, it is not possible to have an exact figure of the number of users on the network.

As I write this, it is September 2021. The latest estimate is that there are 125 million users on the Bitcoin network. This is a nice growth over a year and is the result of the Bull Market that Bitcoin started in October 2020.

Despite this, you can see around you that a majority of people in the general public still don't like Bitcoin. I have friends who invest in the stock market, for example, and they still hate Bitcoin even though I spent a lot of time trying to get them to open their eyes to this once-in-a-lifetime opportunity.

After thinking about it for a while, I have concluded that these staunch anti-Bitcoin people have 5 main reasons for not opening their eyes to this incredible monetary revolution.

They suffer from intellectual laziness

You must have already noticed that the number of people who do not seek to evolve and progress is incredibly large. These people complain about unpleasant situations, but when presented with a solution, they will say that it is too complicated for them.

Without even taking the time to understand things, these people decide not to make any effort. They suffer from intellectual laziness in my opinion.

This behavior is detrimental because these people will remain stuck in their comfort zone forever. A comfort zone that will become narrower and narrower as time goes by, whereas putting oneself at risk to discover new things is the only way to reach the growth zone.

To me, the current monetary and financial system is the comfort zone, while Bitcoin is the growth zone. There is an initial effort to understand the why of Bitcoin, but once that effort is made, your life will be changed for the better forever.

They do not understand the economy

The education system does everything to keep people in the dark about how money and the economy work. When you try to understand the current system, you are quickly told that it is very complex. You will ask 10 random economists for details, and you will probably get 10 different answers in the end.

Not seeking to go further on their own, many people are left in the dark about the flaws in the current monetary and financial system that will lead to its collapse.

It is only a matter of time, unfortunately. By not understanding the problem with fiat money that can be printed in infinite quantities out of thin air, these people will obviously not be able to grasp the importance of hard money like Bitcoin for the future.

When you are presented with an incredible solution to a problem that is not a problem for you, you will certainly not be able to grasp it. So the first step is to understand the problem with the current system. Then you'll happily discover that Bitcoin addresses these problems in an incredibly ingenious way.

They think that what is only digital has no value

We live in a society where Baby Boomers and Generation X dominate the most important positions in the monetary and financial system. These people do not understand that the world is becoming digital at an incredible speed and that in twenty years or so, everything will be digital.

For these people from another time, something that is only digital like Bitcoin cannot have any value.

I often hear critics of Bitcoin tell me that Bitcoin has no intrinsic value. I tell them that it is the same for the US dollar and any other fiat currency. You have to go back to the subjective conception of value to understand why Bitcoin has value.

Bitcoin is valuable because it is useful to over 125 million users. These users trust Bitcoin and have chosen to secure the fruits of their labor in its network. All this is voluntary and not forced.

In the current system, the US dollar and the euro are only valuable because governments force them on you. It is not a choice made by the people.

They believe things without even checking

Bitcoin's motto immediately shows that its system is a network of trust: "Don't Trust, Verify".

Bitcoin pushes you to constantly check everything yourself. Bitcoin is an open and transparent system that anyone can check at any time. Install and run your own node on the network, then you will be able to be your own bank with Bitcoin.

Unfortunately, too many people believe things without checking. The problem is more serious when the lies are propagated by the people they consider trustworthy within the current system. I am talking about politicians, economists, and bankers.

These powerful people in the current system have been doing everything they can for several years to denigrate Bitcoin to the general public with clichés that have already been refuted hundreds of times. The problem is that the general public is more likely to remember the lies of these powerful people than the demonstrations made to dismantle all these clichés and other FUD (Fear, Uncertainty, and Doubt) messages.

This problem goes far beyond the Bitcoin system, but it is something that penalizes one from really seizing the Bitcoin opportunity.

This last reason why many people do not like Bitcoin is related to the previous one. A majority of people trust the centralized authorities. These people believe the powerful people at the head of the current system so much that they are ready to swallow all the lies without flinching.

It is quite terrible to observe when you have discovered the ugly truth, but that is how it is!

Many feel reassured by governments and banks, whereas the last decades have shown us time and again that it is no longer possible to have blind trust in these institutions. Yet this is what the current system established in 1971 requires.

Bitcoin is a major paradigm shift in that no one is asking you to take their word for it. The truth of Bitcoin is consolidated by the fact that it is verifiable at any time in a decentralized way by all its users.

The fact that there is a consensus gives incredible weight to this truth.

Bitcoin is an incredible monetary revolution that will change the world of the future for the better. An alternative system that will be used by more and more people in the years to come. Those who will be slowest to embrace this revolution are those who refuse to adapt to the changing world or are blinded by what the powerful people in the current system say.

For these people, I have only one thing to say: you must take your money future into your own hands. Only you can take care of the fruits of your labor. It takes some intellectual effort, but that's how you can get out of your comfort zone and into the growth zone that is Bitcoin.

Anyone who has done it has never regretted it.