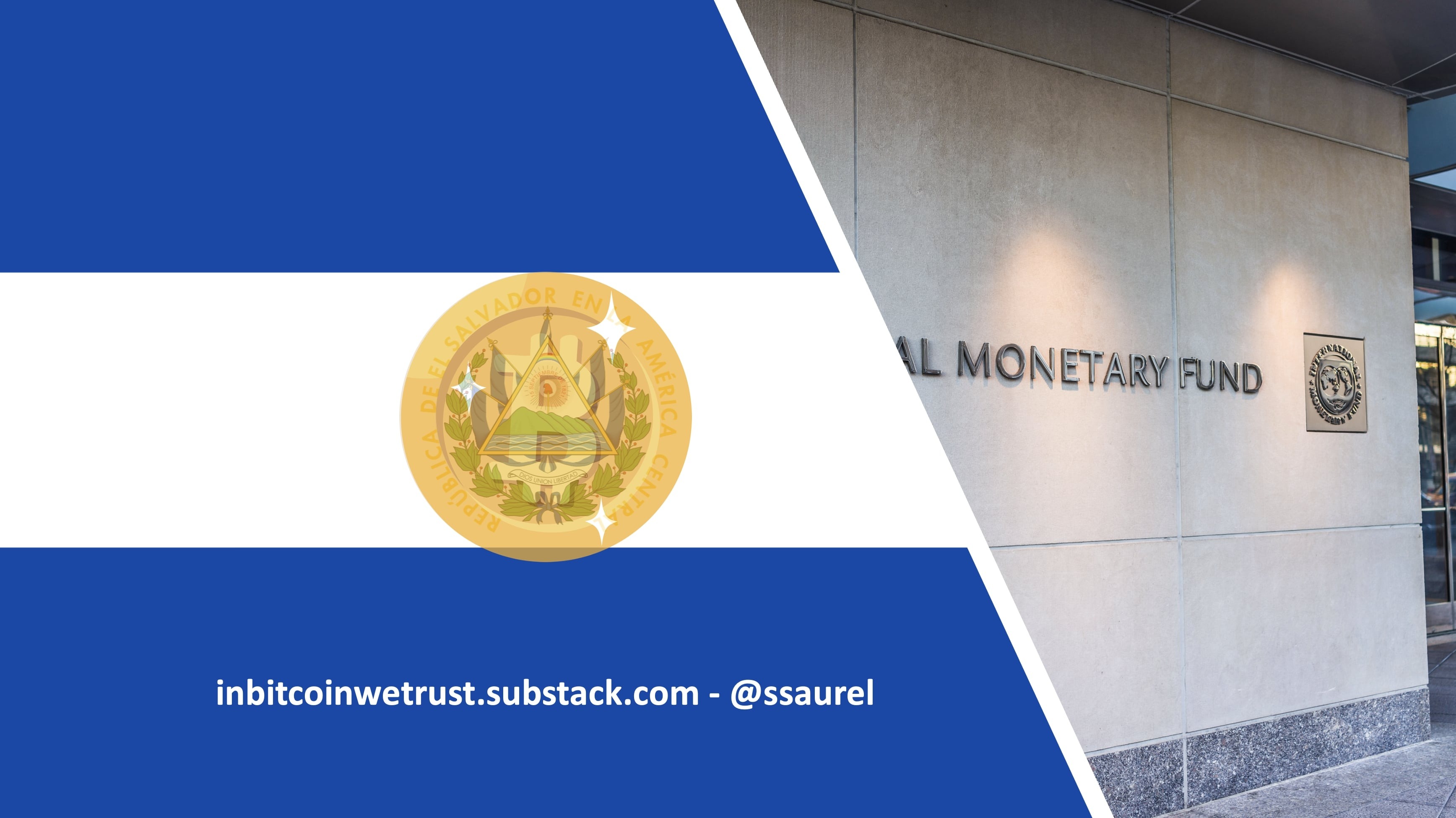 Whether you are interested or not in the economy and the current monetary and financial system, you have probably all heard at least a few times about the IMF. The International Monetary Fund is an international institution of 190 countries that was created on December 27, 1945. When you look on the IMF website, what its purpose is, you will find this:

“The purpose of the IMF is to promote international monetary cooperation, ensure financial stability, facilitate international trade, contribute to a high level of employment, economic stability and reduce poverty.”

This is a good sentiment. If you go further, you will see that the role of the IMF has always been to protect the existing monetary and financial system. So in its early days, the IMF was about trying to ensure that the Bretton Woods monetary system worked.

When Richard Nixon unilaterally introduced the current monetary and financial system in August 1971, the role of the IMF began to change. Its role was now to ensure that this new system imposed by America would endure. This is what the IMF has been trying to do for more than 50 years, and this is why the institution is frequently criticized by liberal economists, like Milton Friedman in his time, or even the World Bank.

Critical for months of El Salvador's choice to opt for the Bitcoin standard, the IMF has now moved to the stage of threats on January 25, 2022

As you might expect, the IMF has not welcomed the adoption of Bitcoin as an official currency by El Salvador in September 2021. After criticizing El Salvador several times in the months leading up to the implementation of this law passed by the El Salvadoran parliament, the IMF had to come to terms with the fact that Nayib Bukele would not back down from the sovereign vote of his parliament.

However, for several months now, the IMF, or even the World Bank and some Western countries, have been warning El Salvador for its bold choice to seize the Bitcoin opportunity.

In a statement published on its website, the IMF ordered El Salvador to drop Bitcoin as an official currency. Here are the reasons that were given in substance:

If El Salvador does not obey the orders of the IMF, Nayib Bukele's country risks being deprived of loans from the international institution that is supposed to help developing countries like El Salvador.

I don't know if you realize the scope of this IMF attack on El Salvador. I will try to make you aware of this.

El Salvador is a sovereign country that has the full right to choose how it wants to act to build a better future for its people. Nayib Bukele chose Bitcoin to try to change the future of his country. Under the current system, El Salvador was condemned to survive by begging for aid from the IMF or the World Bank.

El Salvador's bold choice has already changed the way the country is seen around the world. Everyone is talking about El Salvador and more and more entrepreneurs will be coming to El Salvador to participate in this experiment of building the first Bitcoin Nation.

Who knew where El Salvador was before Nayib Bukele made this choice? Very few people. No one was talking about El Salvador. Bitcoin is already a game-changer for El Salvador and this is just the beginning.

While the IMF or the World Bank scoffed at Bitcoin a few years ago, now these institutions are getting scared by the growing possibility that the Bitcoin experiment will succeed in El Salvador and motivate other countries to follow Nayib Bukele's path.

Tonga is talking about adopting Bitcoin by the end of 2022, as are other countries in South and Central America. In short, something is happening and the IMF feels the danger mounting for its obsolete system.

Rather than letting the people determine for themselves, the IMF is threatening El Salvador saying the country must abandon Bitcoin. The IMF's threats only justify, in my opinion, the very existence of Bitcoin and the absolute necessity for the world to have this alternative system available.

Since El Salvador will logically refuse to obey the IMF, what's next? Will America eventually orchestrate a coup in El Salvador to overthrow the government and end the Bitcoin experiment? How far are the powerful people in the current system willing to go to prevent countries from expressing their free will in monetary and financial matters?

El Salvador must continue to resist outside pressure, and other countries that will join the Bitcoin adventure in 2022 must do the same. The world is changing, and the first countries to adopt Bitcoin will be the ones to benefit the most in the future.

These types of attacks from the IMF or other global institutions will become commonplace in the months and years to come. This is a sign that the Bitcoin revolution is continuing to move in the right direction. It is also a sign that these institutions are afraid that Bitcoin will succeed in its revolution and that it will give other countries ideas to get out of the vicious circle of widespread impoverishment in which the current system has been trapping them for decades.

So don't be surprised, and see this rather as a clear sign that the success of Bitcoin in the future is now well and truly inevitable.