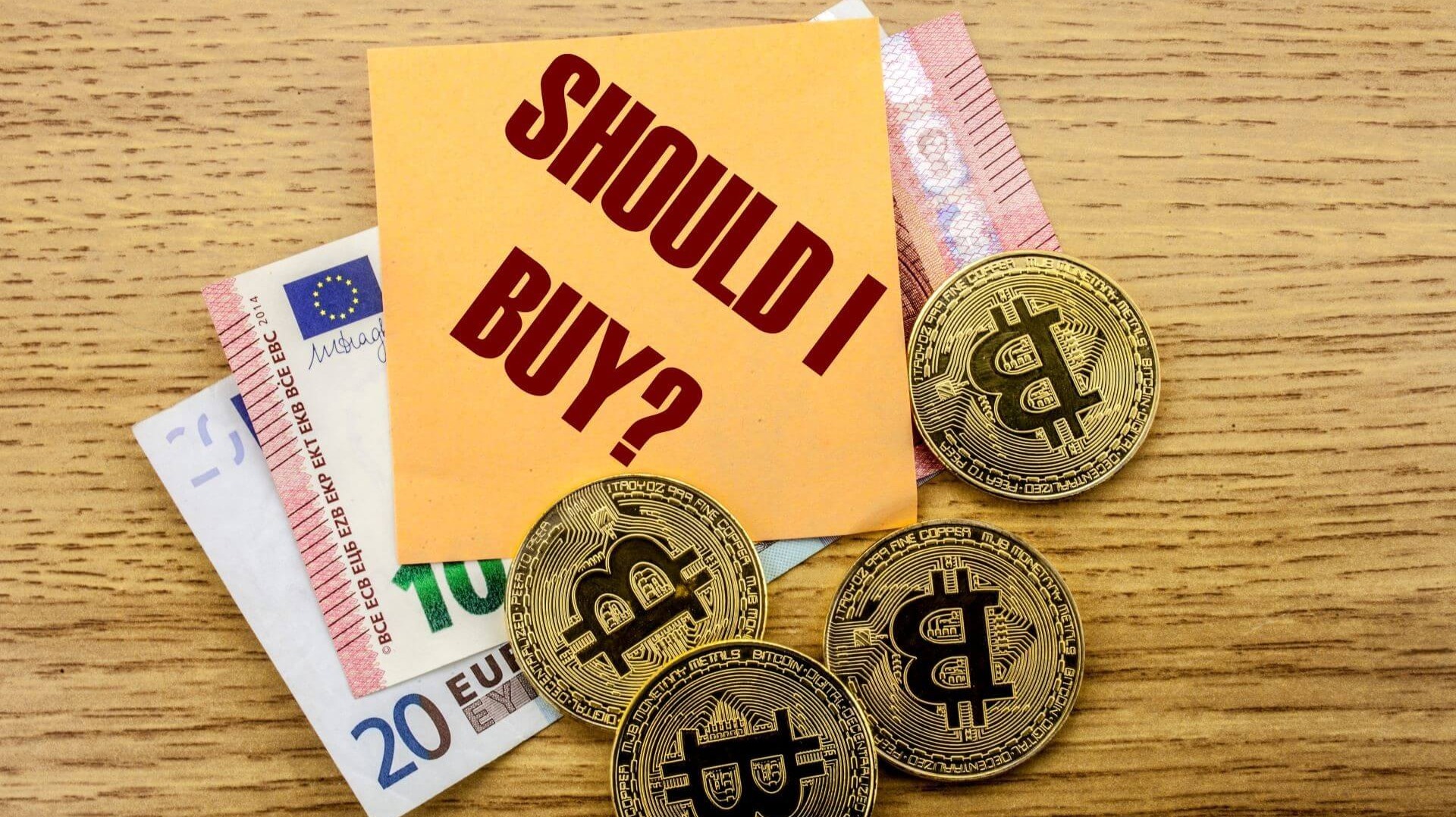 3 Reasons To Buy Bitcoin Now - And 2 Reasons Not To.

The price of Bitcoin is currently down nearly 30% from its November 2021 ATH of $69K. While the Fed's monetary policy shift in the coming months is a certainty now, no one knows how fast the institution will act. This creates uncertainty for investors, which has made the markets very volatile since the beginning of 2022.

This was part of the major trends for 2022 that I told you about at the very beginning of this year.

Since the volatility of the Bitcoin price is a feature, not a bug, you can imagine that it is even more pronounced in this market. In addition to the uncertainty about the Fed's monetary policy, there is a major geopolitical risk with the war between Russia and Ukraine. This is a first for over 75 years in Europe. Something that everyone imagined as unthinkable.

As I write these lines, no one can say when this war will end, and especially in what way. Will Vladimir Putin go all the way in his desire to take control of Ukraine? Will he stop by simply saving face by taking the Donbas? We can't know, and that hurts the markets as a whole. Always this uncertainty thing that all investors hate above all else.

However, I think that the current situation should be used to buy Bitcoin. To justify this, I will give you 3 major reasons. On the other hand, I will give you two reasons why you should stay away from Bitcoin. This is not what I do personally, but having arguments for and against will help you make the best decision for your interests.

Because you should never forget that only you can take care of your money future. If you don't make your own decisions, you risk having constant regrets and resentment. It's up to you to take the power from the elements I give you to integrate into your thinking process.

Pro#1 - Take power over the fruits of your labor

Many people underestimated the power of censorship resistance that Bitcoin gives you by saying they don't need it. And then, what happened in Canada in February 2022 with the Freedom Convoy protesters who were financially sanctioned in an authoritarian manner by the Canadian government opened the eyes of the general public.

Even in Western democracies, the fruits of your labor are not safe within the current system. You remain at the mercy of the powerful who control it and abuse their power. Buying Bitcoin is a no-brainer if you want to take power over your money.

The current monetary and financial system is flawed, and not fixable. At the root of the current system's flaws is the ability of central banks to print as much fiat money out of thin air as they deem necessary. This has disastrous consequences for your purchasing power in US dollars:

Bitcoin comes with a superior programmatic monetary policy and a limited supply of 21 million units no matter what. Thus, 1 BTC today will still represent 1 BTC in 21 million in 10, 20, or 50 years.

So Bitcoin protects the fruits of your labor from the ravages of inflation. It is something essential to protect your future regarding money by breaking away from the yoke of the central bankers on the current system.

“It might make sense just to get some in case Bitcoin catches on. If enough people think the same way, that becomes a self-fulfilling prophecy.”

This message is not from me, but Satoshi Nakamoto himself. The creator of Bitcoin posted it on January 16, 2009, on the Cryptography Mailing List after the launch of version 0.1 of the Bitcoin system. If you could have followed this simple advice from Satoshi Nakamoto at the time, you would have been in charge of the large amount of BTC acquired for practically nothing in fiat currency.

Rather than having regrets again in 10 years, it's probably safer to buy Bitcoin just in case. If the Bitcoin revolution succeeds, then you'll thank yourselves today for daring to take action.

Bitcoin is the world's only truly free market. Users can find the equilibrium point for the price of Bitcoin at any time. Trading takes place 24 hours a day, 7 days a week, 365 days a year. No one will stop trading in BTC when its price goes up or down too much. No circuit-breaker unlike the stock market for example.

As a result, volatility is a feature of Bitcoin, not a bug. The price of Bitcoin will therefore respond even more strongly to the emotions of the participants in this market. The volatility of more than 30% in a few hours or days is possible.

You need to keep this in mind and ask yourself if you will be able to handle this extreme volatility. You'd better be, but some people just can't. In these circumstances, it's best to avoid Bitcoin until you understand why.

Until you understand the why of Bitcoin, you'll probably have a hard time redefining your time horizon by taking the best approach with Bitcoin: the long-term one.

Bitcoin is an incredible monetary revolution that will change the world of the future. That's my belief. However, it will take time, and its price does not rise linearly. The price of Bitcoin moves in successive upward waves interspersed with corrections and crashes. You have to accept this to take full advantage of it.

To take advantage of it, you will need to develop the necessary confidence in the Bitcoin revolution. This will help you to be patient and not let your emotions drive you to panic when Bitcoin's volatility is at its highest. If you are not able to understand that Bitcoin's goals are long-term, then it is likely that you should stay away. This will prevent you from losing money by panicking during a Bitcoin Bear Market.

Buying Bitcoin now is a no-brainer from my perspective. In a world where inflation is at an all-time high and Western democracies are giving in to authoritarian temptations, Bitcoin is the freedom technology we need. However, it is up to you to make the decision you feel is best for your future regarding Bitcoin.

I've just given you three arguments for and two arguments against. Incorporate them into your thought process, and then you can make the best decision to protect your future regarding money.