Ahhhh... what is summer for if it isn't spent watching "interesting" new releases on Netflix or other video streaming platforms?.... and 2020 has been full of lots of empty time for me as concerts and tours have been cancelled left, right and centre!

Sadly, it means that my Netflix recommended feed is starting to fill up with dubious recommendations... partly due to my lazy TV watching habits, where I'm watching series that are a little light combined with my preference for superhero movies!

Anyway, the first season of Warrior Nun launched on Netflix over the summer with 10 episodes and showed up in my recommended feed. I figured I would just watch it, seeing as it had an interesting setup in the Catholic Church being a long-time defence against the demons from another dimension for the last several millennia. Warrior Nun follows the story of a teenage quadraplegic "naughty girl", Ava Silva, who has died after escaping from an orphanage. However, in the morgue, she is implanted with the halo from an Archangel which gives her superhuman powers (after bringing her back to life...).

For much of the season, she is quite resistant to the idea of fighting alongside the Catholic Nun order that is devoted to destroying the demons as they cross over into our world. It's mix of fear, disbelief and the ability to actually walk and do the things that teenage girls are supposed to be doing... enjoying life TO THE MAX!

There is a strange set up with a scientist meddling with QUANTUM mumbo-jumbo who is trying to bridge the worlds between "Hell" (she thinks that it is Heaven) and Earth in order to cure her critically ill son. She is being played at the same time by a Catholic power struggle that aims to displace the Warrior Nun order for political means. I have to say that it is a bit of a confused mess... and it gets worse later in the series (no spoilers...) when a big twist is revealed. Meanwhile, there is a very very awkward and embarrassing love story with a "cute and slightly naughty but with a good heart" boy love interest. The main character (Ava) also has an internal monologue going on in the show as well, so there is the crazily awkward "is he, isn't he interested" internal dialogues that she has with herself. It's really quite cringy! So, having rejected the formal order of the Nuns... Ava falls in with a band of teen freeloaders who take over empty holiday homes in Portugal whilst the owners are away. These are mansions that are the summer homes of the rich, so they feel justified in borrowing them (and the contents...) whilst the owners are away working... or something. Robin Hood with a self-interested justification streak... In the end, duty calls... and she is able to make the various groups combine to defeat the season's big bad. The usual hackneyed developments take place for the groups and the "bad scientist". The freeloaders start to feel a sense of duty that is beyond their personal immediate satisfaction, the Nuns start to learn to "act irresponsibly sometimes", the scientist sees that her work has been used for evil despite her best of intentions, the world of real science sees words like "quantum", "entanglement" and various science-y sounding words get mangled and misused to make things sound science-y and mystical and complicated....

Warrior Nun was a show that had so much promise. The idea that there is a secret order of Nuns who were fighting an ongoing war over the millennia to keep the forces of a different dimension at bay is a great starting set up. I do get sick of the scientist doing stuff with no idea of consequences to be a very tired trope for the "bad guy patsy" role, and I REALLY get sick of science words being thrown around for effect (that unfortunately also happens in real life as well... want something to sound like science? Say it is "Quantum blah...").

However, the show spend SOOOOOOOOOOOO much of the season (roughly half or more of the ten episodes) on teenage angsty stuff... love interests, just enjoying life at parties and avoiding the demons of hell. This meant that the real meat of the story, which is the twist at the end, ended up being incredibly rushed in the last couple of episodes.

So, the first season of Warrior Nun was a huge disappointment from the point of view of a person who was expecting a fantasy/sci-fi sort of series. If you were look for a light teen drama, that was perhaps more appropriate. However, I do have some hopes that the big reveal at the end will set the second season up to be a better balance between the fantasy and teen drama halves of the show.

... unless it is cancelled by Netflix... like so many other shows that just get a first season run and then get discarded. 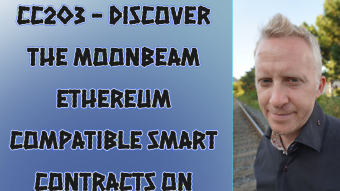 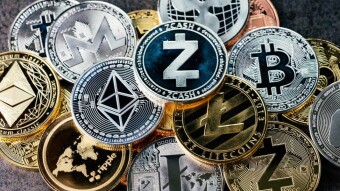 What Coin do I buy? 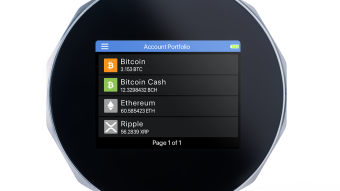