De-Fi projects are following some fashionable types of contracts according to the demand of crypto investors. Harvesting, autofarming, NFT-staking and many other forms of De-Fi concepts have been working flawlessly. Here is another kind that is quite hot: Farming the coins with highest market cap. 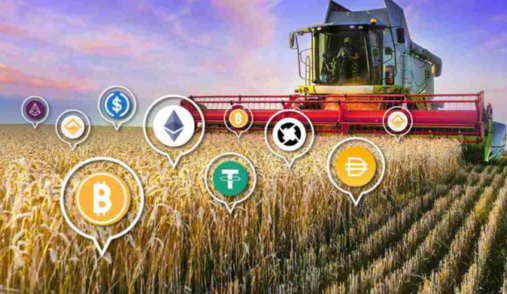 It's in great demand way of earning collaterals of Top X coins while playing a role in the De-Fi platforms. In some cases, you are buying a share to receive bDOT, bETH, bDoge etc while in others you are providing liquidity and it's automatically growing. The systems are always designed easy enough for everyone to stay in the system and enjoy the earnings in several forms.

Golden rule: Diamond paws do not APE like others 🤓
Let's examine an example of this fashion then talk about the strength of our CUB token.

BabyDot was launched yesterday with a brand new presale mechanism. Each minute the amount of fee reduced from your swap decreased %10 to eliminate bots. 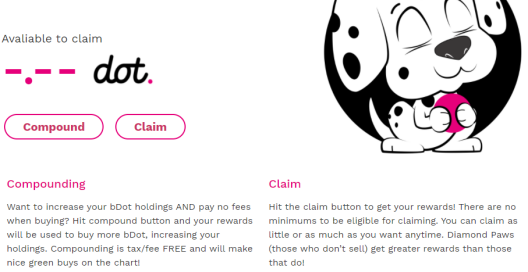 The moment you swap your BSC token for BabyDot, you start earning DOT that you can either withdraw or compound on the platform. Even though platform has only 101 token in supply, it's more or less the same with the other tokens that pay other tokens on BSC through De-Fi.

You can check the platform: BabyDot 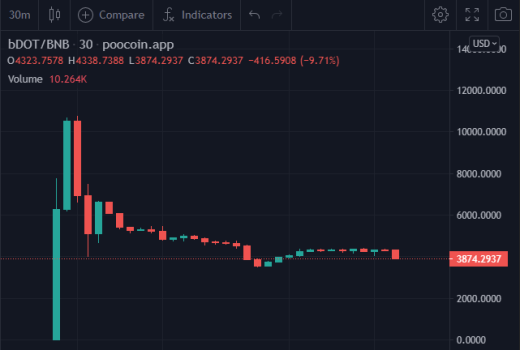 As you can see on the chart, people want to receive the most popular coins in crypto ecosystem while earning native tokens of the projects. Even the traders could mint some bDOT until they sell their tokens on the market. A nice narrative for passive income lowers 😄

Where does CUB converge and diverge from this trend?

Long before these projects with specific contracts, the CUB team already announced their plan for CUB token to create buy-pressure on it. For this purpose, the CUB Kingdom will be distributing Binance Smart Chain (BSC) coin to those who autofarm their CUB tokens on the Kingdom. Both autofarming and earning #4 coin in crypto ecosystem 🦁

While these trendy tokens are created and launched by anonymous developers, the investors have to rely on the devs that are not known about. In some cases, there were cases when the trades were frozen or the devs rugged the investors.

Does it worth taking the risk?
I do not know.

Contrarily, CUB has systematic burn mechanism as well as BSC dividends for the investors. Every single thing is shared through LeoFinance and AMA sessions by developer team.

CUB Kingdom is the place where you can accumulate solid coins in Kingdoms. Besides, CUB Kingdom provides opportunities to pile up BSC coin so did bDOT,bETH,bDOGE coins do.

If you put the dividend feature aside, the other projects are not different from any token minted 2 mins ago. Not multi-functional, not promising IMHO.

I believe this feature is one of the most crucial ones as the other projects lack in real users/community that can help developers to grow the platform altogether. The point in these projects is mostly about APY or APE 🦍 opportunity. Nobody can expect such a project to be a long-lasting one.

I'm super happy with the way CUB catches the trend with several advantages. While examining similar projects like Baby Dot, all I see was the importance of developing a project that is both useful and secure to dive deep into it. Otherwise, I do not choose to take such risks after witnessing thousands of frauds in crypto. The digits you see on the screen do not make sense unless your funds are secured. Play simple 🦁