Being the ancestor of cryptocurrencies, Bitcoin has been leading the way the crypto ecosystem marches. When the growth of crypto was historically viewed, Bitcoin has never shared its dominance in market capitulation with the peers. 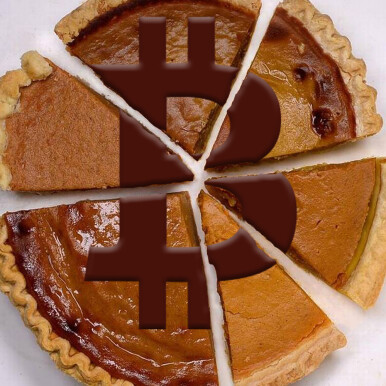 However, while the sentiments are constantly changing, how far can Bitcoin be the only dominant crypto in the jungle?

The Needs and the Coins fulfilling successfully

Let's take the case from a longer time frame to understand the fulfillment of need phenomenon. Prior to the occurrence of decentralized/autonomous exchanges, it was just a dream for crypto enthusiasts to conduct the transactions without a middle-man.

Though to some extent, this wish was fed with the idea of freedom from the old-school fashions that you are always being tracked by some parties, the fundamental was based upon the developed blockchain systems. As of speaking, the decentralized exchanges, Liquidity pools, Peer-to-peer market places are in a severe rush to outperform the others.

Until the birth of the De-Fi & NFT craze, our purest wish was to buy coffee from Starbucks 😄 However, today's well-developed blockchain facilities are testing the levels beyond our vision. At that point, Bitcoin, **as one of the best Store of Value assets**, seems to share the tyranny with some of the colleagues because of the growing demand and expectation of the crypto-enthusiasts.

The Attributed Value to Bitcoin Sliced the Pie

Do you feel excited when individuals (not institutions) talk about Bitcoin? Not anymore.

It's due to the consensus over the value of Bitcoin as a veteran cryptocurrency. For some it's about the vision of Satoshi but, more importantly, Bitcoin became a safe place thanks to each one of us. Since we could agree on a mutual idea, there is no urge to find crypto that we see as the asset that we can save our purchasing power in the long term.

Just think about **Maslow's Hierarchy of Needs**, only when you fulfill your basic needs, you can climb up for more advanced ones. The case of crypto is not an exception. In my opinion, the share of the pie, aka domination, will be more scattered by several dApp-based Scalable projects like ETH, SOL, AVAX, HIVE, DOT, and maybe with some other potential ones.

Some traders rely on the dominance of Bitcoin to spot market cycles such as alt-season to open positions. Even though it has been working without too much deviation, the growth in the market is a no longer sustainable way to spot the cycles for me.

The growing hype over ETH 2.0 brings discussions about possible flippening between Bitcoin & Ethereum. Even if this would not be achieved within a couple of years, the necessity of more developed platforms will push the solid projects higher and higher.

I really wonder if we will be calling Ethereum one of the altcoins... Sentimentally speaking, the technology of Ethereum will be the door for people to join the blockchain ecosystem. I want to leave the link of Yahoo news over the perspective of JP Morgan regarding Ethereum. 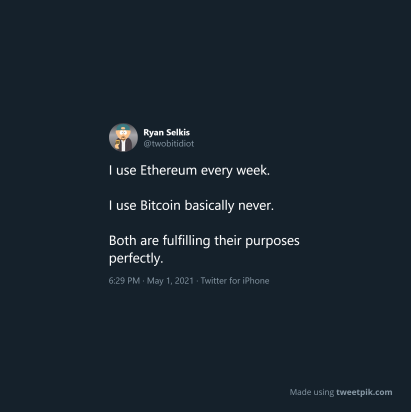 I believe this tweet summarizes the growing acceptance by many people. To be honest, I'm trapped with this mindset.

I expect to see overwhelming domination of Ethereum compared to similar projects. Surprisingly though, people tend to create centralized power sources before seeking independence/decentralization. For that reason, the growing domination of Ethereum will ignite the war of technology war among blockchain projects. This competition will eventually be in favor of the crypto enthusiasts.

The way Bitcoin has reached mass adoption enabled altcoins to fight for a bigger slice of the pie. Since people have nearly no doubt about the Store of Value nature of Bitcoin, the dominance of the market will be shared with growing platforms of platforms. For me, Ethereum 2.0 and a similar project will be in an immense race to grab the attention themselves. Meanwhile, the decreasing domination will not bother me for Bitcoin. However, the growing interest in Ethereum may surprise all of us 😌