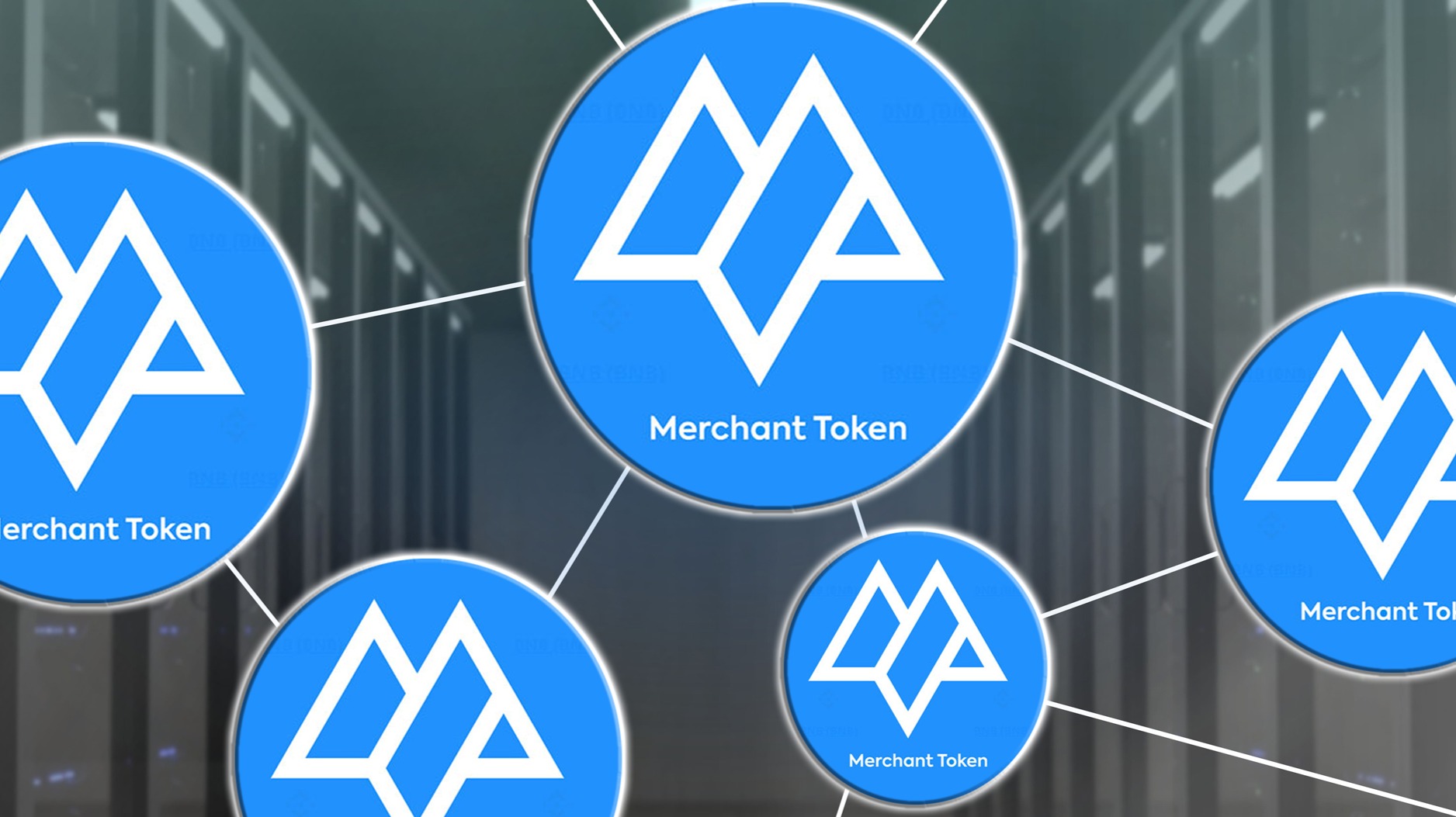 Hello, denizens of the Cryproverse!

It’s ya boy Nixel Mago with another article on the Merchant Token (MTO) ICO launchpad. As promised in my previous installment, today we’ll be taking an in-depth look at MTO’s tokenomics while discussing MTO’s use case as a governance token on the Hips Merchant Protocol.

I’ve done my best to make this article as self-contained as possible, but if you’re new to the MTO ICO launchpad, I strongly recommend that you take a look at my previous article where I discuss HMP’s dispute management systems, make a case for MTO’s market utility and review the team behind the project — otherwise, you’ll be missing context crucial to this article.

As is ritualistically necessary when talking about anything related to crypto, I have to provide a mandatory disclaimer before we move any further:

********** While I am an MTO holder, I am not an employee of nor do I represent the MTO Launchpad or the Hips Payment Group. The opinions expressed here are my own, and as wonderful as it would be, I am not being paid to produce this content. Additionally, I am not a financial advisor, and nothing about this article or any of my writings should be thought of as financial advice — I want to share my love of crypto and help to educate folks in the process — these articles are my sincere attempts to do so.**********

All set? Great, let’s dive into MTO’s Tokenomics / Use Case! 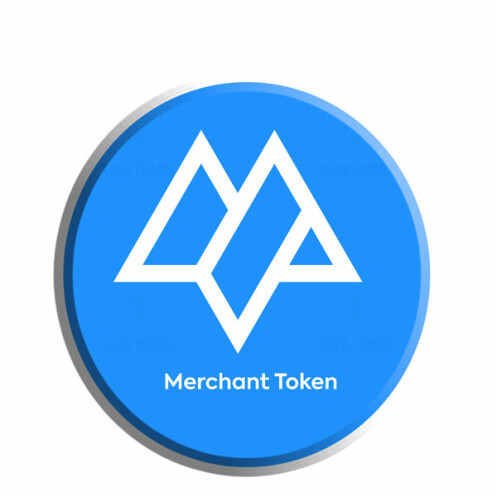 MTO as a governance token — a synergy of 3 practical incentive mechanisms.

Merchant Token MTO is an ERC20 Token native to the Hips Merchant Blockchain and issued on Ethereum. MTO has been designed as a utility token intended to encourage community governance and incentivize what the MTO whitepaper calls “the virtuous cycle of the Hips Merchant Ecosystem” (pg. 27). 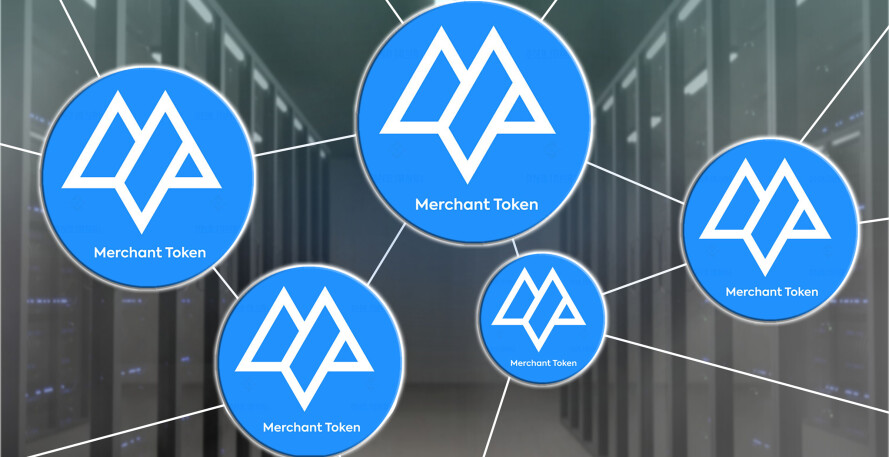 Token holders have the opportunity to profit off their custodianship of the community’s transactions by helping to resolve dispute cases — as explained in my previous article. The MTO white paper states that once mature “Hips will gradually transition the Hips Merchant Protocol and the Hips Merchant Blockchain to community governance, allowing the community to decide the future of the protocol” (MTO Whitepaper, pg. 26).

MTO holders will have the option to stake their tokens to vote on crucial facets of the HMP, such as adding or removing tokens, merchant reputation voting, and protocol parameters, like reputation algorithms, supply cap, and risk limits.

It is to these ends that MTO has been created with 3 main utilities on the Hips Merchant Protocol, which constitute its use case:

1.) The HMP ecosystem provides work for token holders through dispute cases. Holders are rewarded in tokens from the “fee pool,” which is a collective repository of merchant and customer transaction fees as well as tokens staked by MTO holders. A portion of this revenue, decided on by MTO’s DAO, will be used to reward dispute agents for doing “agent work.” This is the engine that will drive the positive incentive mechanisms as HMP picks up speed.

2.) Holders are incentivized to educate the market and secure mass adaptation of the protocol (like what I’m attempting to do with this series of articles), which will lead to a higher market value of the token as a tradeable asset. It is to that end that MTO will eventually be available on a native mobile wallet called the Hips Wallet, which will offer exchange and coin transfer functions. However, until the Hips Wallet is available, MTO can be stored on all wallets that support ERC-20 tokens (MTO Whitepaper, pg. 32).

3.) MTO is a governance token that will provide direct representation in the HMP DAO, as discussed above. The only way to gain representation at the HMP DAO will be to hold Merchant Tokens in the fee pool — the longer MTO is held, the more voting power becomes available to a holder for governance.

Fees: How the Hips Merchant Protocol is monetized.

Fees will be updated regularly and are required to pass voting in the HMP DAO. The transaction fee structure, which will be paid by the consumer in exchange for the consumer protections provided by the protocol, will vary based on whether HMP runs on the Merchant Blockchain or on any other smart contract blockchain. 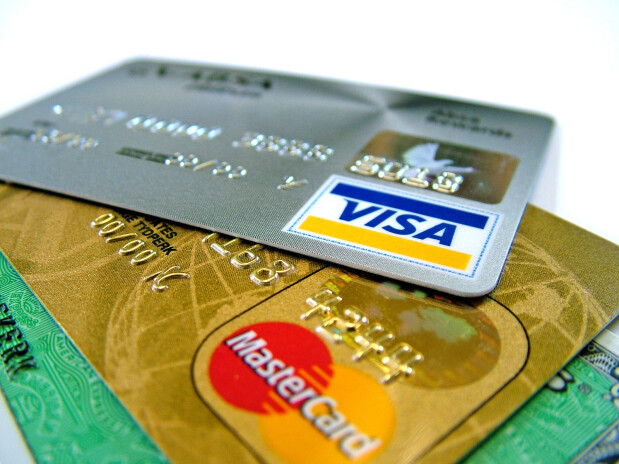 The MTO whitepaper states that the fee “is currently 20% of the gas fee on the blockchain,” and that the fee will be pooled. A dispute fee of 3 MTO will be charged to account holders for disputing a transaction — these fees will be allocated to the Automatic Dispute Management (ADM) fee pool. Page 19 of the MTO whitepaper explains that the same 3 MTO fee for disputes settled through the Community Dispute Management (CDM) system will be distributed to MTO token holders as follows:

25% of the fee will be transferred to the first dispute agent.

25% of the fee will be transferred to the second opinion agent.

50% of the fee will be transferred to the fee pool.

As a measure to prevent abuse of the protocol, a 0.05 MTO fee must be paid by a dispute agent in order to take up a case from the dispute contract. If agents try to abuse the protocol or fail to engage in a thorough effort to try to reach a consensus on a dispute case, they will not be paid out of the fee pool and therefore lose a small amount of MTO. The only way to participate in this system is to have skin in the game as only MTO holders will be able to take up dispute cases.

I’m of the mindset that losing profits because one has done a lousy job serves as an excellent buffer against a lazy work ethic, so I think it’s fair to speculate that HMP could be a very efficient incentives mechanism.

As the HMP reaches main-net maturity, Hips plans a soft-fork transition from Merchant Token (MTO) to Merchant Coin (MEO) which will be 1:1 convertible with its predecessor. This is a common practice within the crypto space and typically facilitates software updates on a blockchain or allows new functions/features while maintaining backward compatibility within the network. 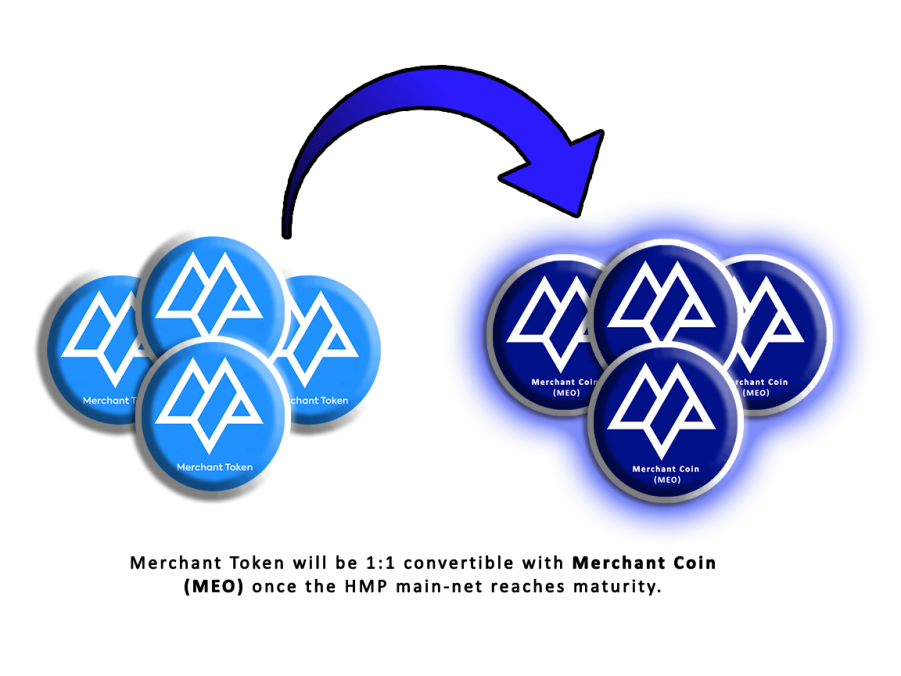 When this is planned to happen is still in the air as MTO’s timeline currently does not list any details related to MEO. However, once MEO takes over, a similar fee structure will be distributed from the HMP fee pool to CDM dispute agents. The primary difference between Merchant Token and its eventual successor, Merchant Coin, is that a percentage of MEO will be burned as a hedge against inflation within the new fee structure when active:

25% of the 3 MEO fee will be transferred to the first dispute agent.

25% of the fee will be transferred “opinion” agent.

45% of the fee will be transferred to the fee pool.

The remaining 5% will be burned for deflation.

Dispute agents will also have to pay a fee of 0.05 MEO to take a case from the dispute contract. I will provide more details on MEO as these become available.

To date, the HIPS Payment Group process payments from over 200,000 merchants globally. What that means for the HMP’s payment ecosystem is a secure source of monetization for the entire protocol as fees will be taken from every transaction on the network.

As the demand for secure crypto payments continues to increase, HIPs plans to extend its blockchain services to more and more merchants, thus resulting in an ever-growing fee pool, which could lead to Merchant Token firmly ensconcing itself within the Cryptoverse as a phenomenal market presence.

A total supply of 100,000,000 Merchant Tokens has been mined; 50% of which has been distributed into the MTO ICO launchpad and is available for purchase by the public at the time of this publishing this article.

The other 50% has been distributed to a variety of parties as illustrated by the charts below. Most of these tokens were vested or sold to said parties and will be unlocked after certain time periods: 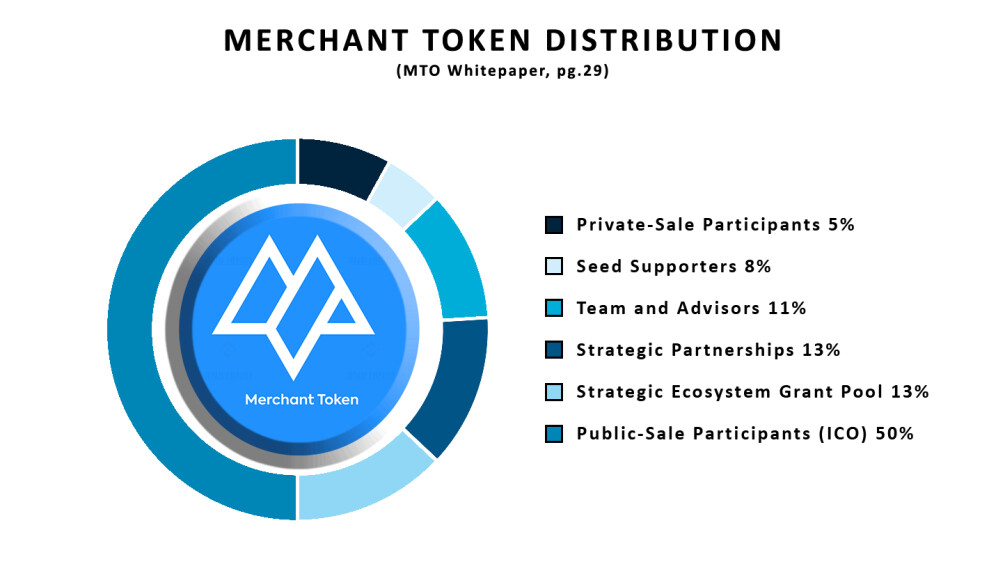 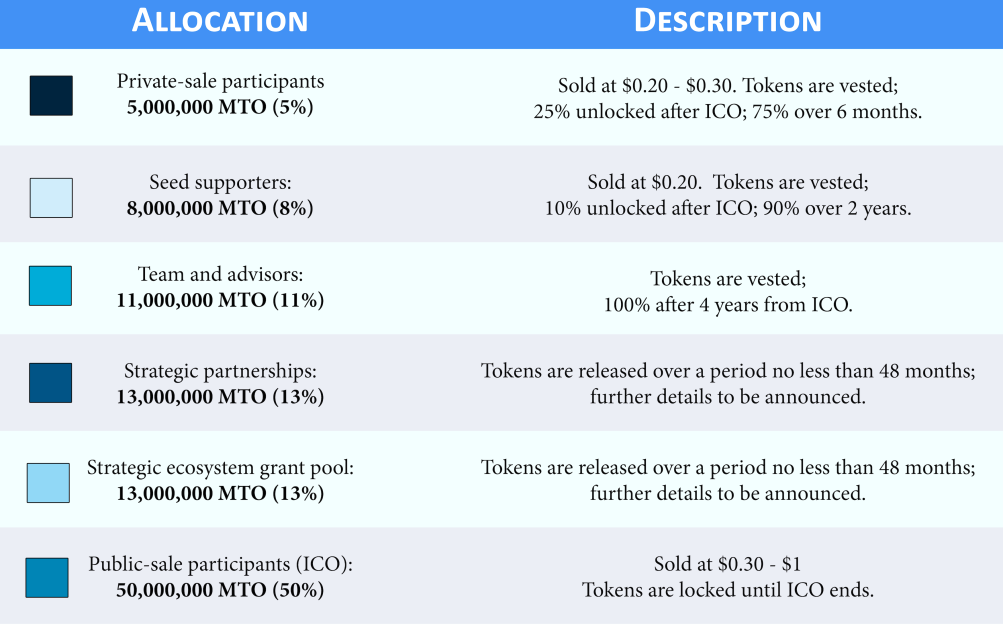 Merchant Token’s website states that should phase 100 of the launchpad not be reached before June 30th, 2021, a vote will be taken by the public token holders to either extend the ICO or to burn the unsold tokens.

Final thoughts on MTO’s use case and Tokenomics.

When I consider the utility of Merchant Token’s payment ecosystem, coupled with how this project aims to extend consumer protection to crypto users and merchants, and the fact that the whole protocol will be governed by a DAO designed with monetized incentives mechanisms to spur community participation—in mind at least—I have enough confidence to speculate that this project will be a boon to decentralized finance and the crypto space at large.

With that being said, it bears repeating that I am not a financial advisor, and this article was written with the sole intention of informing readers about the MTO project and what it potentially represents concerning the mass adaptation of crypto.

If you think I’ve managed to provide you with valuable content and are curious about joining the MTO launchpad while you still can, then I would greatly appreciate it if you used my referral link to do so. You can find the MTO White paper, which has informed this article at length, here. 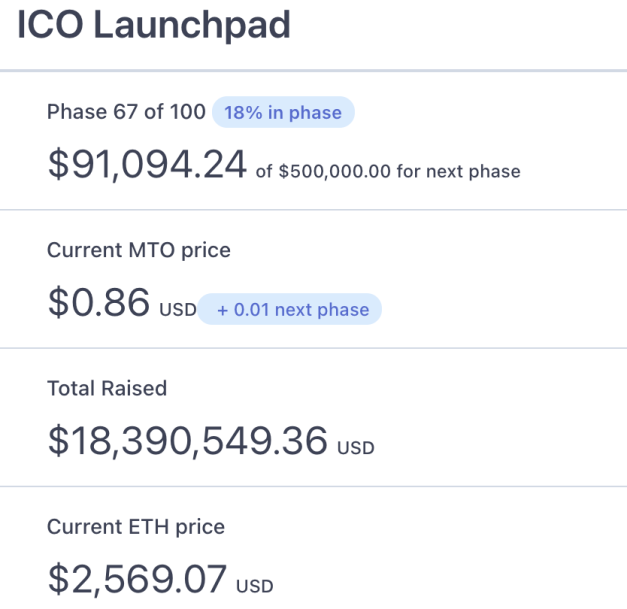 As always, you should do your own research when it comes to anything related to investing in crypto — but I hope that my work has provided you with a great starting point.

My original intention for this article was to also provide readers with a step-by-step guide on how to use your Coinbase Wallet to participate in the Merchant Token ICO, however, this article ran much longer than I expected, so I’ve created a separate, forthcoming article that covers this process in detail and explains how to avoid a very silly mistake I made.

Please check it out if you’re thinking about joining the launchpad, and check back next week for more articles on exciting new ICOs and thought-provoking essays from the Cryptoverse.

Satoshi be with you,

I was once a copywriter, but now I own/operate my own delivery business during the day, & dive into the crypto markets by night. I'm a student of Homma Muneshina & Hermes Trismegistus—currently reside in ATX.

Hello, mates! I'm Nixel Mago, and I'd love for you to join me on the hunt for new ICOs! I'm going to do my best to bring you the latest & most useful news on all things crypto—from DeFi apps , altcoin news, BTC price updates, details on ICO launchpads & everything else related to the cryptocurrency markets.