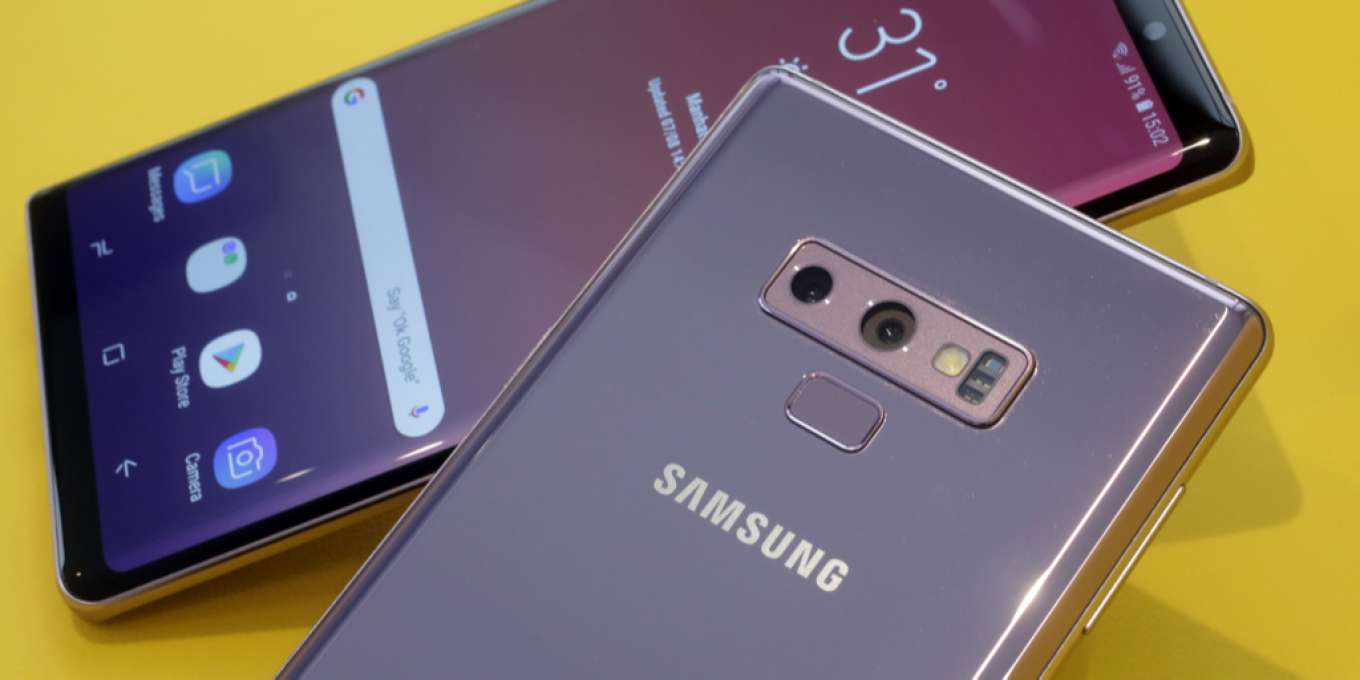 Welcome back everyone another new blog.
So a little over a month ago we saw the first-ever real look of the Galaxy Note 10+ courtesy
of none other than your boy and now we have another hands-on look of the Note 10+, but
this time it's not coming from me, it's coming from someone else.
He deleted the tweet but thankfully Ice Universe reposted it on his twitter, so here it is
our another real look at the handset.
Of course, it doesn't reveal anything new, but it's always interesting to take a look
at an unreleased handset, especially of a high caliber device like the Galaxy Note 10+.
Interestingly, it looks like this photo has been captured from an unreleased iPhone and
Ice Universe is calling it the iPhone 11R.
Well, I'm not really sure about that!
It could be an Android clone of the iPhone 11R, because a) it doesn't look like the rumored
design of the 2019 iPhones and b) it looks like Sht.
But then again 2019 iPhones does indeed look like sht so you never know, this could be
the real iPhone 11R.
So we have sales numbers for the Quarter 2 of 2019 which shows that Samsung maintained
their top position in the smartphone market.
In fact, they have extended the gap between them and the number 2 spot Huawei.
It looks like Samsung's new mobile strategy is paying off as the Galaxy A and M series
are selling really well.
Do note that these numbers are for Quarter 2 which means the Huawei ban has no impact
on the numbers because the ban happened in Quarter 3.
Anyway, the number does look really good both for Samsung and Huawei except for Apple because
their sales are on a decline but it's not all good news for Samsung either because of they
took a toll on the net profit.
Their smartphone profit is down by 42% compared to last year.
The reason for that is the aggressive pricing of the Galaxy A and M series phone and their
flagship, the Galaxy S10 didn't hold it's sales momentum in Q2.
The S10 series sold really well in Quarter 1 but it failed to do the same in Q2.
Hopefully, for Samsung, the Galaxy Note 10 could help elevate the profit margin higher
than what it is right now.
Samsung has made the Galaxy Tab S6 official today.
It has a 10.5" display with Super AMOLED and comes with the Snapdragon 855, unlike the
Tab S4 that came with an older processor.
There's a dual-camera at the back.
13MP main camera with a 5-megapixel ultra-wide camera with a 123-degree field of view.
It brings a lot of new improvements to the S-Pen.
Now it has Bluetooth, just like the one in the Galaxy Note 9 so it does everything the
S-Pen on the Note 9 does.
So you can click pictures with it or use it to change the slides during presentations.
Also, there's a new gesture feature called S Pen Air actions which will let you control
the multimedia content on the tablet even when it's not in your hands.
It has a 7040mAh battery, 6 or 8GB RAM, quad stereo speakers tuned by AKG, an in-display
fingerprint scanner.
But there's no headphone jack and Samsung won't provide dongles in the box either.
It's priced at $650 for the base variant and the release date will be late August.