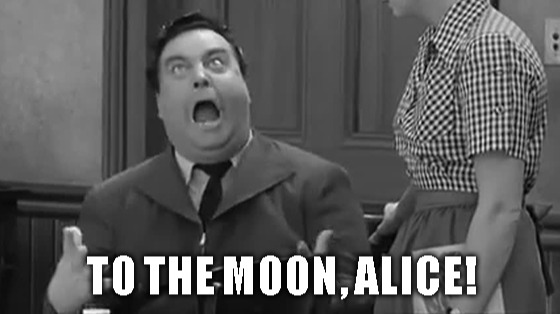 Not Quite There Yet...

Every cycle has certain phases to go through and the Wall Street cheat sheet paints them so accurately. Before every bear market there's always an euphoria phase that ends up the party in style. We haven't been there. The crypto market has added about $2 trillions in total market capitalization since the end of 2020, but nowhere near the blow off phase.

There are altcoins that have pumped like crazy, BTC has hit a local ATH of 3x its 2017 peak, but no sign of euphoria yet. It all happened so smooth and natural. You can call that the halving effect and the natural inflating phase of the crypto prices.

From what I remember, there was tons of crypto related content on youtube, there were promoted videos, lots of teenagers were doing TA in their parents basements, Tron was the shit and Cardano its lieutenant and XRP was supposed to become the standard.

The price predictions that you could read or hear from all sort of so called crypto gurus were insane. Like literally insane. Despite most of the alts being in a parabolic movement, these guys were putting them way higher than they've achieved. It was like this bubble was supposed to be inflated forever without popping. Guess what, it popped...

Every shitcoin out there was mooning, no exception. I remember that when I was looking at charts on coninmarketcap on coins such as IOTA for example it was unbelievable. In just one year it has managed to do a 420X. We haven't got to that level yet. Yes, we have 50X coins but most of them haven't even reached their previous ATHs and I tell you they'll all do that. No exception.

I bought NXT at $1.95. A shitcoin that was valued most of the year of 2017 at around $0.03 was got to $1.95 during Christmas Eve and I blindly bought it. This shitcoin has basically rekt me. I have narrated the situation for many times on my blog, but had to mention it just to underline how a euphoria phase looks like. Logic is simply thrown out the window during such times.

I don't know how many of you remember it, but Bitcoin was supposed to get to at least a quarter of a million back then. Despite being a $1,000 asset at the beginning of 2017, the majority was not seeing a five figures peak for it. Well, it seems that $20,000 was the top and a hell of a decent one, but almost no one was satisfied with that little money. That's how mass euphoria looks like.

I wasn't on Steem in 2017, but I remember checking on some old posts when I joined in 2018 and some payouts were basically insane. $1,000 per a traveling article was simply mind blowing for me. You could live pretty decent in here with $1,000 a month and one could probably score a few of these per month back then. We're not there yet. We don't have $1,000 posts on Hive, or I haven't seen any so far.

Even the no coiners of no coiners were getting into crypto. I remember that the friend who brought me to crypto told me about some colleague of him that I also personally knew who bought his first ETH at $800. I was amazed. He didn't even understood crypto or knew very well how to use a wallet, but still interested in crypto. I haven't heard of a similar case so far this bull market.

All the above are metrics that scream euphoria phase for me and to be honest we haven't touched any of them yet. I don't know if we can still say we're early in this bull market, at least not in the case of DOGE, but the blow off phase is not here yet. I don't know what the catalyst will be for Bitcoin reaching six figures and alts going crazy, but I do know there's gonna be one, or more. This bull market can't end in such a tamed manner. And if it does that then Bitcoin is a failed asset.

Worth mentioning is also the fact that we haven't had a proper altcoin season yet. We had alts pumping, that's for sure, but not an alts season. You can easily draw such a conclusion when you check the BTC pairings for alts. A lot of U shape formations, but still in works, and alts are still a significant portion of the market. It's not like those don't matter anymore. There are some cyclical processes that need to occur and we haven't gone through all of them yet.