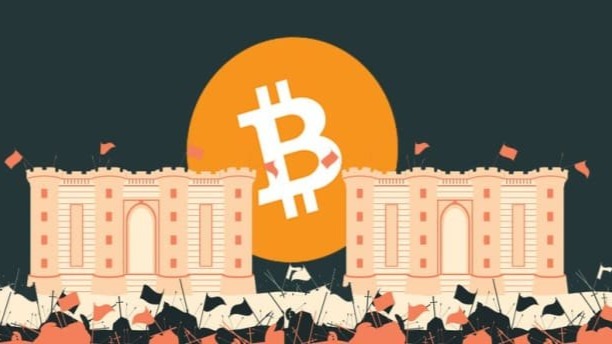 Ignoring Bitcoin at This Point is a Death Sentence...

In the early '20s, soon after the WWI ended both the German mark and the Austrian krone have both suffered an immense devaluation against the dollars, pounds and almost any currency in the world, leading to insane levels of inflation and extreme poverty for the average citizens of both countries.

We are in a situation right now where we have a world power like Russia being isolated by most all of the world through all sort of sanctions and bans, despite the fact that Russia is still a major exporter of gas and oil, this situation leading somehow to scarcity and price spikes for such commodities.

Vladimir Putin has stated lately that the country is willing to accept trades with "friendly countries" such as Turkey and China by using rubles, liras or the wuan and even gold. That situation somehow takes us back a few decades in the economical and financial progress and somehow is also weighing quite heavily on the "de-dollarization process" that might be taking place.

“I believe that it(BTC) has value. But I don’t believe it can be used in the oil trade.”
-Putin on Bitcoin less than half a year ago 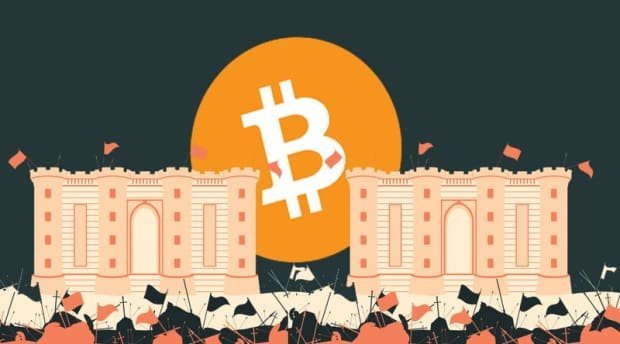 Now we have an announcement coming from Pavel Zavalny, the chairman of the country’s Congressional energy committee, saying that they are taking Bitcoin into consideration as a means of exchange for their natural resources exports towards China and Turkey.

Imagine that... Two countries that are in a war with Bitcoin are now in a position of being able to trade with another country that is in a physical war with Ukraine, by using Bitcoin...

I don't know about Turkey, but I sure bet China won't engage in any trade with Russia using Bitcoin. Another thing that comes to my mind now is if Putin had already "mentally invaded" Ukraine when stated the above mention opinion on bitcoin.

Exxon Mobil (XOM +0.4%) is running a pilot program using excess natural gas that would otherwise be burned off from North Dakota oil wells to power cryptocurrency mining operations and is considering doing the same at other sites.

Have I told you already that there will be a war on Bitcoin?

There's going to be a war on Bitcoin and there's nothing you were thinking of. This time we're talking the war over supremacy in Bitcoin, the war over adopting a technology that once was ridiculed, trashed and suppressed and not that war against it that some countries have dwelled in.

That's what I was saying in a post just one month ago and now we are in a situation where countries are on the edge of fighting over Bitcoin. I know it sounds ludicrous, but a new type of gold shall emerge "out of the darkness" and that's Bitcoin. If there's one thing I learned while reading When Money Dies by Adam Ferguson is that during inflationary and hyperinflationary times cash should be your last choice of storing value.

We might even get to a point where we will be bartering instead of simply buying stuff with cash... We might...

We are not yet facing hyperinflation across the globe, but we are in a position where traditional currencies and economies are challenged and that's when new technologies such as Bitcoin shall emerge out of anonymity and thrive. Ignoring Bitcoin at this point is a death sentence. Prove me I'm wrong...