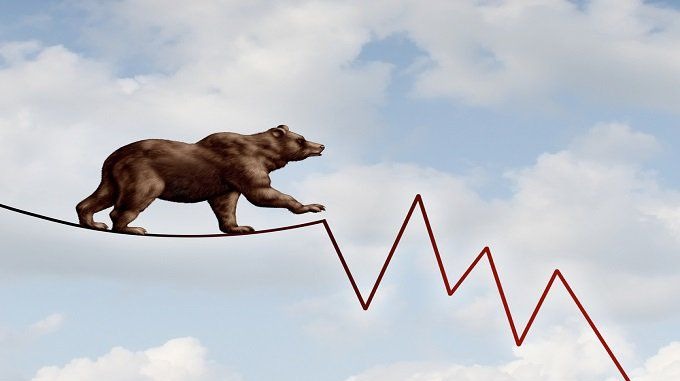 Buy When There's Blood On The Streets, Even If Its Yours...

...But who's actually buying crypto at the discounts the market has offered us recently? I'd say not too many, although there have been quite a few that would have loved to buy LTC under $300 for example, or BTC under $55,000 or HIVE under $0.5. The reality is that most of the crypto participants are not good investors at all.

I just got a call from a friend who leverage trades on Binance to tell me how he got rekt... again. He's shorting on uptrends and longing on mass euphoria and optimism. Good luck with that, I'll stick with my plan though. I have some time frames to start my DCA, and some price targets and I'm going to stick to that.

Don't care what tomorrow or after tomorrow has in play in crypto and honestly I don't think anyone knows. The rumors are that this dump has been caused by some FED and crypto money laundering rumors, that I don't see as viable at all considering that the FED will not put out future plans in discussion groups. If it was something serious CNN and CNBC would have known about that before crypto twitter.

The other narrative is that there was some blackout in Xianjing, China causing a 40% hash rate drop... Many causes could have triggered the dump, but one thing is sure, $10 billion of long liquidations in just a few hours is a lot of rekt money...

The bull market is not over yet, I'm 100% because I can't imagine a bull run with cryptos such as Litecoin for example that haven't even gotten to its previous ATH and the only alt to paint a bull market euphoria phase chart being DOGE. The bull market will resume. If I'm wrong and that was our long awaited bull market then my place no longer belongs in here.

This thing doesn't make any sense and that would actually be a failed bull market. I doubt that's the case though. I believe that we still have a few months, up to half a year I'd say for growth in prices and we're gonna witnesses some parabolic rallies across the board by the end of the year, not just in the case of DOGE.

Nothing against DOGE, it has proven to have such a strong community and many of the investors that put their money where their mouth was with this meme coin have made good profits. I could have been one of them if held my 250,000 stack that I owned during the bear market, but too late for regrets now...

Don't regret not having a selling stop limit on this dump because the market will soon head North once again, but if you regretted not buying alts a few weeks ago, here's your chance and you should take advantage of these discounts. I don't have any cash left for investing, but not selling either...

Hope you are having a fantastic day despite the dump and see you to the next one.