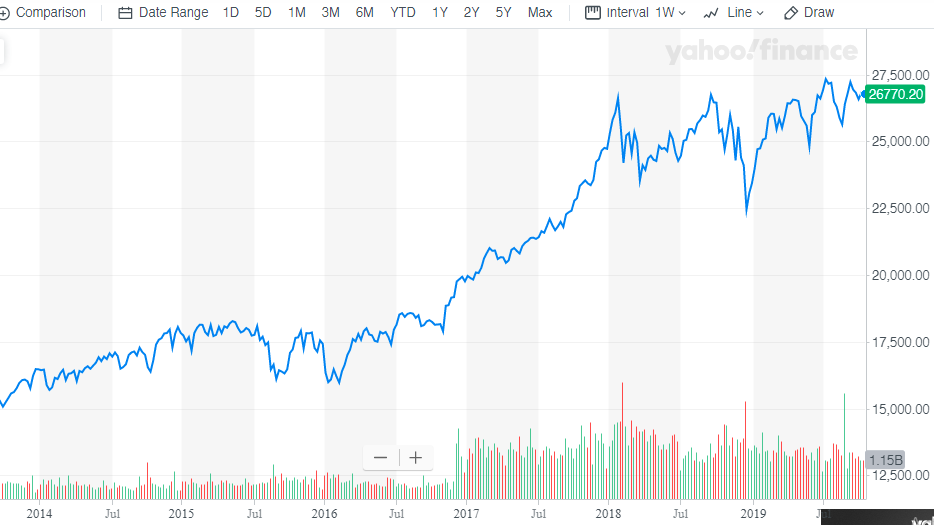 There are several definitions and explanations for an economy bubble and the probability of a crisis coming. I'd like to refer the one I feel confident with, from the book "FINANCIAL MARKET HISTORY" by David Chambers and Elroy Dimson, published by University of Cambridge, Judge Business School.

They refer to bubbles and crisis as "Booms and Crashes" as they explain:

What is large? What is rapid?

They define booms in two ways:

(1) a single year in which a market value (or cumulative return) increased by at least 100%,

(2) a period of three years over which the market increased by 100%.

This second definition is chosen so as to include the famous US bubbles of the 1920s and 1990s.

And a bubble is also defined in two ways:

(2) a drop of at least 50% over the next five years. There are other ways to use price dynamics to define a bubble.

So how does Dow Jones look like right now?

if you look at the chart of DJI in this post, you can notice the obvious uptrend in one and three years time have had enough corrections which results in less than 100% rise in each period. So this can not be considered a bubble (according the given definition, there might be other definitions and theories with different conclusions)