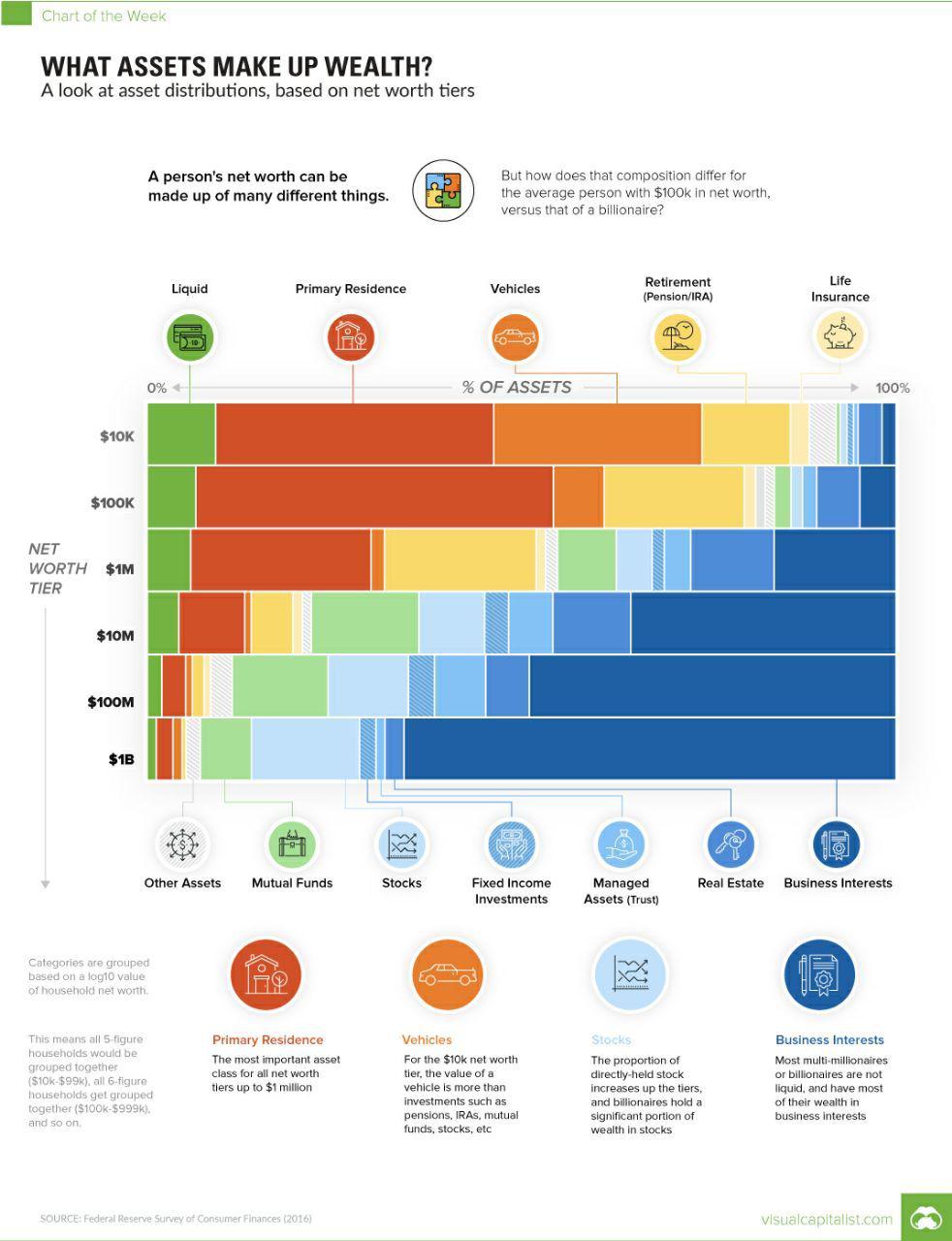 How the wealth changes in generations?

wealth has been an issue for centuries. from the moment human being started to stay in a place and develop and construct, instead of traveling and hunt, the concept of wealth, became more important.

for many years gold and other metals were the symbols and evidence of wealth. later in modern world, aspects of wealth changed to other properties like real estate.

then the economy changed again and power of production became the aspect of wealth. mass production was born in this era. after the world war I, the power of compound interest rate became magical and banks and funds got stronger than ever.

The demographic above can be read in two different ways and both are very informative and inspiring:

The first can bring you to many studies but the second approach can change your entire life!