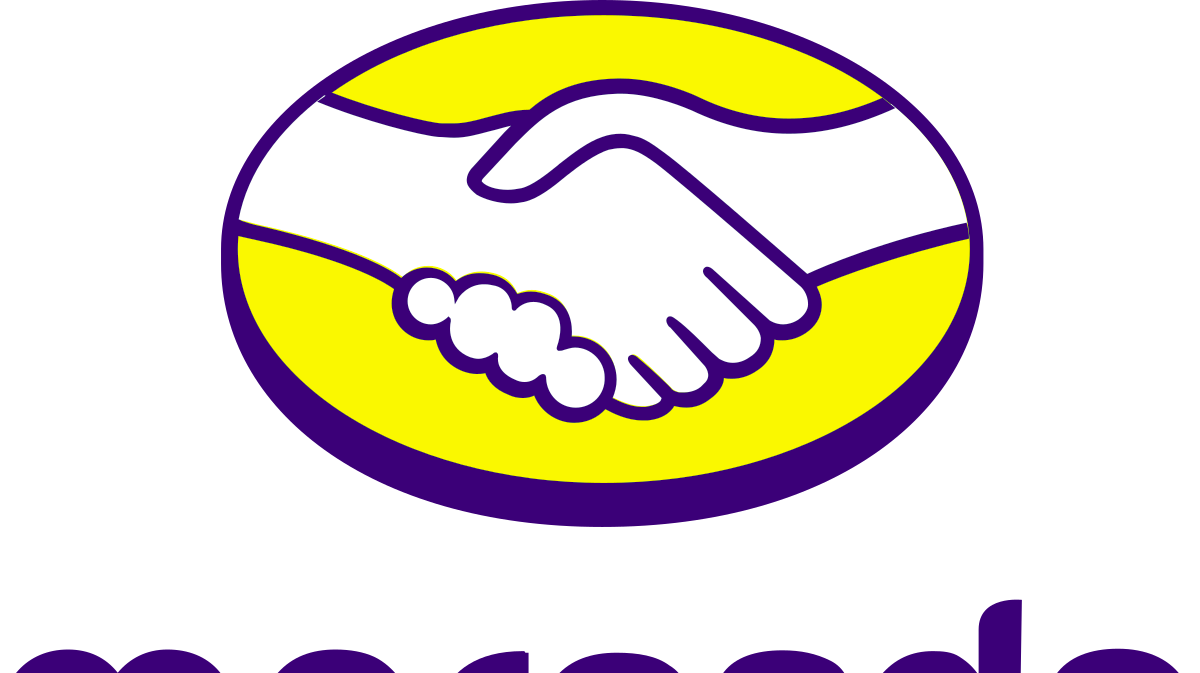 MercadoLibre: Latin Diamond in the Rough

Who is MercadoLibre? Why are they special? Where do they operate their logistics & e-commerce network?

Just conservatively adding those up, MELI currently serves a TAM (in just those countries) of 622 million people, which doesn't include Haiti (11M), Paraguay (7M), Nicaragua (6M+), El Salvador (6M). MELI not only has 30 million or more potential customers in those 4 countries, but also could provide the foundation for SMEs to grow in a region that has been left without many of the opportunities available in the United States. To put it in perspective, that's nearly twice the current population of the United States AND Canada. Latin America's economic development might appear to be stunted in the eyes of the casual observer, but to someone who reads between the lines, there is something that is being missed by the majority of Wall St analysts and talking heads on CNBC.

That 622M people figure is just a conservative estimate of who MELI COULD serve right now, were there to be 90-100% internet penetration (not even close) in Latin America. Without diving too deep into the specifics, MELI is actually creating the networks necessary to support regional business and fast service, a la Amazon (or the attempt to compete with Amazon on same-day delivery by Walmart).

In the United States, there are centuries-old, established transportation and logistics networks that have been in place since before the era of the railroads. Companies you've grown up with, like UPS and FedEx, have brought you packages from around the world, to your doorstep. That is a big part of MELI's overall business plan. Their executives and business planners have learned, from Amazon, the importance of creating and managing your own logistics infrastructure.

Traditionally, infrastructure investments have yielded some of the best returns of the last several decades. Vital, mission-critical logistics like final mile delivery are central to MELI's creation of a giant moat. It's not just that they have been able to grow market share consistently since their inception, but they've been able to spend money where they need to, in order to better advertise and market their services to consumers.

Think of MELI as not just the dominant e-commerce platform in Latin America. They're also pushing full-steam ahead with their payments platform, Mercado Pago. Last year, PayPal, MasterCard, and VISA invested $750 million USD into MELI. That has led to the integration of Mercado Pago into much of the internet commerce in Latin America, similarly to how PayPal grew to become a vital part of electronic payments infrastructure globally, with over 325 million users.

Mercado Pago has the opportunity to leave PayPal behind in the user count, with barely taking advantage of HALF the TAM so far in the countries it operates in. I will touch on Mercado Pago, Mercado Envios (logistics) and Mercado Credito (lending) in the financials section ahead.

How did 1Q20 earnings look for MercadoLibre? 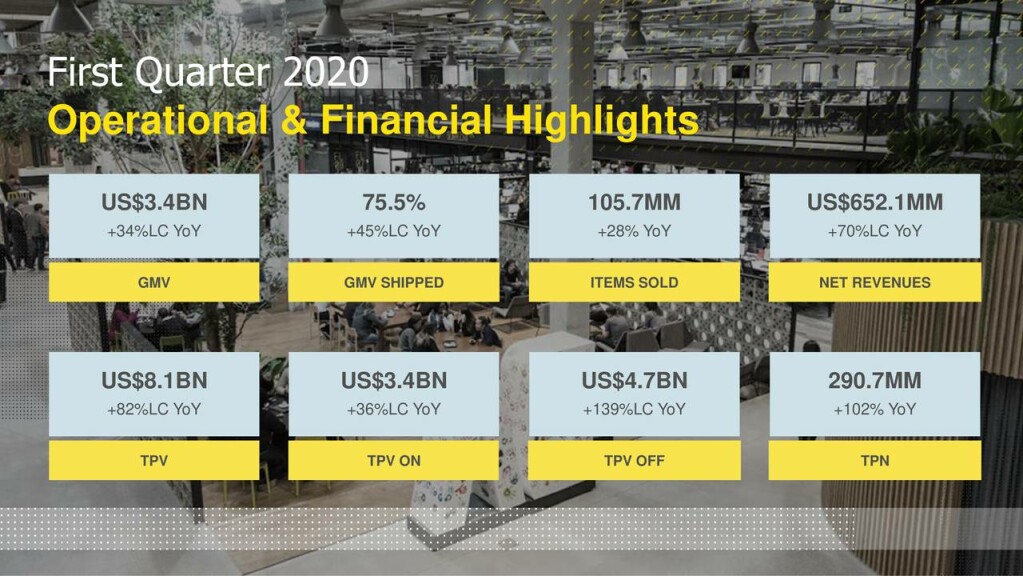 The last two numbers are the most important, in my opinion. TPV Off-platform involves the integration and expansion of Mercado Pago into the greater internet commerce industry at large. a 139% increase in anything is impressive, but this was BEFORE Covid-19 shutdown the majority of the in-person economy of the world. The casualty numbers coming from Brazil are startling, but the shift to doing shopping for household necessities online has accelerated dramatically. Earlier this spring, MELI announced a $400M investment into Mexico, directed towards better marketing in the country and improving the customer experience.

With the massive shift to online purchasing, MELI is set to reap the rewards. A 28% YoY increase in total items sold shows that MELI is growing like a weed, with net revenue increasing 70% YoY and Total Payment Volume (on-channel) increased 82%. For a company that is just beginning to build out its logistics, that level of growth is nothing less than incredible. Rarely do you find a company with such a dominant position in a market, especially one as important in the digital age as e-commerce, with growth rates over 40%. 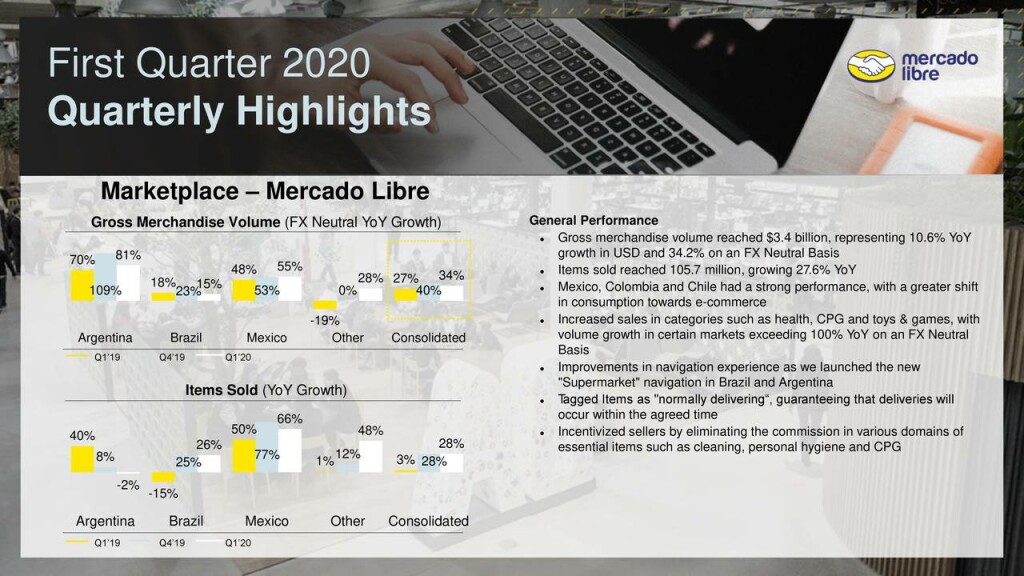 One very important thing to remember is that MELI's earnings and revenues are all converted from the native currencies from places such as Brazil, Argentina, or Mexico, each of whom has been subjected to a very large fluctuation in FX rates with the USD over the last 12 months. 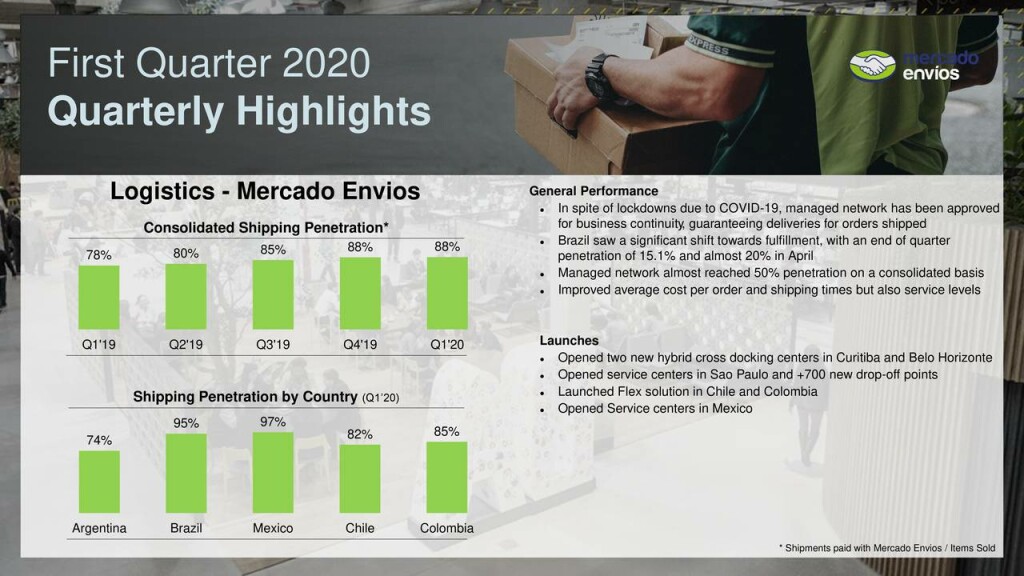 Logistically speaking, Mercado Envios has been making inroads everywhere. Shipping penetration in Brazil and Mexico are above 95%. Since those two countries represent MELI's biggest markets, that is a positive development and leads me to hold a very bullish view towards future progress in penetrating the shipping markets for the rest of Latin America. 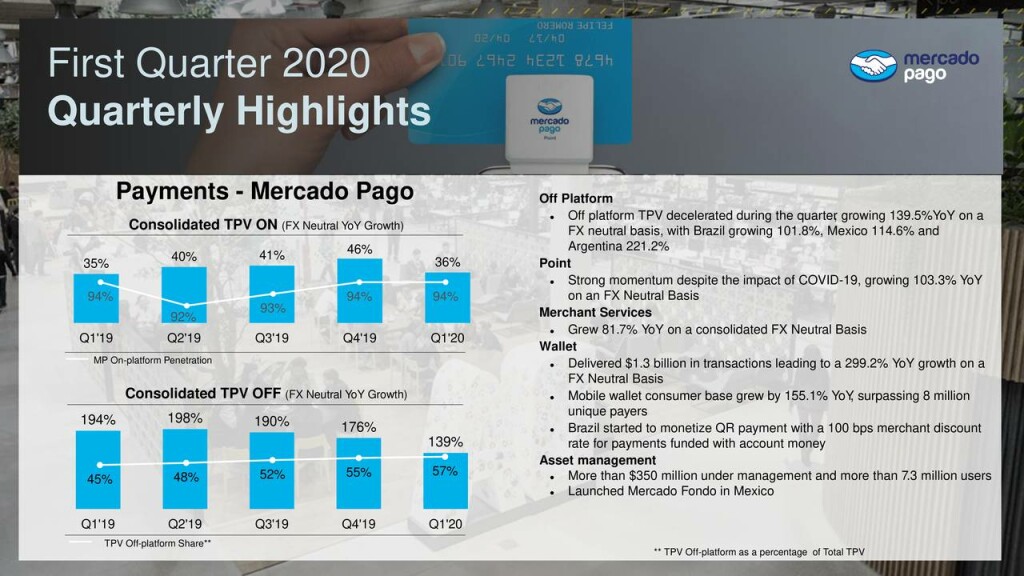 Mercado Pago showed extremely high growth rates, both on-platform and off-platform. Triple-digit Off-Platform TPV increased 101.8% in Brazil, 114.6% in Mexico, and 221.2% in Argentina. The 3 largest markets MELI serves are all experiencing exponential growth at this time, without factoring in the past 3 months of growth which will be announced on July 30, 2020. Deceleration should be expected, due to the covid-19 crisis forcing a paradigm shift in Latin American purchasing by consumers. Much of the region is still dominated by cash payments for commerce. Mercado Pago is leading the charge in capturing the huge un-banked population in Latin America, and digitizing their purchasing power will lead to a lot more growth in the future for MELI as a platform. 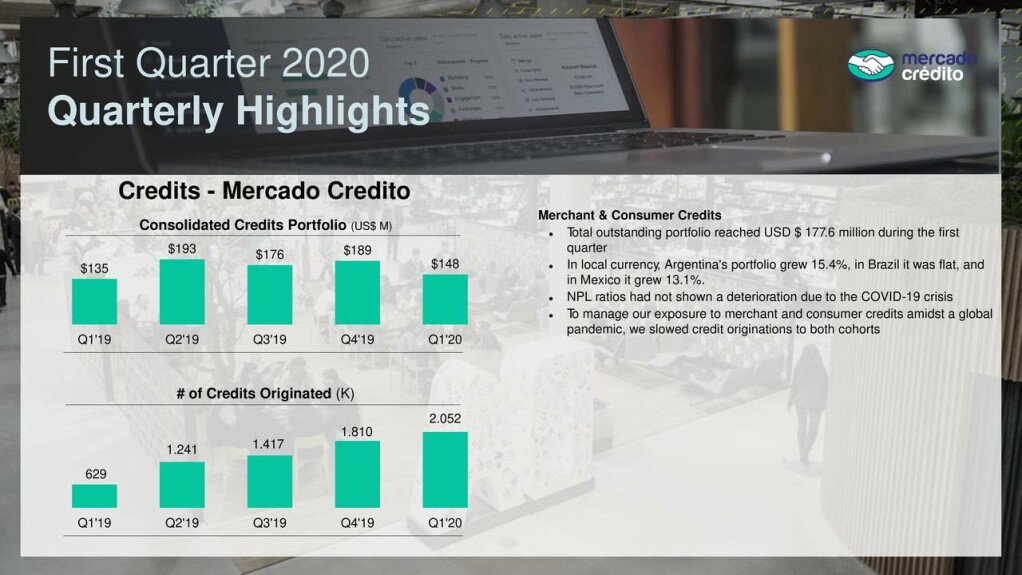 Mercado Credito is one of MELI's newer offerings, providing SMEs with business loans as well as giving the people of Latin America an alternative to the legacy banks of the region, such as Itau Unibanco, BBVA, or Banco de Chile. This segment of the business should be watched closely, as it is a risk that the company is willing to take on in exchange for providing loans. Looking only at the numbers provided by MELI, Mercado Credito seems to be moving forward with consistent growth in the number of loans originated. Between 4Q19 and 1Q20, # of loans originated increased by 13%, which slowed down a little when compared to the time-frame between 3Q19 and 4Q19, which increased by 27.7%. MELI states that covid-19 has slowed down their # of originated loans, which makes sense, seeing as the company wants to see how this situation continues to shake out before running full-steam ahead. 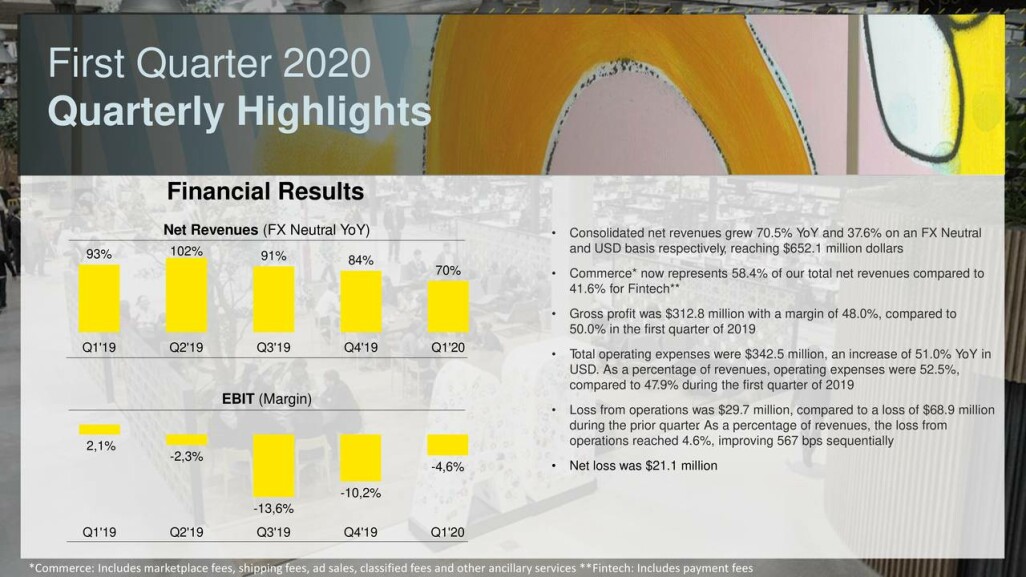 I am not an analyst who trusts EBIT and EBITDA numbers, because companies are able to financially engineer a number that might be more appealing to shareholders. Seeing as MELI is not currently profitable (as of July 29, 2020), it's good to see the EBIT margin has approached net zero. Shrinking negative EBIT margins by more than 50% between 4Q19 and 1Q20 is a good look, and I would expect with 2Q20 earnings to see further improvement in that margin.

Do take note that as of 1Q20, MELI is now earning 58.4% of its total net revenues from commerce, compared to 41.6% from fintech. Losses from operations were cut more than 50% from the prior quarter (4Q19). MELI's management has stated that much of the costs that have affected their margins were due to increased advertising and marketing expenses. They then used those investments to work towards increasing market share in Mexico, where they are competing with Amazon and Wal-Mart, and in Brazil, which has the largest addressable market in Latin America. 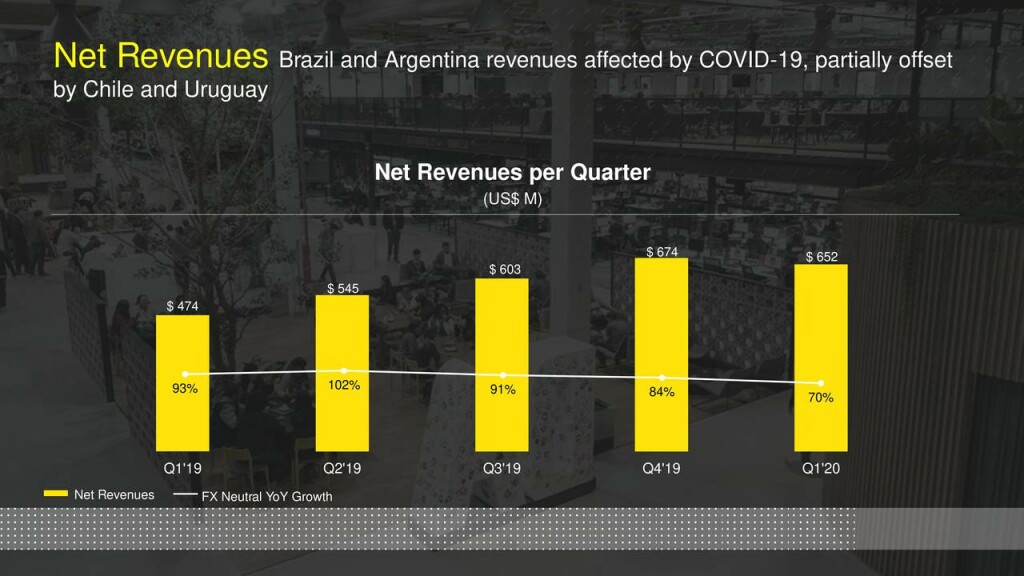 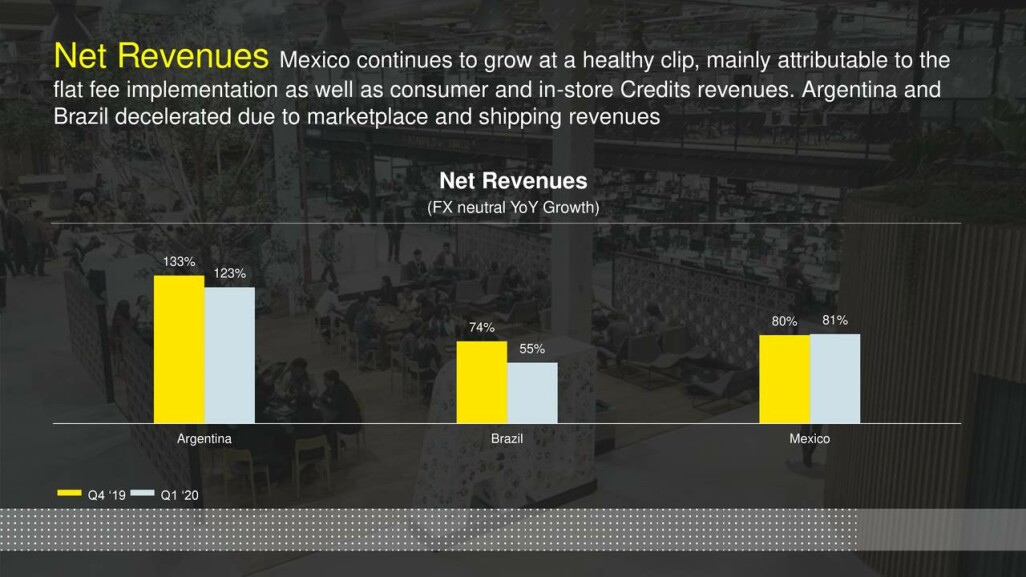 Finally, a breakdown of the two main segments of MELI's business, Commerce & Fintech by Net Revenues: 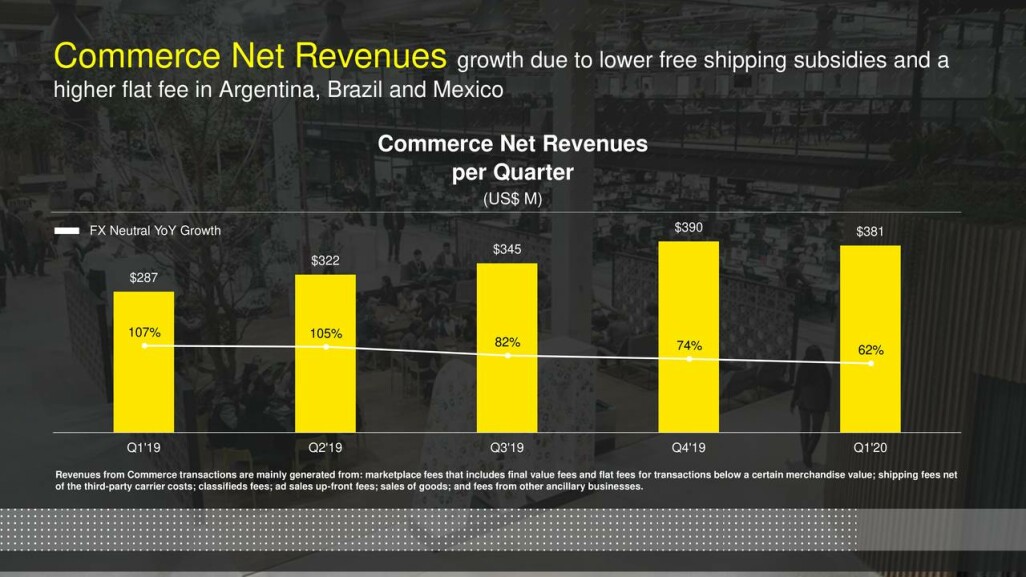 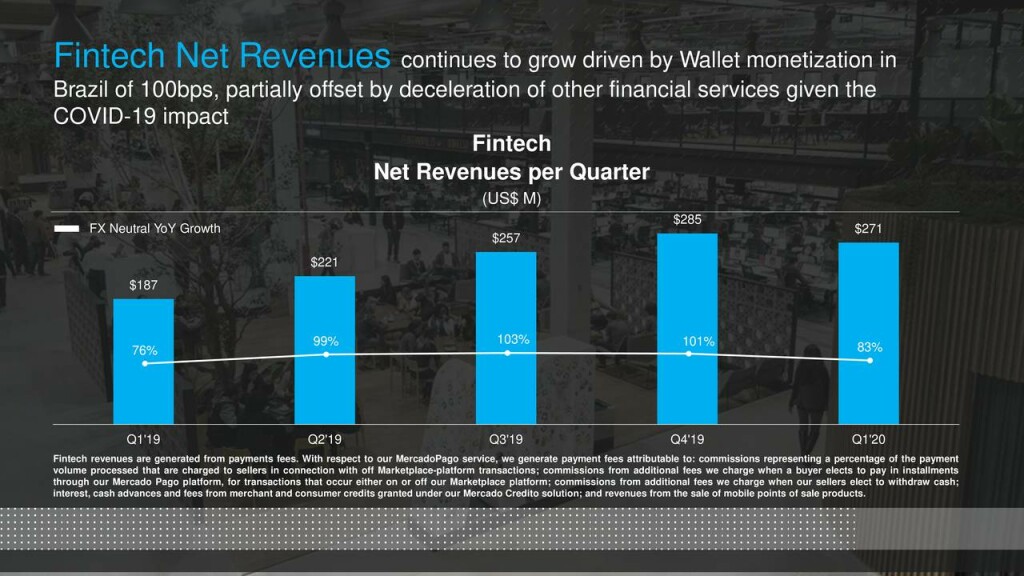 So the stock is over $1100/share, isn't that really expensive?

I know what you're thinking, $1100 is a lot of money to buy one share of MELI. Let me breakdown the share equity to show you why the shares might be worth picking up if you look at the company from a stock supply-and-demand perspective.

So when you see the share price experience these violent swings up $100-$200 after prior earnings beats, it's partly due to the incredibly-low share float combined with minimal short interest.

In the trailing twelve month period, MELI has produced $227.07M in operating cash-flow.

Fireside DeFi is a podcast bringing you a hot take on everything in the world of crypto and decentralized finance, hosted by Flynn Jameson & MB Sharpe! https://cointr.ee/firesidedefi

Arrr, I'm R3dbeard the Pirate, and I specialize on research & financial analysis of higher-growth foreign companies. As an historian, I have spent my life looking into the past, so that I may have a better understanding of the future. I have enthusiastically followed the public markets since 2003, and with 11 years of personal investing experience, I have a pulse on the global equities markets. My introduction to cryptocurrency came during the 2017 Bitcoin bullrun, and I have been an enthusiast since!