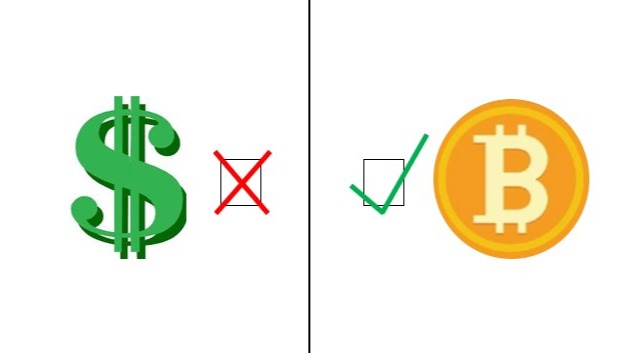 People love money. And there’s nothing inherently wrong with that. After all, money is simply a tool we use to transfer the value of our time between something we’ve done in the past to something we want or need in the future.

What is inherently wrong though is the quality of our money. For starters, governments control what we can call money, and they’ll throw us in jail and threaten us with their militaries if we try to not comply. If that isn’t bad enough, once they’ve coerced us into using their money, they slowly steal the value of our time by inflating away our portion of the supply through money printing.

The age-old adage of “money doesn’t grow on trees” should be nowhere more apparent than in governments trying to convince citizens that they can create money out of thin air without any repercussions. There are repercussions and we all suffer the consequences of their manipulations. Just look at the value of the U.S. dollar over the past 110 years for example: 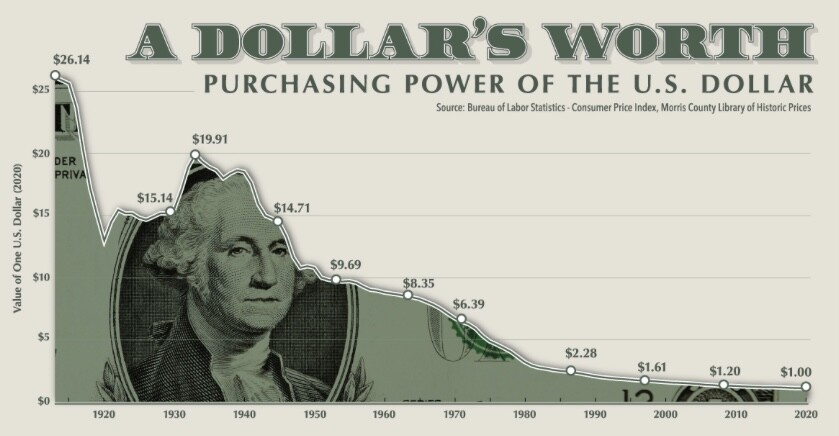 All is not lost however. Money was once great and it can be great again. The cryptocurrency Bitcoin solves many of the deficiencies we’ve experienced with modern money, including the two we already discussed:

Firstly, governments don’t control Bitcoin and they couldn’t even if they tried. The network is too decentralized and more miners and nodes are added to the network everyday, furthering the separation of money and state.

Secondly, money printing is simply impossible on the Bitcoin blockchain. Bitcoin has a limit of 21 million coins and changing that limit would require someone to convince millions of people the world over to convert from a money that doesn’t lose value over time to one that does.

Bitcoin is by far the greatest iteration of money that the world has ever seen. I’m so convinced that our monetary and financial networks will soon run on top of Bitcoin, that I’d like to help one person be better prepared for that future by gifting them some Bitcoin:

Participating in this Bitcoin giveaway is easy:

Good luck on your Bitcoin journey in 2022!

(1) Winner will be announced on my Twitter and emailed directly on January 31st!

*Can I still enter if I’ve already subscribed to your newsletter and/or followed you on Publish0x?

*How much Bitcoin will the winner receive?

This giveaway is not endorsed or managed by Publish0x.