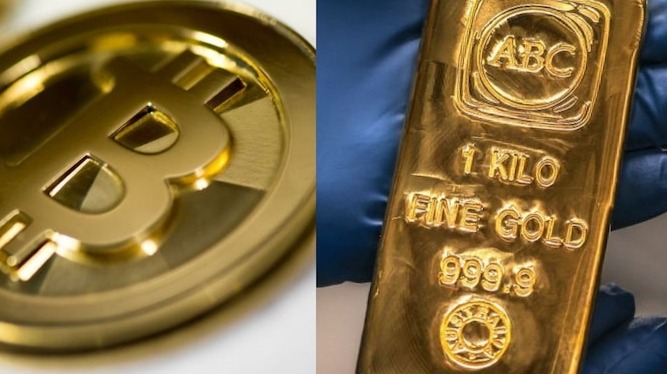 What's better: meme coins or digital gold? A blockchain analyst weighs in on the future of cryptocurrency markets.

What's better: meme coins or digital gold? A blockchain analyst weighs in on the future of cryptocurrency markets.

According to Paul Brody, global blockchain head at EY, the cryptocurrency ecosystem might split into three markets, and people may cease talking about crypto as a single entity in a year.

According to Coinmarketcap.com, bitcoin and ether have had a wild ride in recent weeks, with billions of dollars wiped off their market value.

Bitcoin, the most valuable digital currency by market capitalization, fell over 30% at one point, hovering around the $30,000 mark. According to Coin Metrics, it has subsequently largely recovered to current prices of around $38,090.

On Tuesday, Brody told CNBC's "Street Signs Asia" that there are three "quite different" storylines going on in the cryptocurrency market.

1. ‘Meme coins' are a type of currency that has become popular in recent years.
The first is what Brody refers to as "meme coins," such as dogecoin, a digital asset that began as a joke. Its dramatic price rise, on the other hand, hasn't been amusing. According to Coinbase data, dogecoin has increased by more than 7,000 percent since the beginning of the year.

This type of cryptocurrency "might be classified as investing as fun," according to Brody.

“It's difficult for me to forecast where they'll go,” he continued, “but I don't view them as having a very bright future in the ecosystem.”

2. Bitcoin as a form of 'digital gold'
According to Brody, the next phase of the ecosystem focuses around bitcoin. The digital token has been mentioned as a potential competitor to gold as a safe-haven asset and inflation hedge. Still, when compared to gold, bitcoin's price volatility is far higher.

Bitcoin, on the other hand, is “better than gold” in some areas, according to Brody.

“People mine more gold when the price rises, but you can't really do that with bitcoin,” he explained.

The cryptocurrency is limited, with a maximum of 21 million bitcoins available for "mining" — more than 18 million are now in circulation. New bitcoin is created by computer users who solve difficult mathematical riddles, which take a lot of time and effort.

“If everyone gets into this idea that you should have some amount of your... portfolio in bitcoin, it will encourage a lot of participation,” Brody said.

Bitcoin's exact role in an investing portfolio is still up for debate, according to Societe Generale analysts.

“The Ethereum ecosystem is the third ecosystem that may possibly diverge here,” Brody said, adding that it creates a “whole business ecosystem” around sectors like decentralized financial services and storage.

He went on to say that it would be "driven by demand for those services and the growth of that ecosystem."

Mark Cuban, a billionaire investor, is a strong proponent of Ethereum, claiming that "the quantity of transactions and the range of transaction kinds, as well as the development efforts in Ethereum surpass bitcoin."

Meanwhile, Aswath Damodaran of New York University told CNBC last week that ether, the cryptocurrency based on the Ethereum blockchain, has a “better shot” of becoming a commodity than bitcoin.

Brody, for one, believes that "in a year, we'll stop talking about crypto as a whole — and start talking about the Ethereum ecosystem or the bitcoin value proposition."

Hi Guys This is me

hi guys I'm Erik van tools aka music producer and crypto enthusiast I want to share with you all my knowledge and daily activity I hope we will have a lot of fun together https://www.youtube.com/watch?v=Rik2PtHB99s